A fairly settled week has allowed the boat angler to reap the benefits with good sized codling and bigger bass now showing. The whiting shoals are increasing in numbers and those bigger bass will be chasing and feeding on them. John Clarke fished from his own boat on the Gunfleet sands and caught the biggest bass of the week weighing in at a hefty 11lbs. It’s not John’s biggest bass this year, he landed a 12 pounder at the beginning of the season. 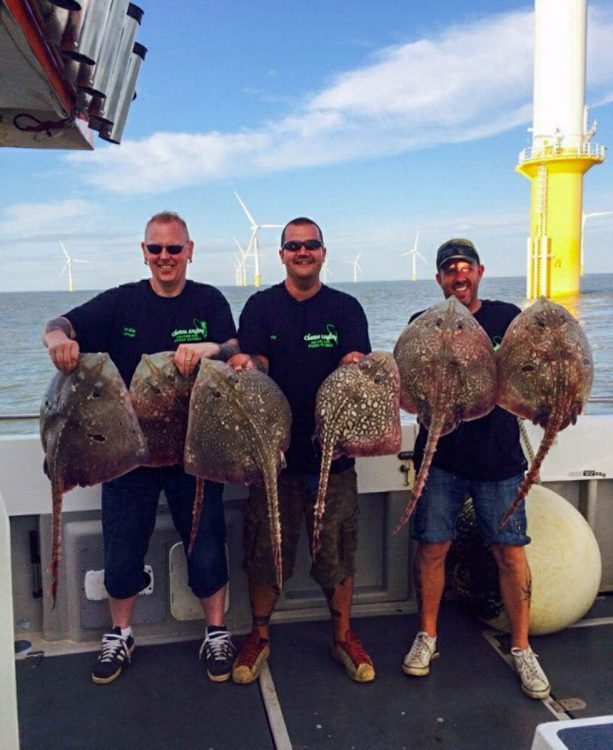 Clacton Boat Club members Paul Evans and Les Bruce headed for the wind-farm but a choppy sea forced them to move in closer to the shore and it proved a good move, as they ended the session with some early autumn codling to 3lbs plus lots of whiting and a solitary ray. Boats from the Gunfleet Sailing Club at the Holland end of the seafront also reported some good fishing to be had. Dave Hollands and Rocky Rochelle found the codling feeding and caught fish to 4lbs, plus rays and smoothhounds. Dave also told me that there seems to be quite a few large eels being caught.

The beaches and piers have also had a reasonable week. We now have more new sea defence beaches open at the pier end of Clacton and I travelled down there with some friends from the Clacton Angling tackle shop. We fished a flood tide in torrential rain and thunder and lightning, but it didn’t put the fish off. I had a small thornback ray on my second cast and between us we had bass, sole, eels, pouting and three very large lobsters, plus a good soaking. Simon Edwards also headed for these new beaches on a night tide and landed a ray of 6lb 5oz

Clacton Pier at the weekend saw the return of the thornback rays and local angler Brian Griggs landed a 10lb 5oz ray on a night tide and is the biggest fish from the pier for a while. Sole and school bass seem to be the mainstay for the Frinton beaches, with reports that the Polebarn Lane area is producing some good sized sole on ragworm baits.

Colchester’s Paul Packman fished the pier and caught two plump early autumn codling on ragworm and squid baits. The Coast Guard beaches are also catching sole and some bigger bass, although weed has been a problem in any tide run; the Naze beaches are seeing lots of weed on the lines.

If you have any fishing reports you can send them to me at popplewell1@btinternet.com

Sea Fishing For Summer Smoothound – Curse Of The Camera