As we are now into the autumn season I thought we would take a look back at our summer on the east coast and how it has fared compared to previous years. As April arrived so did the thornback rays, in abundance. The boats had been catching them from early March, but by April the first of the rays had hit the piers and beaches, and once again Clacton Pier had seen the first well before Walton Pier, which was a month later. 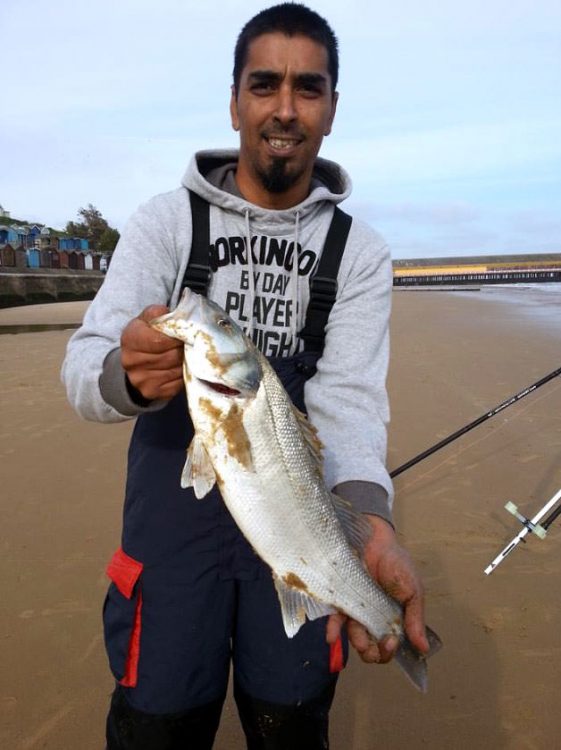 May saw the first bass for the boats, although they were slightly later for the beaches, and on the whole the bass stocks seemed to have dwindled this year, with not so many big bass caught, but still quite a few in the 1lb-2lb range for the beaches. June came in with stingrays being caught once again on the famous St Osyth beaches. Fish to over 40lbs were being caught with regularity, which was far better than last year. Once again those smoothhounds failed to arrive to our shore line and it’s been some years now since we have caught any big hounds from the beaches, although we did see a few fish around the 5lb mark from both of the piers.

The boats had a good run of hounds, although on average these fish were somewhat smaller than we have seen in previous years. The tope also arrived on the further out marks and fish were caught to 40lbs, but once again it wasn’t a classic year, and bad weather stopped a lot of the fishing.

July saw the first of the mackerel shoals for the boats, but these fish were hit and miss and not appearing on all tides. We also saw a big tope weighing in at 45lbs for Mick Frost on the Sophie Lea. August was all about the bigger bass and I had some trips to St Osyth beach and had some great catches of bass in the 5lb-6lb range, plus reports of a few double figure fish from the boats.

On the whole it has been a good summer for both beach, pier and boat angler. The thornback ray size is slightly smaller than other years, but we are definitely seeing a lot more ray being caught in a longer season. The smoothhound season certainly hasn’t been as good and once again a smaller average fish has been caught. Bass have been at a premium and the European Commission brought in a three fish daily bag and a minimum size of 42 cm to help the fish stocks recover.

Clacton Angling Club headed for Walton Pier for their latest evening match; 75 fish were caught, which included bass, rays, sole, pouting and whiting. In top spot was Dave Collett with 211pts, 2nd place went to Rob tuck 162pts and close 3rd was Doug Sadler with 151pts. Heaviest fish bass 35cms for Dave Collett. Clacton Pier has had a good week with another in surge of thornback rays, with local angler Matt Stewart finding the biggest weighing in at 9lb 4oz. Chris Hayes also fished here during the week and landed a 3lb 2oz bass on a whole squid bait presented on a pennel rig.

The Walton beaches have been showing some late bass, plus whiting and a few codling, with Sameer Jafferbeg catching the biggest bass from the beaches to the right of the pier.