Once again the weather seems to be against us, although not particularly cold we are still being buffeted by high winds and usually at the weekends when everyone wants to go fishing. Hurricane Imogen has now hit us, although thank goodness not at the magnitude it was over the Atlantic.

It has been another pretty poor week, with boats unable to launch on most days, but those that have found a break in the weather have reported that the thornback rays are still feeding. The water temperature is still way above what it should be for this time of year and this is probably the reason why those rays haven’t moved in to deeper waters.

Unfortunately, we still have large shoals of sprats and herrings in the Thames Estuary which are adding to the problem of our lack of cod. 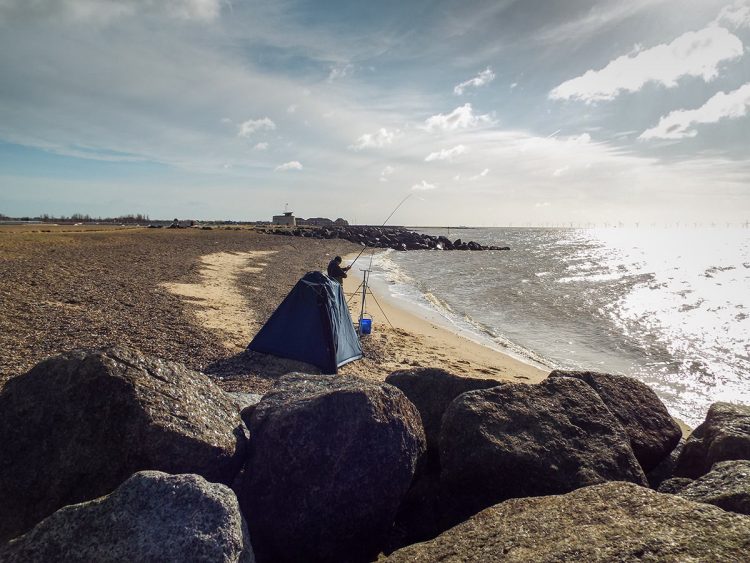 Walton Sea Angling Club held their latest match on the Frinton beaches, on probably our only calm night of the week. They fished over the top of high water and the first of the ebb tide, the fishing was slow to start, but as the tide began to run the fish started to feed. Mostly small fish – whiting, rockling, dabs and flounders. First place went to Rob Tuck who weighed in 2lb 13oz followed by Richard Burt with 1lb 14oz and Doug Sadler on 1lb 10oz. The heaviest fish prize went to Richard for his 11oz flounder.

Walton Pier is also seeing lots of small fish being caught, whiting, dabs and the odd thornback ray showing from the top of the pier. Still no reports of the elusive codling. The Walton beaches are fishing much the same as the pier. I had a trip to Burnt House breakwater and to be honest the fishing wasn’t brilliant, but I was kept occupied by lots of small whiting and dabs. The Holland beaches have seen a few small bass being caught, this shows how warm the water still is. Whiting and a few flounders seem to be the mainstay here.

Clacton Pier has also had a slow week with just a few small whiting, dabs and flounders.

The month of February is never a great month, we will always have the weather against us, plus combined with the sprat and herring shoals it really puts us into the doldrums. Things can only get better, and they will. By the end of this month we will see the spring codling feeding. Perhaps it’s a time to service those reels and make some rigs for the impending run of fish that will surely arrive very soon.

How to Tie Ade’s Sheppey Rig