The event this year took place from 2nd to 9th October. It started with appalling weather, wind and rain restricting marks that anglers could safely fish but what a cracking start. Loads of black bream to 3lb 13oz initially caught and backed up by several other species. For those that don’t know the format there are nine categories and to assist with conservation each fish is given a qualifying weight which is a tough one but reflects the quality of Alderney’s fishing. If you catch a fish above the qualifying weight then it takes one of the five places on the board. If the five places fill during the week then you need to beat 5th spot to get on the board so it gets harder as the week progresses. It involves a game plan around the venues to fish, the weather and of course the tides. Substantial planning involved for success in this brilliant event. 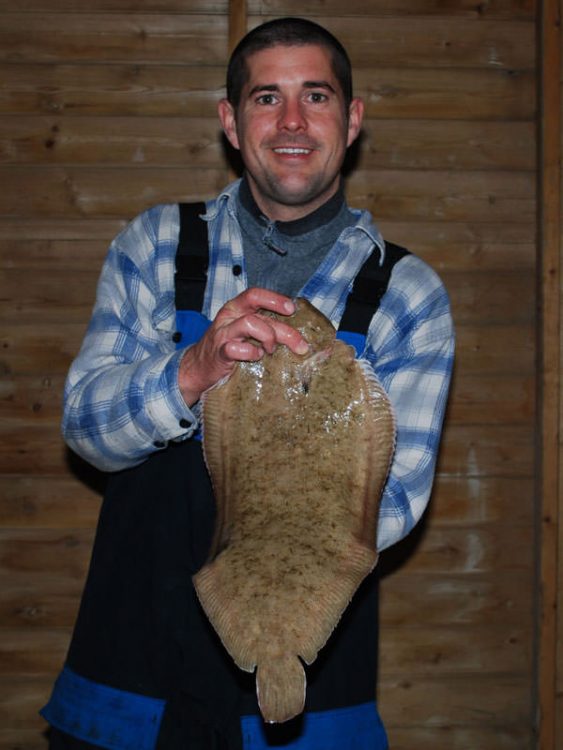 This year we experienced some really good angling. Even the sole/plaice category filled up which is unusual. Personally I had the best fishing in four years but only managed one counting fish, that’s just the way it goes. Matt Pitter finished with 16 species throughout the week which from the shore is simply fantastic fishing. It was good to see so many quality fish right through the range of species as you can see from the results published below. Fish that never made the scoreboard included codling, coalfish, dab, smoothound, blonde ray and red mullet, including one of 2lb 9oz. That’s how good the fishing was during the week. Many thanks to the 104 that turned up from the UK, Jersey and our nearby neighbours Guernsey; we know you had a good time and thanks for supporting the festival year in year out, its not a cheap one but your support is truly appreciated.

Congratulations go to Steve Harder and Andy Le Lerre for winning the Best UK Angler and Best Channel Islands Angler respectively, picking up £150 each. In each category there are cash and prizes to be won; 1st prize is £150, 2nd £125, 3rd £100 with 4th place receiving a ABU Ambassadeur 7000i and 5th collecting £70 of various Berkley Tec Tools. Team/Pairs/Veteran all receive cash prizes too. Here is the full list of the winners in each category and the full list of all top recorded fish can be downloaded here.

Danny Le Merrer caught a Twaite Shad which will now be in the record lists, it weighed 1lb 2oz 6 drams and Danny collected £100 for it.

THE VERMIN TROPHY FOR THE BEST PAIR

Many thanks too from Fieona and myself at the shop for supporting us so well. Also the Festival doesn’t work without the financial or physical support of our sponsors so many thanks to the following for all their help:

Thanks to Norman Butel for attending all of the weigh-ins to take photographs.