The high winds that we anglers have struggled with for the last couple of weeks continue. These unseasonable winds really do cause problems for both boat and shore anglers. Add in the sudden heavy downpours and it can be a bit of a struggle.

Saying all that, we are a hardy bunch in the face of adversity and some decent sized fish have been caught.

Local angler Mark Oxley fished the Frinton beaches on an evening tide and using big squid baits he landed a large thornback ray. Mark is no stranger to catching rays from these beaches as he lives just a stone’s throw away and has had a good share of the rays caught from these beaches.

Good news this week – Walton Pier has now opened for anglers, although the members’ area at the top of the pier will be closed for some repairs but will be open very shortly. 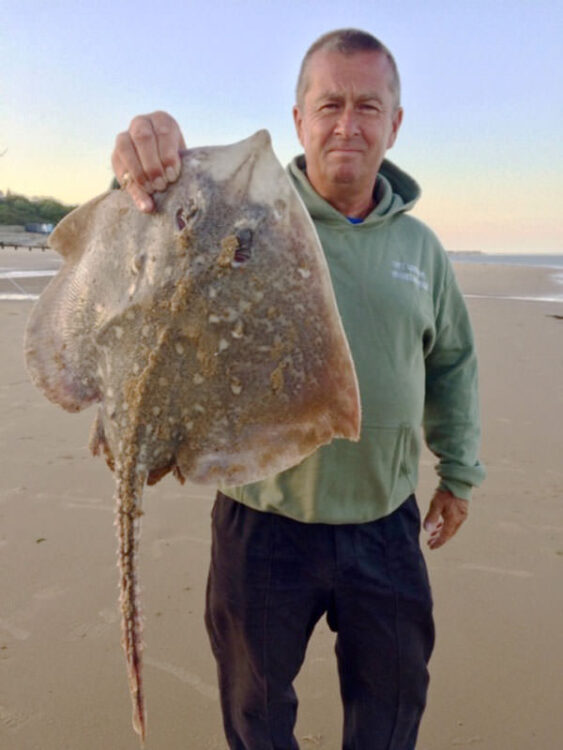 Once again, the Walton beaches have reported bass and soles being caught; by far the best bait is ragworm and the evening tides will fish far better when the crowds have gone home.

The Holland beaches have once again been fairly quiet, but weather conditions have been against anglers with a strong cross wind blowing along the beach making it very uncomfortable, although there has been the odd thornback ray and bass reported.

Clacton Pier has also opened to fishing, although currently it is only during daylight hours. St Osyth angler Peter Rose had a great day here landing four thornback ray plus eels and sole.

The odd smoothhound has also been caught plus bass and whiting are also showing now.

The Jaywick beaches have also been quiet, but lack of anglers could be the reason. The rocky breakwaters will produce some good size bass on lures and after dark sole will be feeding close to the shore on ragworm baits.

St Osyth beach is also going through a quiet period, although anglers that have fished on the night tides have reported the whiting are feeding well. Whiting are more thought of as an Autumn shoal fish but as we are now into July, dare I say those longer days are now drawing in. 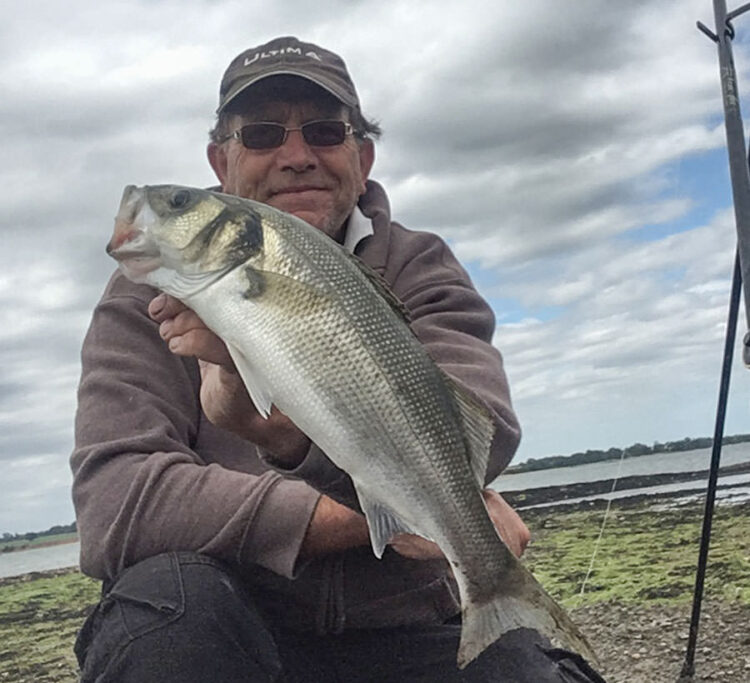 My trip this week was to the River Stour at Wrabness. The prevailing strong wind followed me and fishing the flood tide was a struggle. However, using frozen peeler crab baits I did find the bass feeding and had great sport till high water where I hooked an unknown fish that cruised up and down the tide until the hook trace broke! I can only assume it was a hard-fighting smoothhound, unknown from this area, but these pack fish have been showing up on other local river estuaries.

The boats this week, in between high winds and rough seas, have had a good week with bass, smoothhounds and rays. The bass this Summer have been on the small side so far, but with the whiting that are now starting to show the bigger bass will be feeding on them, so there will be always a chance of some big bass showing in the next week or two.

The Brightlingsea based charter boat Sophie Lea has reported some good catches this week with smoothhounds being the predominant species along with bass to 7lbs and of course those ever present thornback rays.

If you have any local photos or fishing reports you can contact me at popplewell1@btinternet.com

Conger Eel Fishing On A Reef