The Lancashire sea fishing has been very up and down this week just like the weather. Rafts of weed at the beginning of the week made it hard to present a bait without having to reel in every five minutes. Wind, rain and rough seas also has had a big impact on how many people have managed a session. Some of the anglers who have braved the conditions have been rewarded with some nice bass, pup tope and sole.

Fleetwood and District Angling Clubs fished the Gynn Wall last Sunday where they endured a gruelling outing. 17 anglers fished and only six weighed in, although some had weever which don’t count.

The match was for the fish worth the most points and right up to the end it looked like Ken Forrest and Trevor Barnett were going to take the top spots with a sole each. Then something hit a bait Ray Rodger was reeling in and he landed a surprise 38cm mackerel to win the match. 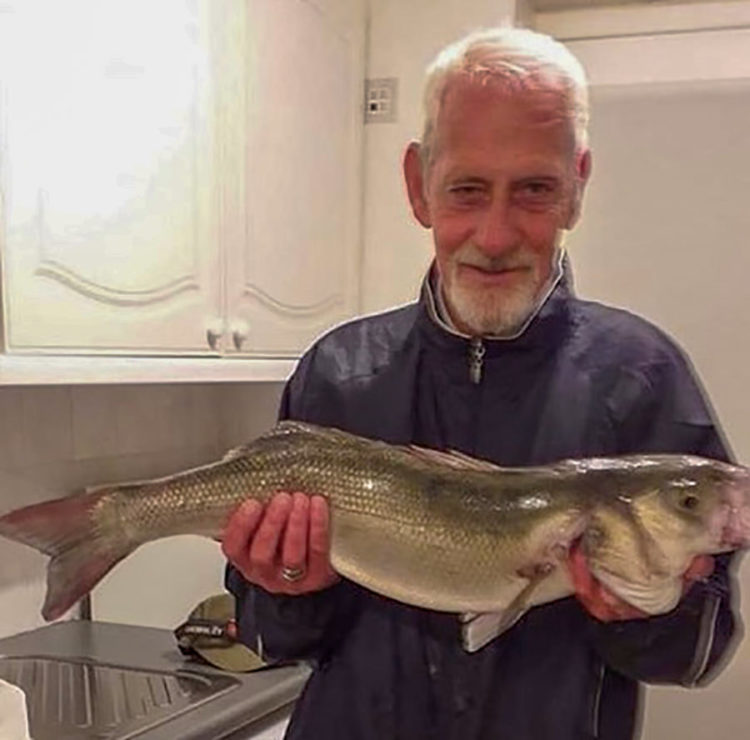 David Turnball with his bass

Allan Cordwell secured a last minute place on Blue Mink with a 06:00 hrs sail on Sunday. The Sunday boat outing would follow an all session on the pier despite a wedding induced hangover.

The Saturday was a bit of a slog, a bright day with an easterly breeze saw flat calm conditions. Allan managed whittle out a small tope of around 4lb on squid and bluey wrap. This was backed up by a thornback around 5lb that took a full mackerel on 10/0 hook and 100 lb wire. Wading, not literally, through weevers with smaller lug baits produced plaice and sole on the late ebb.

On Sunday the Blue Mink headed out to the windmills. Feathering for bait was slow but eventually Allan had enough in the bucket to commence chasing the tope. There were a number landed as he accounted for three after losing a huge fish due to a leader failure. 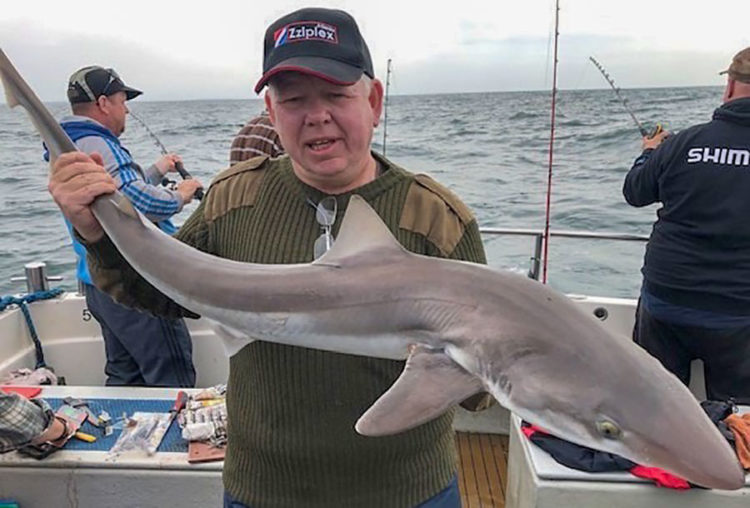 Allan Cordwell with one of his tope

All the tope took fresh mackerel on running ledger with 10/0 Cox & Rawle meat hooks. A large tide and wind picking up saw the sea getting very lumpy and with a combination of fatigue, having his head down in the boat for unhooking and baiting Allan succumbed to a late onset of seasickness put paid to the last hour of the trip.

Despite the minor setback, it was a great days fishing with a really friendly bunch of people. Skipper Andy, as always, worked hard and put his anglers onto the fish and supported all aboard throughout the day.