Just when you think our shore fishing is on the up something comes along to hamper the beach angler! Floating clumps of weed that hang on the beach angler’s line and cause all kinds of problems are a plague at times. The saving grace is that it only seems to occur on the ebb tides so be prepared for it. The prevalent onshore wind has caused the problems, but it shouldn’t last too long.

One of my trips this week was to the Frinton beaches and to be honest the fishing was slow with just the odd small bass showing. The dreaded heavy weed appeared after high water causing me to pack up and head home.

St Osyth beach has seen the odd thornback ray being caught along with school bass; the heavyweight stingrays seemed to have moved off-shore for a while.

If the wind drops and the sea clears, it is always worth heading for the Clacton and Jaywick beaches to try some lure fishing for bass. Local angler Alan Humm has had some good catches on spinners and lures from around the breakwaters, it’s a case of putting in the time and you should reap the benefits. 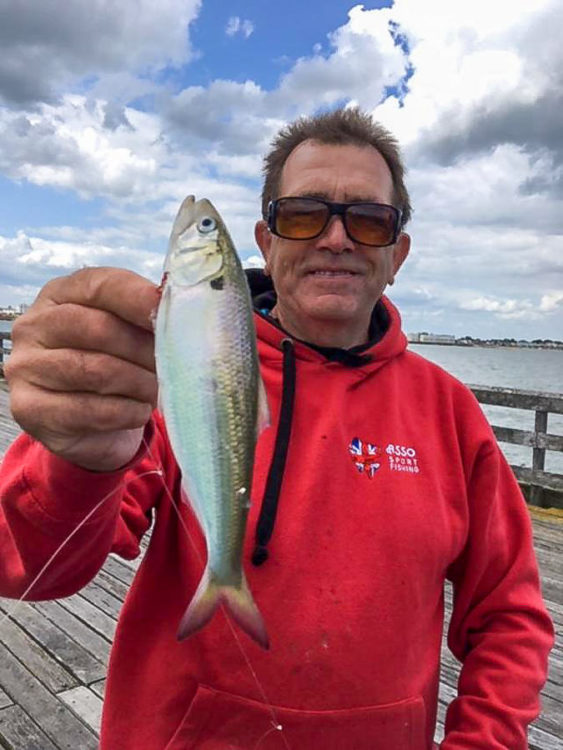 John Popplewell with a shad from Walton Pier, John was chasing those rare anchovies

Clacton Pier has seen bass being caught and local Peter Rose had a good day on the bass landing fish to 3lbs from around the pier piles on ragworm baits.

The Holland beaches have been slow, it really isn’t unusual for this time of year, but if the fishing is slow you can always enjoy the sunshine and scenery.

I had a second trip this week to the pier in search of those Summer species the mackerel, but still no sign of them, although I did catch anchovies on very small lures! These small silver fish are normally found in the Mediterranean and around the Spanish coast. It looks like global warming is pushing the shoals our way. Who knows what we will catch next. 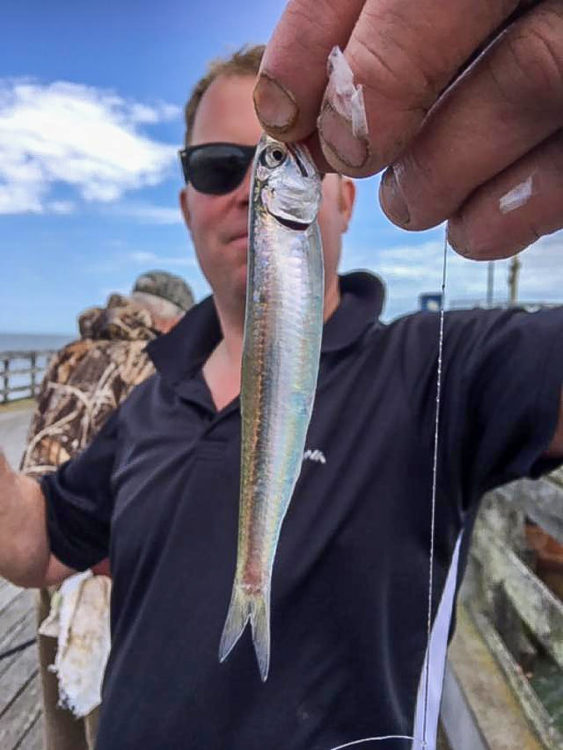 Rob Tuck with a rare anchovy from Walton Pier

Colchester Sea Angling Club headed for Walton Pier for their latest match. Conditions were good with unbroken sunshine. The whole pier was open to the eighteen anglers that fished.

The fishing was patchy, but most anglers caught. First place went to Mark Sessions with a bag of 11lb 11oz which included two thornback rays, the biggest weighing in at 5lb 6oz. This won Mark the heaviest fish prize. Second spot went to Mick Bradley 4lb 7oz and in third was Vic Pearce 2lb 10oz.

Alan Tipple and Dave Vennels launched from the Gunfleet Boat Club and headed for the Swinn. They landed some big smoothhounds plus plenty of school bass, and Alan also reported that weed was a big problem.

The boats have seen plenty of fish this week; the charter boat Sophie Lee has seen smooth hounds to 14lbs along with thornback rays and bass to 8lbs 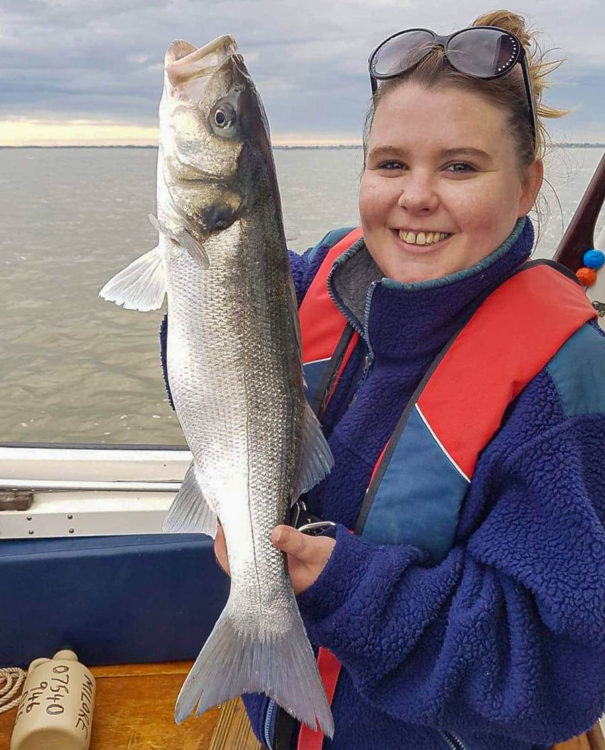 If you have any fishing reports or photos you can contact me at popplewell1@btinternet.com.

Smoothhounds Move On To Fylde Coast