A strong onshore breeze has curtailed boat fishing somewhat, although there are still plenty of thornback ray, smoothhounds, bass and tope on the further out marks. The smooth hounds have increased in size with hounds reported to 18lb plus some bass in the 8lb-9lb range although the majority are in the 4lb range

Some boats have opted to fish the river estuary and have been rewarded with plenty of school bass, thornback ray, eels and the odd stingray.

The shore angler has had a better time of it this week, the weed that always causes problems this time of year. As the weather warms up it seems to have diminished making for more comfortable fishing. St Osyth beach is still producing thornback ray and bass, it looks like it could be a short season for stingrays as they are not about in any numbers. 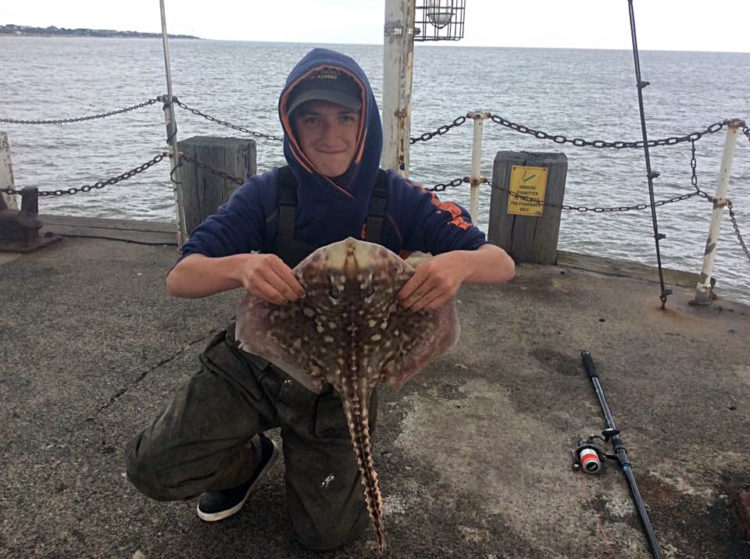 Clacton Pier has fished very well with bass reported to 3lbs, thornback ray still being caught together with whiting, dogfish and eels. Nat Mills and his father fished a daytime tide and they had a great day catching small bass, whiting, pouting, plaice and eels. Nat landed the biggest fish of the day – a cracking thornback ray. He told me that ragworm and squid were the best baits.

The Holland beaches have also had a reasonable week, some good-sized bass to 5lbs and sole have been caught on evening tides plus there is always a chance of a thornback ray.

Down on the shallower Frinton beaches reports have also been good with not much weed to cause problems. Clacton angler Matt Clark fished here using peeler crab for bait and landed bass to 5lbs. Other anglers have reported sole, eels and bass. 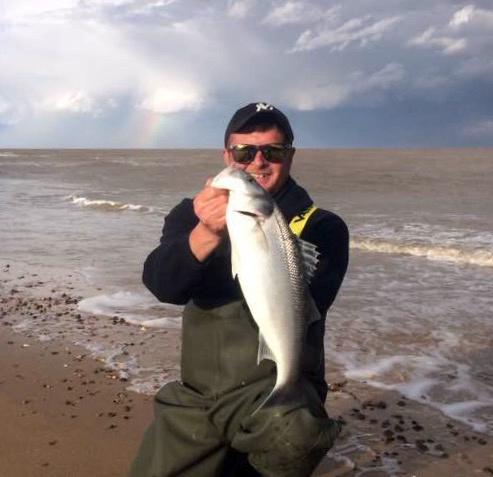 Matt Clark with his 5lb bass from the Frinton beaches

The Walton Pier Club fished their final match of the season on the local pier. 15 anglers fished and were met with good swell on the sea and coloured water which are ideal conditions, but sadly the fish did not materialise and only 27 sizeable fish were caught throughout the match.

Small bass, pouting, codling, eels and the odd dogfish made up the catches. First place went to Dean Parker with 1lb 7oz and second place was a tie between Colin Harris and Peter Harris both with 1lb 5oz.

The points for the whole season were tallied up and the season winner was Peter Harris who narrowly won by a single point, second was Colin Harris, third Barry Adair and fourth Dean Parker. The heaviest fish prize of the season was won by Dean Parker. The Walton Pier Club would like to thank Shane Swan from Walton Pier and Jody Twin and their staff for their continued sponsorship throughout the year and look forward to the new season. 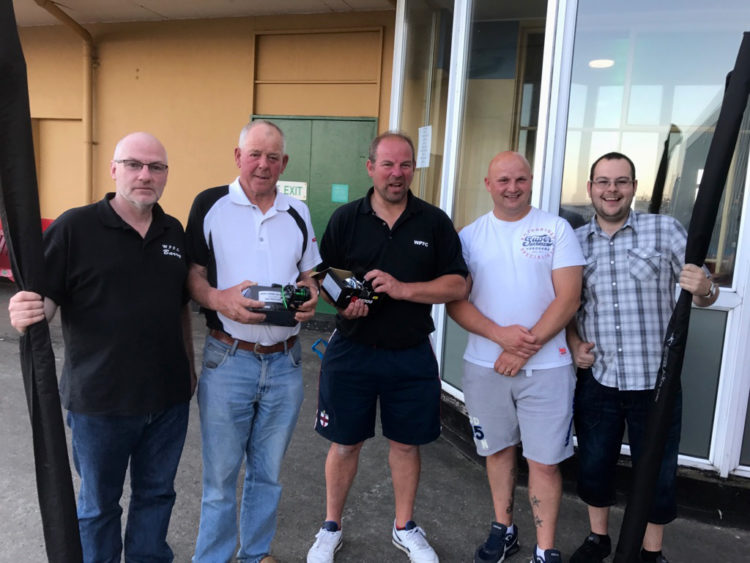 Walton Pier in general seems to be the place to fish at the moment with plenty of small fish to be caught during the daytime, bass, whiting, thornback rays from the head of the pier. Wrasse are being caught around the pier piles and garfish by the Lifeboat Station. Simon Hatt also fished here and landed four sole in the coloured water. Day tickets are from 8am till 10pm and yearly 24 hour passes are also available.

The Walton beaches are also producing fish, mostly on the evening tides when the beaches are that bit quieter. School bass and soles are being caught from the beaches either side of the pier, plus Burnt House towards the Frinton end has seen some bigger bass.

The Coast Guard beaches have seen some nice sole, bass and eels; also reports that the weed here has disappeared.

If you have any photos and/or fishing reports you can contact me at popplewell1@btinternet.com

In Search of Maine Haddock