Peter Dutton fished the Gyn Wall where it was busy from the off. He landed two dogfish, a plaice, a flounder. a weever, and 24 whiting mostly caught on ragworm. All in all very enjoyable evening and the weather was perfect. 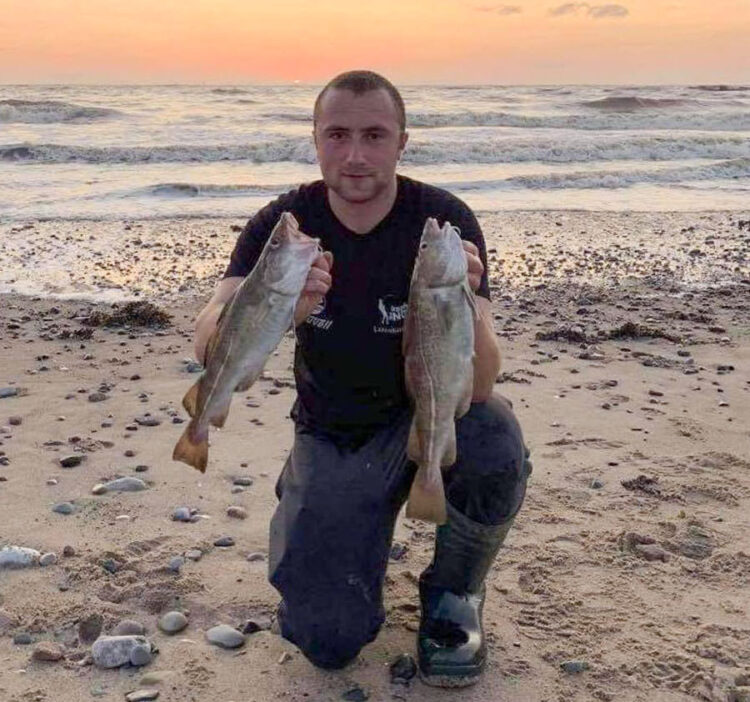 Ray Rodger also headed to the Gynn Wall for a session with blackworm. He had caught sole, plaice, weever and loads of whiting with the best at 30cm.

Dave Brown fished Cleveleys where he enjoyed a lovely night with doggies and whiting plus his new personal best smoothhound of 13lb 10oz and what a fight it put up. After unhooking, weighing and releasing the hound he I cast out again, turned his back for bait and the rod and tripod were pulled over. He struck into it,let it run and then it was gone, Dave reeled in to find his 3/0 hook had snapped, packed in shortly after that because he’d run out of bait.

Dylan Gets His Shore Tope