Plenty of fish around the Fylde coastline for the time of year. Lots of small species such as dabs and whiting showing and codling have appeared in numbers Mostly small fish but with the odd decent one thrown in. The Gynn Wall is producing plenty of fish but mainly small stuff. Rossal and the bay are still holding the codling although there have been a few appearing around the North Pier.

Fleetwood and District Angling Club fished their latest match at Five Bar Gate where the conditions were rough but largely weed free. The fishing was not great with none of the expected decent codling, only tiny ones. The catches consisted of the small codling together with whiting. Conditions were difficult but by upping the size of their weights the anglers were able to hold bottom. 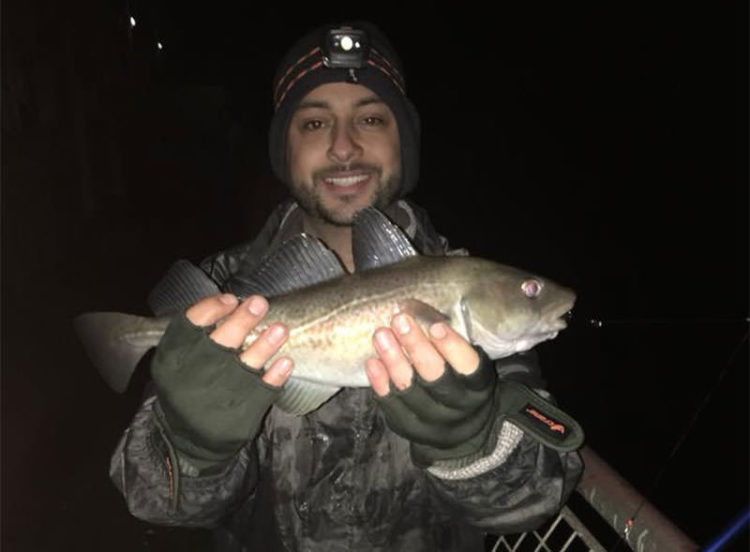 Next week’s match is on Sunday at the Gynn Wall fishing from 12 to 3 p.m..

At Rossal Rik Chippendale set up two rods to fish over high water. One was outfitted with a two hook flapper and the other initially with a pennel rig before later switching to the flapper. He had three whiting and 11 small codling during the early part of his session. Rik was sure that if the small cod are there then the bigger ones must be around somewhere so he kept plugging away despite the fibrous weed being a right pain.

He decided on a last cast with each rod as his bait ran out. A bouncing tip indicated something much livelier than before. He lifted into something really heavy and tried to winch it to shore. Unfortunately his leader gave way at the knot and he lost whatever the thumping fish was. Packing away the rod in disgust Rik realised his other rod had slack line. He lifted into it and started reeling until feeling a weight, followed by a few bumps. With care he landed his first decent codling. 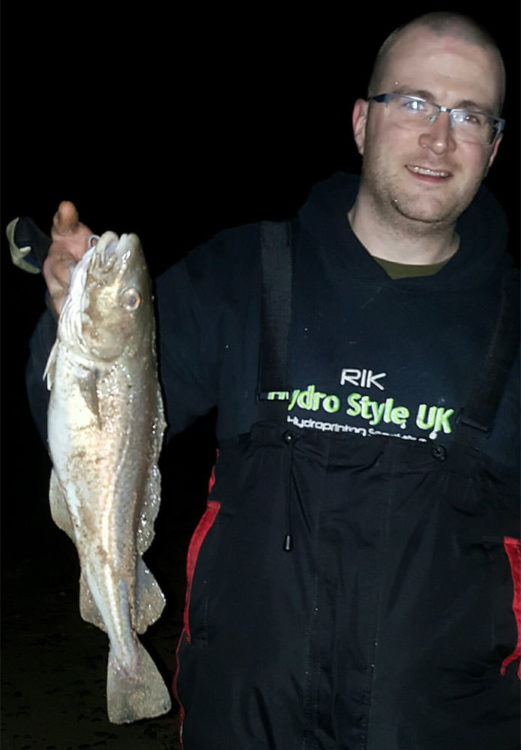 Nik Chippendale with his cod

Terry Pederson fished over low water at Rossall school last Tuesday night. A a small codling was followed by a good sized whiting. Terry missed quite a few bites after that using 3/0 hooks and big baits that were maybe a touch too large for the little fellas. Conditions were reasonable but not much edge to the water.

A session at Cadets for Mick Hodges using live blacks and yellows together with peeled prawns produced three small codling and six whiting despite the weed.

Dave Brown pumped a bucket of ungutted worms before he headed to the shingle at Cleveleys for a last chance at the cod. The sea looked perfect with some nice waves crunching into the beach and from the first cast Dave was straight into a small codling. After that it was a fish a chuck with some decent whiting, even two fish at once on his pennel rig but there were no decent cod.

Dronny was the venue for Ben Kelly where the first hour un-fishable due to weed. The fish then came to play when four whiting, two codling and flattie fell to yellow tails, black lug and squid.

Geoffe Rowe fish at the Gynn Wall with Tina where they found the seabed carpeted with dabs. They arrived 3pm and left at 7:30pm both using two rods, one at distance and one close in. The rods were rigged with one up and one down traces and size 4 hooks close in and 2/0 pennels on the others. All the rods produced from start to finish, taking dabs, rockling, flounders and whiting. The pair found the squid and worm cocktails were the most effective baits. Tina once again caught two clonking flounders. 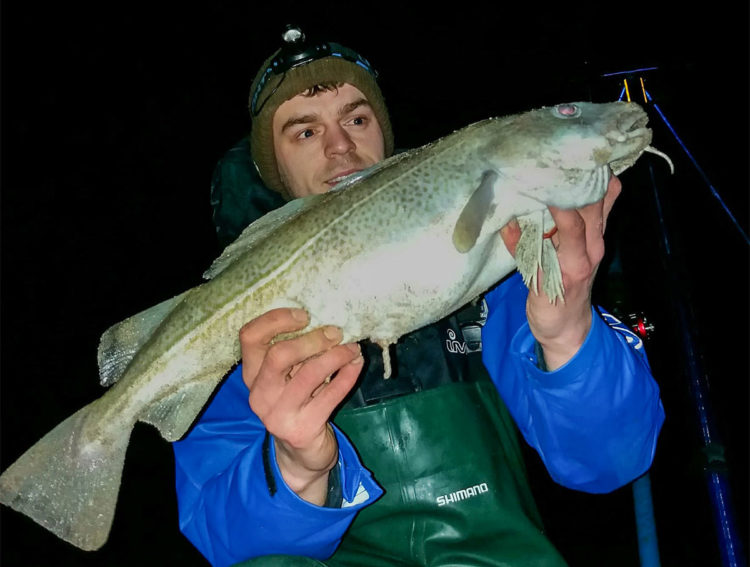 Ben Caillghan from Brooke Cycles with a cracking cod

Joe Green and Nathan Pickering found small codling, whiting and a dab during their outing.

The next Bispham Angling and Lancashire Sea Fishing Group match is on the 18th march, for more details please give the shop a ring on 01253 358194.

Special offer of the week is 10% off fixed spool reels.