Typical Bank Holiday weather – cold and damp, and the only saving grace was the light winds that made it slightly more comfortable for anglers.

It is all about those thornback ray this week. Early Spring is generally recognised as ray time and this year is no exception. They have appeared in massive numbers very close to the shoreline and are providing great sport for anglers.

St Osyth beach, which has always been recognised as a thornback ray venue, has come into its own this week, with anglers catching rays from the car park area in between the rocky breakwaters and also up to the Nature Reserve area. Please do not fish inside the reserve as it is private! 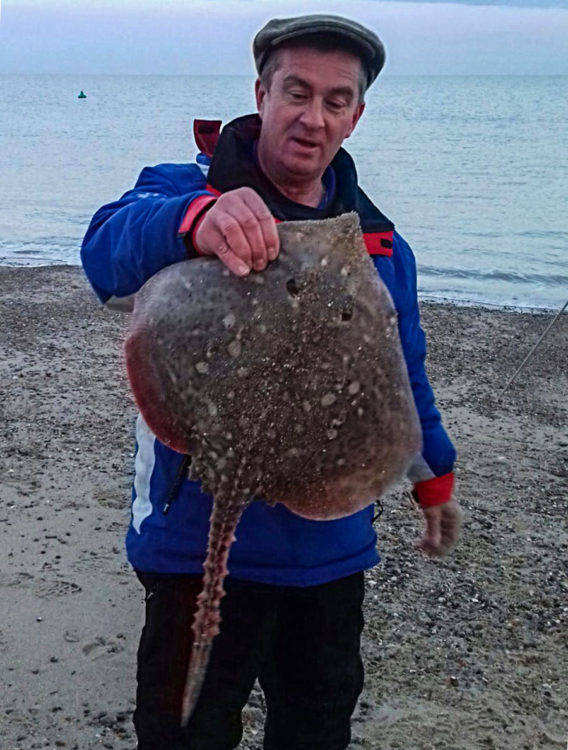 Clacton Pier has also come alive this week with rays being caught. Ian Canny landed two thornback ray here, and other anglers have also had similar catches. The best time to catch one is the flood tide or the last three hours of the ebb tide.

The Holland beaches have also come into their own this week with rays now showing on most tides. Mark Oxley landed a 7 pounder here on a daytime tide. Lawrence Chisnall and Phil Winger fished these beaches on an evening flood tide and had 5 thornback rays between them plus a few small whiting.

Codling to 2½lbs have also being caught, although not as many as we have seen previously. Local angler Daniel Rotchell also caught one of the bigger codling from these beaches. Most anglers landed rays although a lot of the fish are in the 4lb range, nonetheless great fish to catch after a very lean time for the beach angler.

The Frinton beaches have also seen a few rays too, with the golf course beaches being favourite; the flood tide is fishing best here.

Walton Pier has seen a few rays too, mostly from the top of the pier although one or two have been caught from the stem. Will Fenton braved a wet day and fished the stem of the pier just below the lifeboat. He landed an 8 lb thornback ray, squid and bluey was the bait. Still the odd codling to be caught here, but they seem to be few and far between. 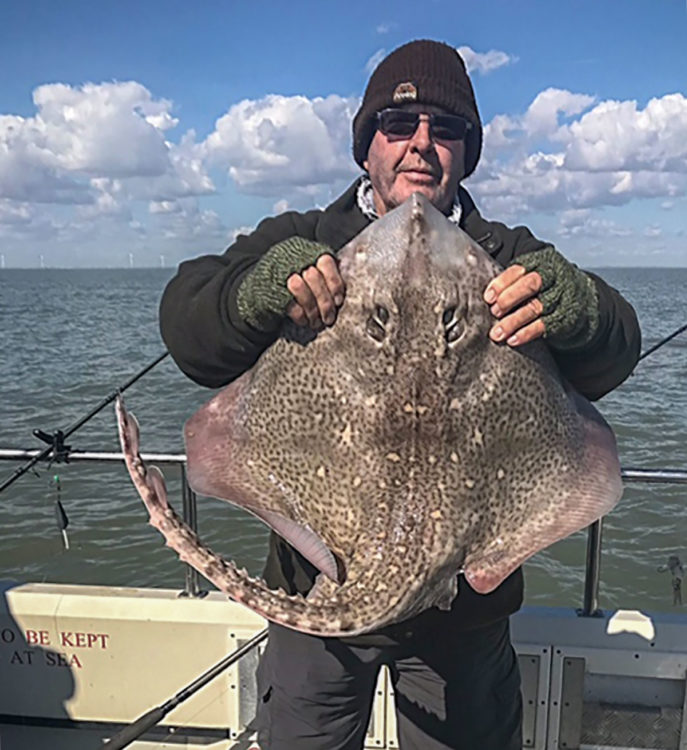 The boats have also had a bumper week with the rays. David Mynors fished from the charter boat Eastern Promise out of Mersea and caught a 14½lb thornback ray which was one of many for the boat.

Alan Tipple and Scott Walsh launched their boat from the Gunfleet Boating club and fished a mile off the coast. They caught 12 thornback rays to 11lbs. All their rays were caught on squid baits.

Summing up this week, It is really good to see so many fish being caught. We have had a very up and down few months, but it now looks like we will be busy catching rays for the next few weeks. The bass will also be appearing before the end of the month. Please do remember that there is a ban on keeping any bass caught, they must be returned alive immediately throughout 2018 until otherwise notified by the MMO (Marine Management Organisation).

How to Tie The Up and Over Rig