Plenty of activity at the moment. There loads of newcomers to fishing and also people that haven’t fished for years out on the shores. This combined with the usual people that fish has meant the beaches have been very busy which has resulted in many more fish being caught.

The beach and the Gynn Wall have been very productive most days with plenty of bass, dabs, dogfish, smoothhounds and a few rays. 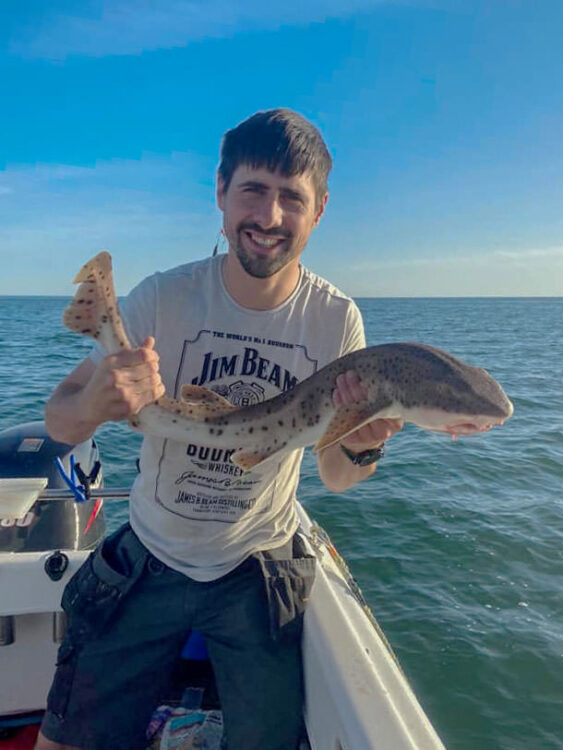 Callum with his huss

Out on the boats there has been some good sport with rays and the odd big tope showing along with a few mackerel, over the next two weeks this will pick up with a resultant increase in catches.

Callum Haworth had a very enjoyable evening on the boat with Kevin Fletcher for his first ever boat trip. Callum had 27 whiting, three dog fish, a dab and a bullhuss.

Wayne Marshall fished with his mate Stephen over low tide and it was absolutely brilliant. They had 16 fish between them. Wayne landed two thornback ray, both over 5lb, three smoothhound, the biggest 3lb, a 2½lb huss and a few whiting. Stephen had three smoothhound, a tope and flatfish. They then fished high tide which only produced one little whiting between them. 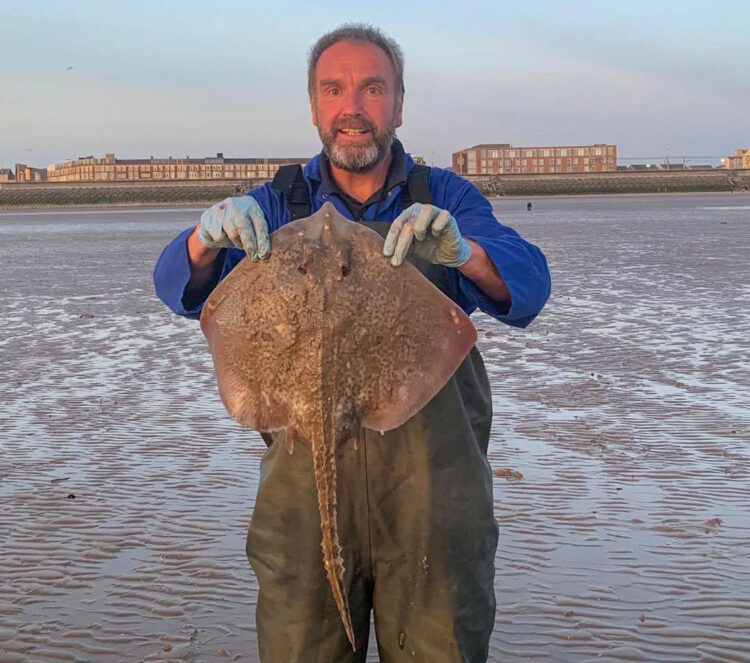 Wayne Marshall with a ray