Essex Weather And Fishing Heat Up

Despite temperatures hitting over 30oC at the weekend and clear blue seas it hasn’t put the feeding fish off. In fact it has been a very good week for both boat and beach anglers alike.

The boats are still reporting plenty of smoothhounds from most venues along with bass and thornback rays.

The Brightlingsea based charter boat Sophie Lea took advantage of the warm settled spell and has been catching some bigger than average hounds.

Alan Tipple and Dave Vennels fished from Alan’s boat on the Gunfleet Sands and caught bass to 5lbs plus smoothhounds, a few dogfish and thornback ray. 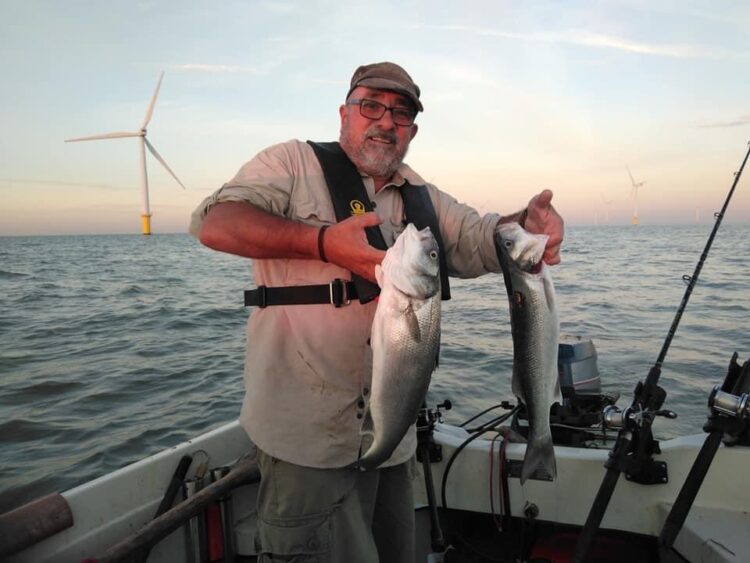 Alan Tipple with a brace of bass from the Gunfleet Sands

Dave Holland’s report was very similar although he did catch an 8lb bass.

Moving down the coast to Walton and Neil Marples fishing from his boat Milore told me he had his best day’s fishing ever! He caught eight bass to 6lbs, seven smoothies to 9lbs along with five thornback ray as well as the odd dogfish thrown in for good measure.

Beach and pier anglers this week have also enjoyed some good sport, although I would advise to keep off the beaches till evening time when the day trippers have gone home; dusk is always a better time to find fish feeding.

My trip this week was back to Walton Pier to fish a midnight low tide. The fishing was slower than previous weeks although it was quite good to have a sit down in between casts. The hounds I had been reporting on seemed to have moved further out, although there were a few to be caught and my biggest of the night weighed in at 9lbs. Thornback ray have taken the hounds’ place and I landed a mixture of small rays with one around the 10lb mark. All my fish were caught on either squid or frozen peeler. 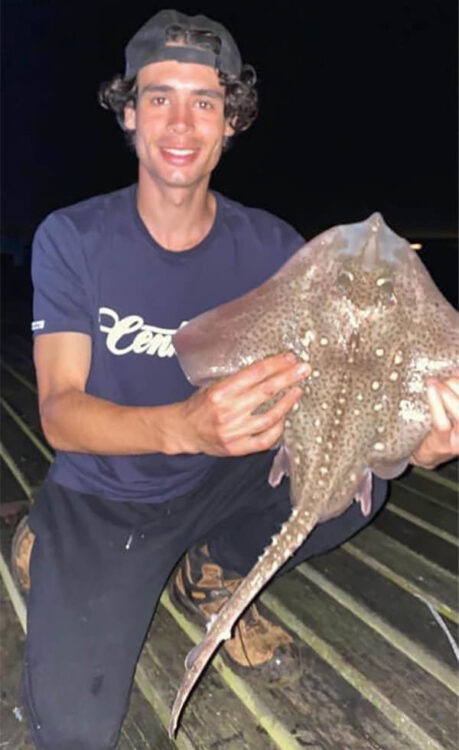 Day time fishing on the Pier is all about catching bass on lures, and with very clear seas the bass are feeding on or around the Pier. Steven Ruggles has been catching bass to around the 3lb mark, he also told me that plenty of bass were following the lures but not quite interested enough to take them.

The Walton beaches are seeing sole and bass being caught after dark with most of these local beaches producing some good sized fish.

Moving along to Frinton, weed has been a problem on the ebb tides, with sole being caught here at close range on ragworm baits after dark along with school bass and the odd thornback ray.

Holland on Sea is another evening venue and the bass are feeding around the rocky breakwaters. It is always worth trying a spinning rod and lure here as there are some big bass in between the breakwaters. 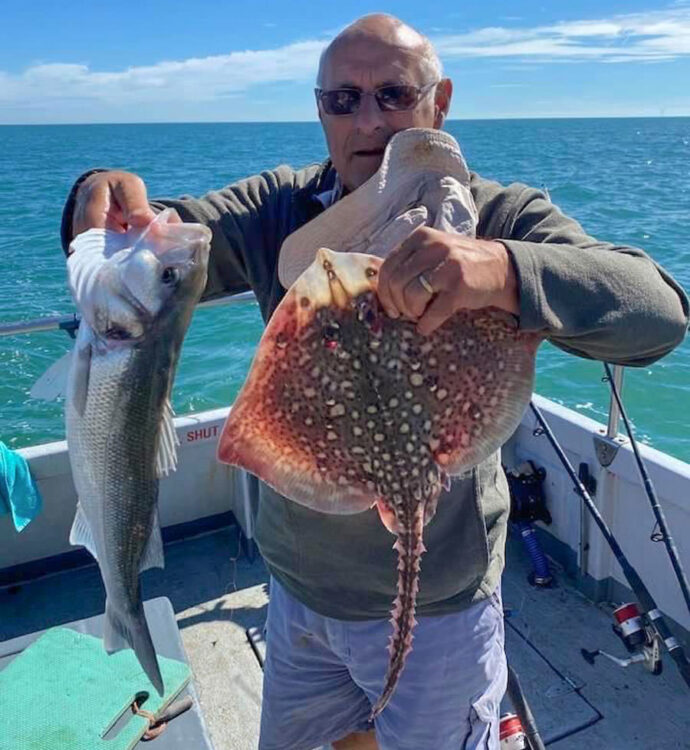 Clacton Pier has produced bass to lures and also baits; still those ever faithful thornback ray are showing during both day and night time tides along with the odd smooth hound.

Over to Mersea Island and it looks like the stingrays have returned, it is not surprising as stingrays love hot stormy weather and that is what we have at the moment. James Waterhouse headed to West Mersea to fish off the beach, using ragworm baits and caught two stingray. Mersea island is great little venue to fish, but as it is a bit out of the way can sometimes be over looked.