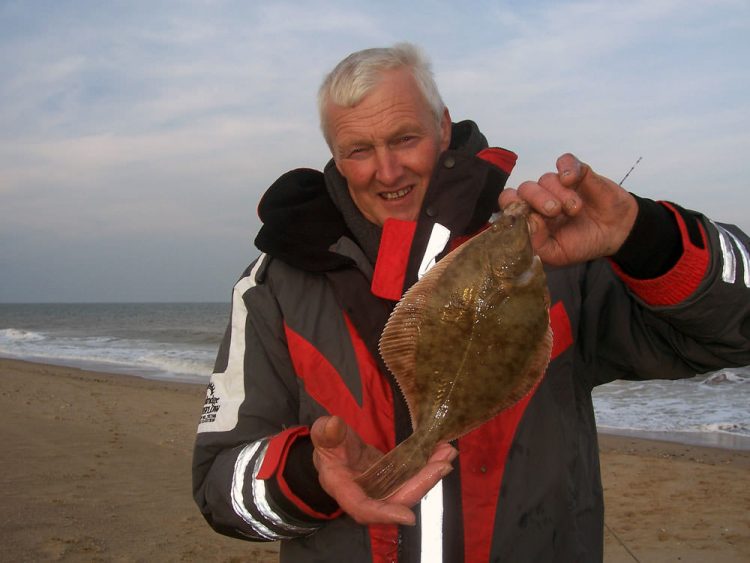 The anticipated whiting shoals failed to show in the latest Skegness Pier Angling Club (S.P.A.C) match held at Sandilands and once again it was the resident flounders that saved the day. Skegness local Dave Bradley was runaway winner of the Hewison Cup, catching six nice flounders weighing 4lb 12oz. He picked up the heaviest flatfish prize with his best flounder, which weighed in at 1lb 1oz and as there were no round fish caught, also won the heaviest round fish prize by default, with a 1lb flounder. Chapel Angling Club’s Danny Smith caught two nice flounders at close range to take second place with 1lb 11oz, with Corby’s Paul Marshall framing again in third, with a single 10oz flounder. Kevin Bebbington and Alan Steadman both blanked in the first semi-final of the SPAC Knockout and will have to re-fish their tie.

The next SPAC match will be held on Sunday 6th Nov from 1 till 5pm at Jacksons Corner, with Club members fishing for the Beachcomber Trophy. There is also an open section, which non-members are welcome to participate in. For further information please contact SPAC Secretary Chas Tibble on 07984 967988 or chastibble@hotmail.com