Autumn has crept in this week and dare I say it, there are a few codling showing from the boats and the odd codling on the Suffolk beaches. The whiting are also showing for the beach anglers on the night tides.

I have never seen the clarity of the sea water so clear as it is now and around the rocks at Clacton you can watch the bass and mullet cruising around. I took advantage of this and headed down to the beaches for an evening mid-week trip fishing with lures and spinners. The sea was calm, and I could see the bass feeding on small fry in the shallows. I used a silver spinner to entice them and it wasn’t long before I was having great sport with these hard fighting fish.

St Osyth beach has seen a few thornbacks return along with the school bass and whiting.

Clacton Pier has seen an upturn in the fishing with some ray being caught along with dogfish and bass. 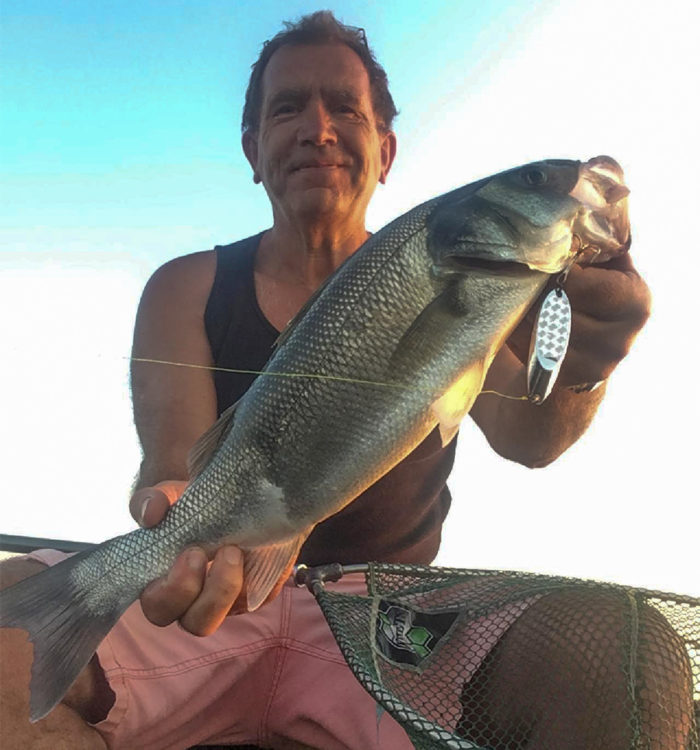 The Clacton and Holland beaches are seeing sole being caught after dark along with bass and the odd thornback ray.

Walton Sea Angling Club headed to the Holland beaches for their latest evening match, and they were greeted with calm seas and very clear water. Hopes were high that after dark the fish would feed, but as the match progressed it was evident that it was going to be a difficult night.

Top angler on the night was the in-form Nik Highfield with three bass and an eel for 96 points. Seconds place went to Vic Pearce with 31 points followed by Ken Peacock in third with 15 points.

Walton Pier has seen a few bigger bass this week and the odd smoothhound. For those anglers fishing around the pier piles there are plenty of wrasse and school bass to be caught.

The Naze beaches are fishing well for bigger bass, the ground is rougher here, but there are clear areas to fish in amongst the clay and rocks.

Colchester Sea Angling Club headed to Suffolk to fish the Thorpness beach. 14 anglers fished a flood tide till midnight. A good number of fish were caught with smoothhounds, whiting, pouting, eels, bass, plaice, dabs and sole being the main catch. 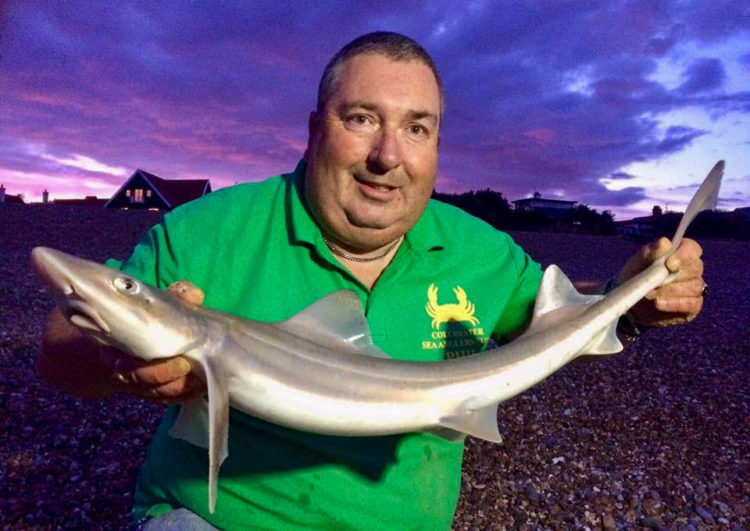 The boats are still seeing plenty of hounds, hopefully they should still be with us for a few weeks yet. Bigger bass have also made a show this week along with thornback rays.

The hot weather seems to have brought the stingrays back on the feed and rays to 40lbs have been reported.

Paul Hart fishing on board Chris Moles’ Charters out of Mersea landed a 23 pounder this week. 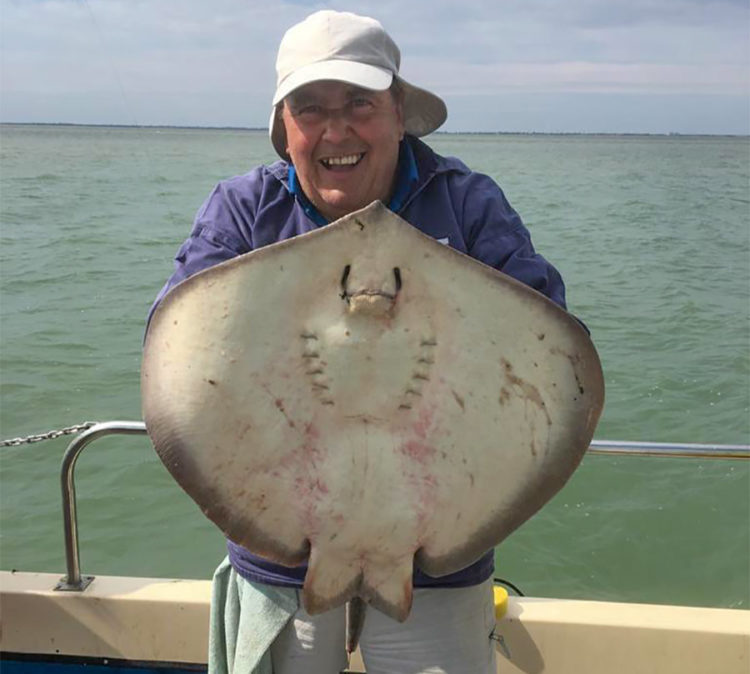 First place went to Alan Childs with 26lb, Chris Brown was second with 23lb and third placed Kevin Glover had 22lb. The overall weight for the boat was 140lbs.

It is once again time for the Clacton Pier Charity Shield Competition in aid of St Helena Hospice. The date is Sunday 15th September fishing 10am-3pm. Tickets £10 adults and £6.50 under 16’s.