An enjoyable day out aboard the Seagem from Scrabster today as a guest of the Port O’Leith club. The Club are regulars at the Caithness port with monthly outings with Gerald Davidson throughout the spring and summer months. 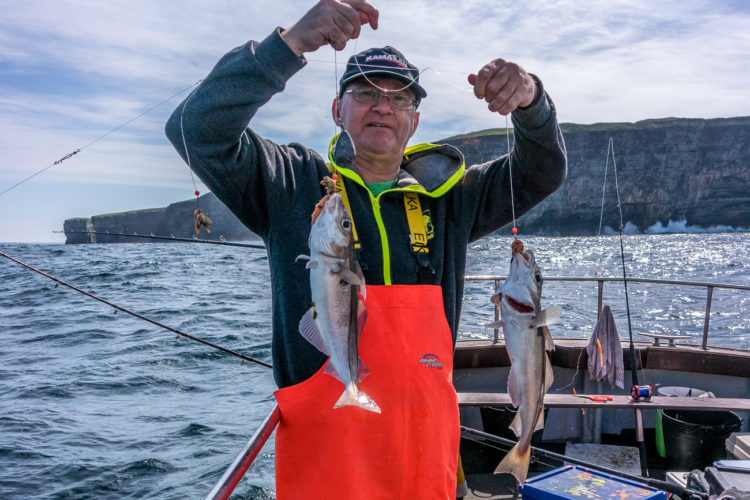 Gordon with a double shot of haddies

The day started out in brilliant sunshine but the wind was far stronger than had been forecast. As well as being strong the wind was set across the tide which made the drifts difficult to set up.

The group had agreed to stick to the cleaner ground for the day, to allow the rather bare home freezers to be restocked after a long winter’s break. The initial drift was just of Spear Point, to the west of Holborn Head, and the sea was an awkward jabble as the waves hit the cliff face and double back on themselves.

Immediately the rods were nodding as the obliging Scrabster haddock showed up to the party. This early in the year the white fish are thin and only just starting to put on weight as they feed on sandeels, small squid and crustaceans. 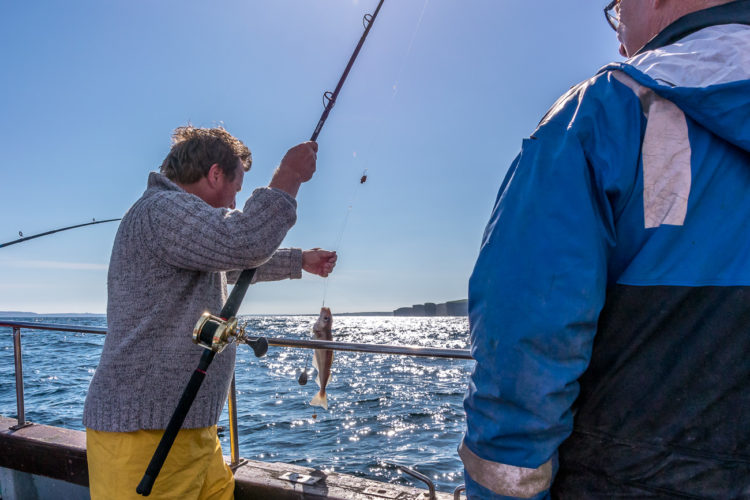 Trip organiser Alan with a small haddock in the sun

A wide selection of baits were on display with mussels, limpets, mackerel and squid being particular favourites. I stuck with lures all day, mostly sabikis, and was hammered by the bait boys. I dropped ten plus haddock as the small sabiki hooks proved just to fine to secure a good hookhold.

Leaving Spear Point we steamed north west aboard the Seagem in the general direction of Brimms Ness. The seas here did not have the backwash problems but the wind meant that the drift was faster than the ideal. Generally, the fast drift meant that the majority of catches were of single fish rather than doubles and trebles. Haddock again made up the biggest proportion of the catches but early mackerel showed and whiting together with codling added to the bags.

Into The Bay Aboard The Seagem

With the flood tide falling off Gerald decided on a move into Thurso bay where he’d had good catches the previous day. The productive marks in the bay are mostly around a large rocky area known as the Hump. While the hard ground can be a tackle graveyard the softer surrounding areas are more forgiving on tackle.

A steady stream of codling and haddock continue to find their way to the boat for the rest of the as the Seagem circled the hard. As the tide and wind became more favourable a few more double and treble shots boosted the angler’s catches. 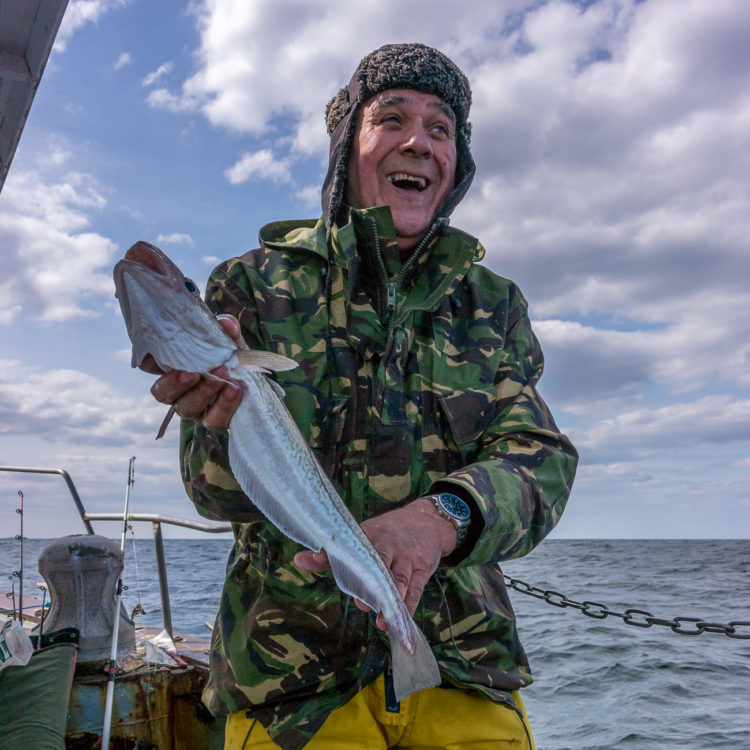 Nick happy with his 50cm whiting

In addition to the haddock, whiting, codling and mackerel the group landed coalfish, dabs, ling, tub gurnard and grey gurnard.

Nick, who adapted a drill to help with health related problems, rounded off the day with probably the best fish, although not the heaviest, an impressive 50cm whiting. 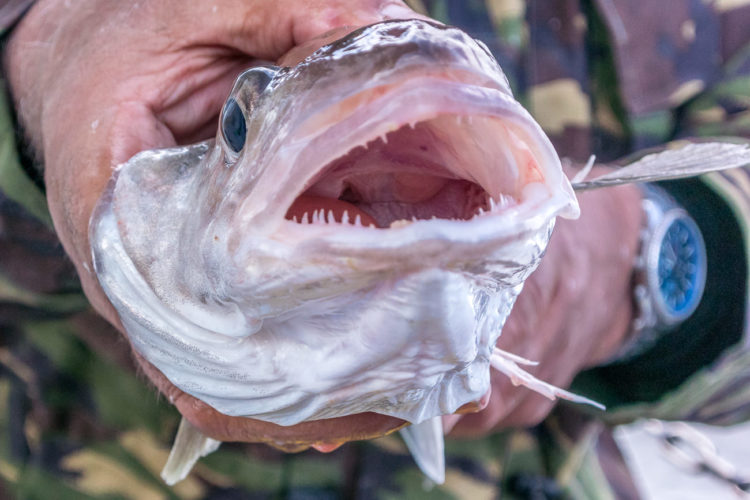 The toothy end of NIck’s whiting

As is the norm on these trip aboard the Seagem with this bunch of nutters any lulls in the fishing were rapidly filled with pointed banter, craic and reminiscing about past trips.

If you fancy a day out from Scrabster on the Seagem, Gerald can be contacted on 07733 011240. He will keep you right with tides and times and regale you with tales of a recent 6lb halibut.