Not a review as I don’t publish full reviews after just one outing, however I thought it was worth a quick intro to the Penn Fathom 30LD2 reel.

This is a lever drag reel which joins the impressive Penn Fathom product line in 2015 and the big plus for me is the fact that it also has a twin speed retrieve. The with gear ratios ranging from 5.5:1, retrieving 38 inches, 96cm, per turn of the handle, on the high setting to 2.7:1, retrieving 19 inches, 48cm in the low setting, both depending on the amount of line on the spool it is well suited to a wide range of fishing situations. It is constructed with a die-cast aluminium frame and sideplates plus a forged/machined aluminium spool. 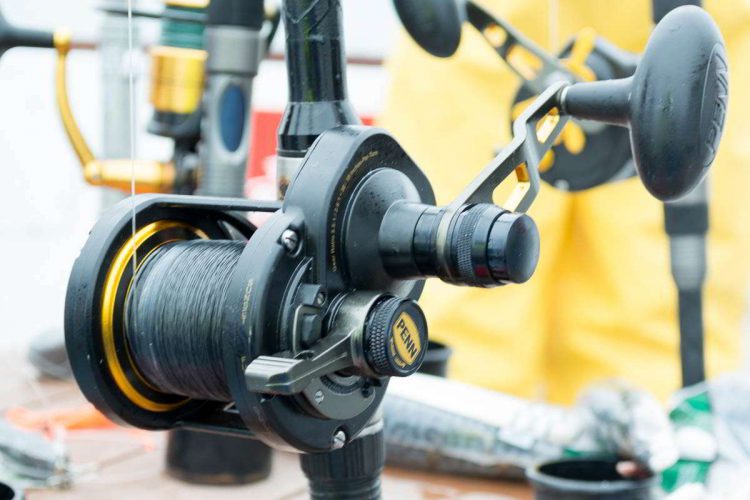 ike most of the twin speed reels the low speed is engaged by pressing a button on the base of the handle and released by twisting the knob in the same area.

I used the reel on the edge of the Holyhead Deeps while fishing for spurs and huss. The spurs did not show but the reel coped without stress with a near double figure huss as well as making the onerous task of regular retrieval of 1½lb, 700gm, leads and big baits a breeze.

If you have never used a two speed reel before it can be disconcerting when you drop into low gear while under load, you swear the fish has thrown the hook at first. It makes fighting a big fish or retrieving heavy terminal tackle from deep water some much easier, no need to pump. 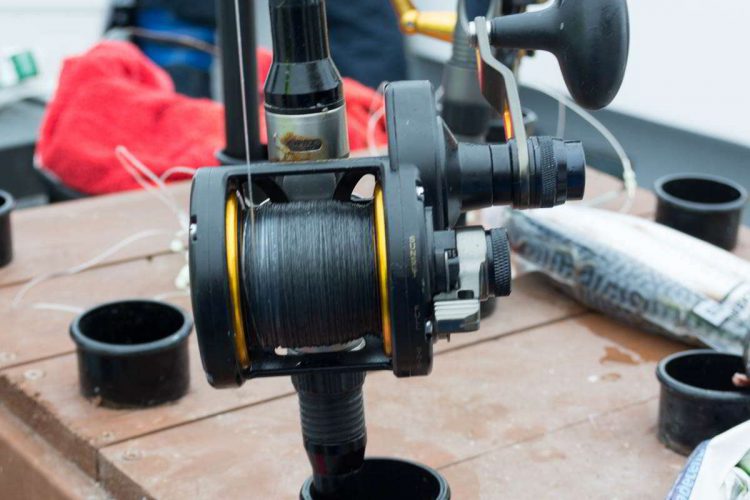 I tried this reel out while fishing with Gethyn Owen on My Way and hope that he will produce a more in depth report once the reel has been put through its paces this season. He has several sets of Penn gear on board the boat which makes it simple to try before you buy.

And talking about buying, the final thing that impressed me about this reel is the fact that it retails for around £200 mark.