Frankie Costello is a sucker for a front drag reel when light tackle fishing from the shore and kayak, can the rear drag Fladen Maxximus DX2000R spinning reel convince him of the benefits of a well tuned stern drag?

My first impression of this spinning reel when I opened the box and had a look was not exactly jaw dropping and that it had a rear drag. Although not an ugly reel, it is just understated, and rear drags have never been my thing, I have always had a preference for front drags. Nothing wrong with the stern version, some people like them, but I feel I can lock a front drag down tighter when I need to pull for a break quickly on the yak and the front drag seems a better option in this situation. Also I think there is less to go wrong with the less complicated variety. Another pet hate is lack of spare spool which seems to be the trend with a lot of new reels at the moment. 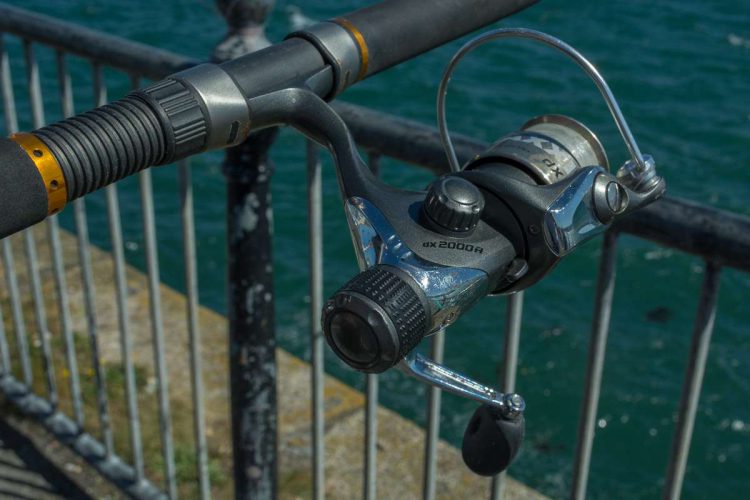 My initial outing with this reel saw it teamed up with the awesome Fladen Nano rod which was the subject of a recent review and I spooled it up with one of the new modern super lines in 20lb breaking strain.

My aim was to hit the shore plugging for bass using several different lures and techniques. The reel handled it all in its stride, nothing to complain about under these conditions as the line lay was good and the reel quiet and crunch free in operation.

The next session with the reel was on the kayak and again it handled it well, with the drag tested on plenty of pollack, wrasse and schoolie bass. I retain my preference for a front drag on my kayak but the drag felt agreeable; very smooth when called into action. The handle is rather under styled, like the rest of the reel but it feels comfortable in the hand. All in all a very solid bit of tackle, even when pulling for a snag in a raging current this reel is solid. 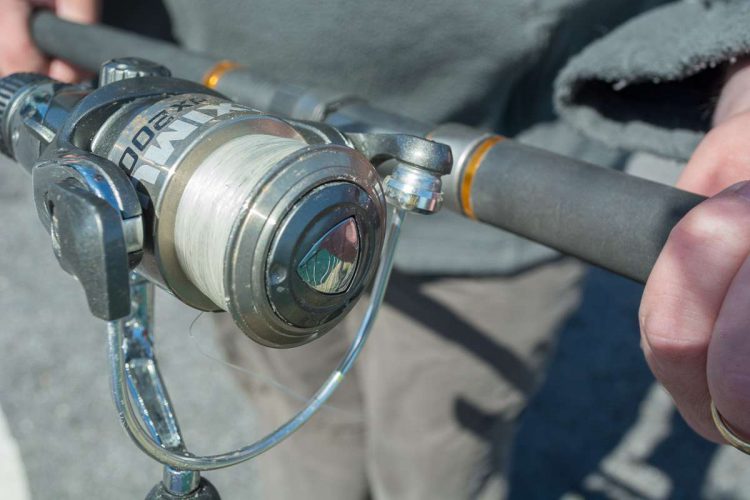 A few days later I fancied a change and took my wife and kids to a local carp water. What a perfect time to give the reels drag a real work out. I spooled it with some 4lb casting fluorocarbon and paired it with an LRF rod. To cut a long story short the family and I had a great day catching plenty of carp in the 4 to 6lb range and this little reel loved it. It really was a joy to use, the drag as smooth as silk for a reel of this money. Uncomplicated to use, the kids enjoyed using it too, so much so my 6 year old daughter got very attached to it and insisted it was paired with her float rod the next day which was another day of carp bagging fun. 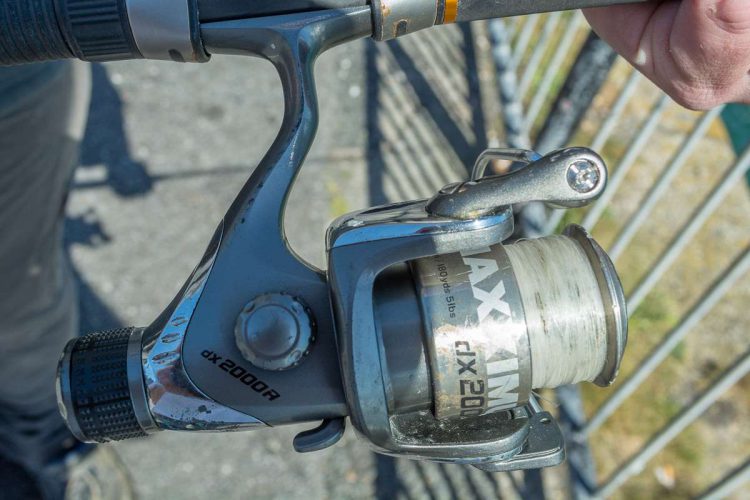 I was now quite keen to see how this reel performed targeting mullet and mackerel on the light tackle. So the next few days that’s exactly what I did. I had a very nice mullet one evening and the DX2000R was great, never missing a beat as the mullet took run after run. Drag was beautiful, the mullet has got to be the ultimate reel to test UK light salt water tackle and this reel passed with flying colours. Next up were the LRF mackerel and this reel has seen literally hundreds of these sporting fish since the reel’s first outing. Its performance really helps add to the fun of fishing for these hard fighting, long running species. Very few fish go as hard on LRF tackle as our humble mackerel and again this reel does the job very, very well.

As you can probably tell I am now a huge fan of this reel and it is now my go to mullet reel and I can tell you now I never would have thought that when I opened the box. As you can see from the accompanying photos, this little workhorse has taken a pounding over the past twelve months, but it still steps up to the mark every outing. 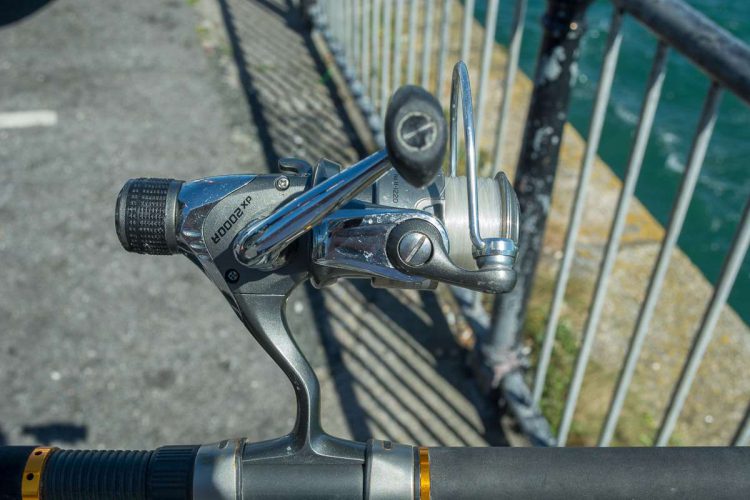 Overall this reel is in a very competitive market but for the price the Fladen Maxximus DX2000R is up there with any other in its class. Its understated looks go well with its hard working abilities. Although still a front drag man for some aspects of my fishing, when it comes to light lure fishing, LRF, mulleting or float fishing this is a great piece of kit that I would recommend to anyone.

The reel holds around 180 yards of 5lb nylon and has a retrieve of 5.1:1. It is due to be replaced by the Maxximus DX2000 5BB which has a similar specification but with a couple of extra ball bearings inside. The reels have a recommended price of £49.99 but can be found online for £20 cheaper and to find about the Fladen range contact Weymouth Angling Centre.