Fin Nor’s Marquesa MA12 with its 6.1:1 retrieve and capacity for more than 300 metres of 30lb braid is the latest classy reel to fall into the hands of tester Des Westmore. But he reveals that it’s not all peace and harmony, and you might just require ear-plugs to fish with this reel.

It can be challenging sometimes I confess, but I really do try to approach each item of test tackle that comes my way with a cynical eye so that everything has to prove itself. But every now and then, something comes along that draws you in right from the word go. The incredible-looking Fin Nor Marquesa MA12 is just such an item, and is one of the best turned out reels I have been lucky enough to have on review. This reel looks right, it feels right and it just oozes class. 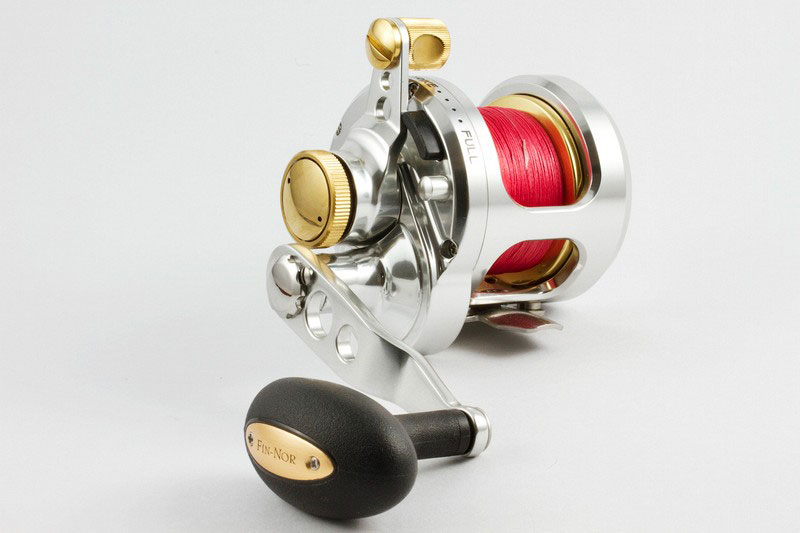 I thought I was going to fall for the Marquesa’s dreamy charms but sobriety returned when I turned the handle and identified a niggle. This reel is not of silent operation, and, to my ears anyway, it comes complete with an irritating audible ratchet and pawl system to back up the one-way anti-reverse bearing. Yes, it’s a minor issue and many anglers won’t give a click, but personally speaking it seriously detracts from a reel that is right in so many ways it.

Unsurprisingly there is ample sales blurb accompanying the pedigree Marquesa reel. The MA12 is machined from 6061-T6 aluminium,which includes the frame, left sideplate, right side plate and the spool. Line capacity is 245 metres of 15lb mono, which is perfect for use with 300 metres standard diameter 30lb braid. I used Snowbee’s Tuf Line and only minimal mono backing was required. The reel has a weight of 560g and a gear ratio of 6:1, giving a retrieval rate of 109cm per handle turn with a full spool. High speed retrieves are not everyone’s cup of tea and there is no other option offered on the Marquesa 12. There are however bigger Marquesas available and some of them offer a two-speed option. Six ball bearings and one roller bearing, for the instant anti reverse, are carried. 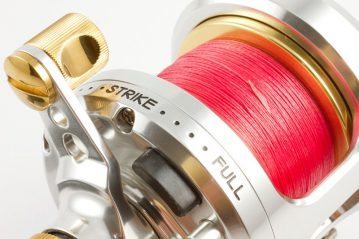 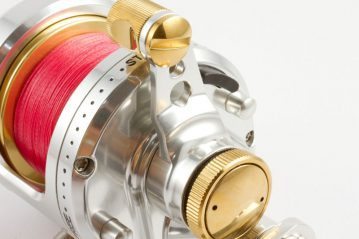 The reel sports a carbon fibre and stainless lever drag system. The indexed lever is very smooth and has nearly 180 degrees of movement. The cam profile is very progressive and perfect for UK fishing. The pre-set dial is large and similarly indexed, making set up a doddle. A line-out clicker is fitted to the left hand side plate in the traditional way. The same sideplate also carries the engraved Fin Nor logo and a further engraving of a sailfish. Combine all this with the ergonomic handle, silver finish with just the right amount of gold detailing, reel foot bolted to the frame with four thread-locked bolts, Torx style frame screws and you see why I was instantly impressed. 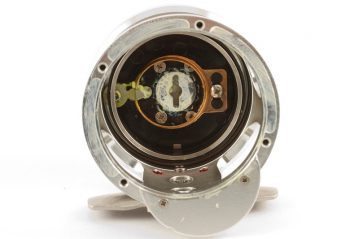 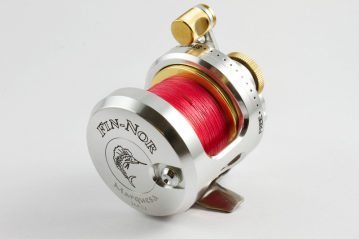 So it’s no secret that I prefer reels that have a totally silent anti-reverse system. And I know it can be argued that this may compromise reliability but I don’t think those arguments carry much weight when applied to the bulk of the fishing here in the UK. At risk of sounding pedantic, unfortunately the Fin Nor Marquesa has one of the most annoying audible backup anti-reverse systems of any reel I have tested. It is right up there with the Shimano Tyrnos whose ratchet is like fingernails on a blackboard. It wasn’t so bad when used for down-tiding but when I used it for lure work so as to fully exploit its 6:1 ratio, the high frequency row that accompanied each turn of the handle as I worked the lure got right under my skin. To get second opinion, I a trusted fishing buddy look the reel over and he unfortunately also felt ear defenders were in order! But then, his own reels are Daiwa Saltigas, which are eerily silent.

Beautiful on the inside

At that point in the testing, I had pretty much made up my mind that, however good it may be, I would not be able to live with the Marquesa. But then I took the reel apart and I found myself torn once more. Not only is the Marquesa beautifully turned out on the exterior, that trait is true of the reel’s internals too. Everything looks good. There is plenty of grease where it is needed, and full marks to Fin Nor for quality control at the factory. The only downside was that some of the grease did appear to have got on the centrifugal brake blocks, so bear that in mind if you buy one and intend to use it for casting. 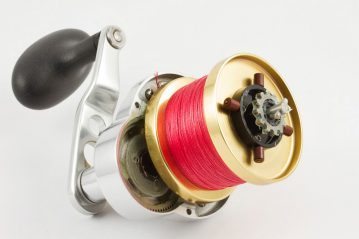 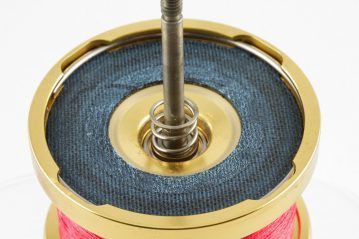 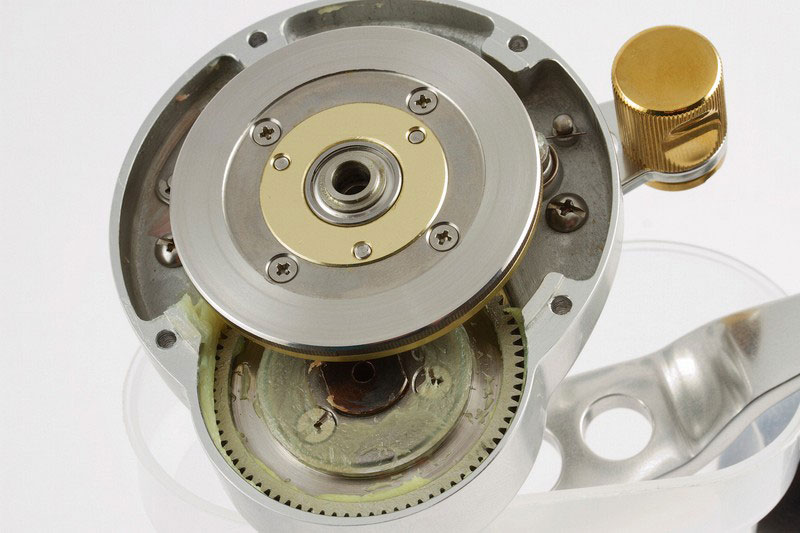 The inside right hand side of the reel appeared just as good. The stainless gears look the part and are well protected by grease. The Stainless drag plate is big and has a very smooth finish, free of machining marks. Fin Nor have also woken up to the benefits of greased carbon drags. Looking at the carbon drag washer on the spool, the drag grease can be clearly seen. On the other side of the Atlantic debates rage as to whether drags should be greased or not greased. The arguments centre on the greased drags ability to maintain a constant pressure when hot. Whether they can or not is unlikely to bother the average UK angler. The fact that greasing a carbon drag leads to almost zero failures due to saltwater damage should bother UK anglers though. It is for this reason that my vote goes with grease and I am more than happy to see it in a factory finished reel. 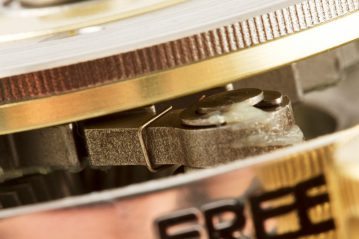 There is so much to like about this real that I do feel that I am being a bit hard over my hang-up on the noisy ratchet but any like minded angler paying top dollar for such a reel is allowed to be fickle about such things. Fishing is meant to be peaceful after all. But the Marquesa had a real ace in the hole and it played it just in time. Looking under the drag plate it was easy to see that the removal of just one circlip would facilitate the removal of the ratchet pawl and spring. With fifteen minutes work the reel could be silent. Ok it would remove the backup for the one-way roller bearing but I could live without that.

So would I recommend this reel? Yes I would. With the ratchet from hell silenced, the Marquesa 12 is a delight to use. Will its good looks last? I can’t answer that but at the moment things look good and there is no signs of corrosion setting in. Are there any other down points? Well, the plastic button that is pressed in to allow the lever drag to progress from Strike to Full feels cheap in comparison with the rest of the build but that is about it. None of the blurb sent with the reel states an RRP but surfing around flagged prices of around £230-£260. Given the reel’s spec, I feel this is a fair price. Two obvious product competitors come to mind: the Daiwa Saltist lever drag series of reels and the Avets. Both of those are fine reels but neither leave me as smitten as the Fin Nor – at least once the anti-reverse ratchet has been shut up anyway. To help you decide, take a look at www.finnorfishing.com.

I have a Marquesa 16 and have removed the dog pawl as suggested and the result is fantastic. My only concern is do i need to put it back for wrecking or going to norway???

Personal choice I think Richard but I think I would leave it in place for the big stuff.