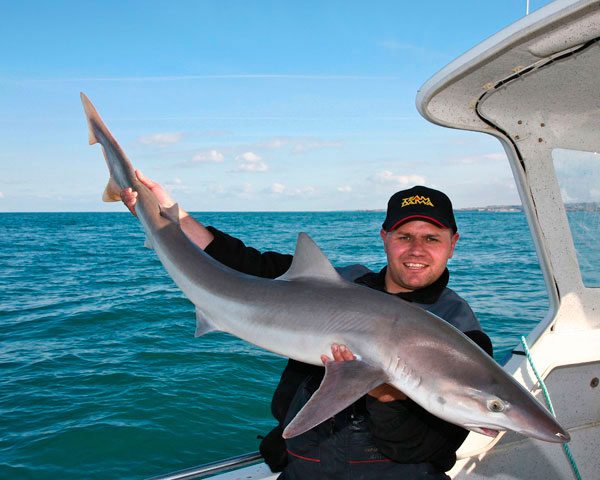 The tope can attain lengths of 2.5 metres and weights of 38 kg in European waters.

The tope can be found along the coast adjoining the east North Atlantic, North Sea and the Mediterranean and is migratory in the north. It inhabits water from 10 to 200 metres in depth and although it mainly lives in packs on the bottom but will come up into mid-water to feed. It can be found over all types of seabed but is commonly found over mixed hard and soft ground.

The tope feeds extensively on fish including pout, codling and whiting. Crustaceans also form part of its diet.

Mackerel, live or dead is the favourite bait for tope although in some estuarine waters sections of silver eel can be effective as can large sandeel where the tope come within range of the shore angler. Other small fish such as dabs and whiting can also be effective over sandy ground.