The mackerel is one of the most readily recognised sea fish in the North Atlantic due to it being a popular bait fish as well as a target species for anglers. The body has cylindrical cross section and tapers from the mid point to the head and tail. The first dorsal fin has 11-13 rays and five finlets start to the rear of the second dorsal and anal fin. This fish is brightly coloured when live and the back is a blue-green with irregular dark bands down the back and sides. The lower sides and belly are a white with iridescent hues.

Although the Mackerel can reach a weight of 3 kg it’s more normal for the angler to catch fish around 500gms.

This prolific migratory fish is found all over the North Atlantic from the edges of the continental shelf and down to North Africa. It is a pelagic species and can be found throughout the water column. It migrates north and inshore in the summer and in the reverse direction in winter.

Mackerel feed on small fish such as sprats and mackerel as well as pelagic crustaceans such a shrimps.

Mackerel will happily take small strips of fish including its own species.

Anglers commonly use feather type lures either true feathers or artificial ones such as sabikis. Silver metal spinners and pirks will also take mackerel as will small redgill style lures. 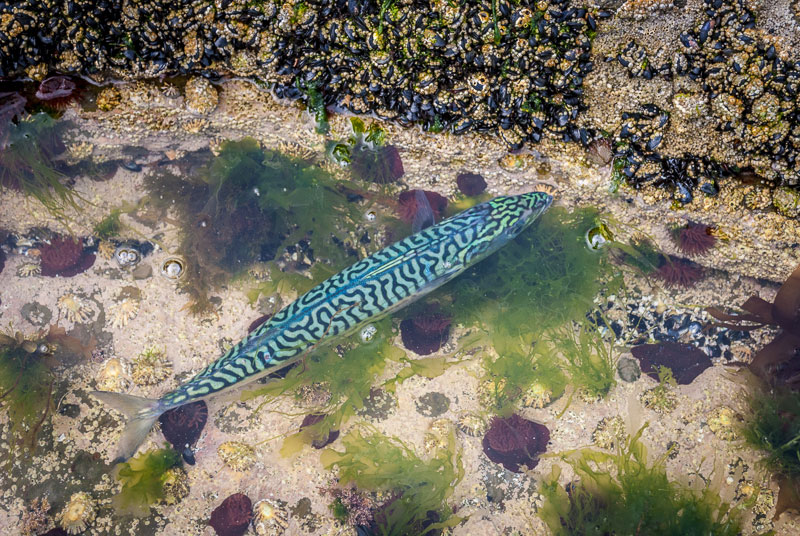