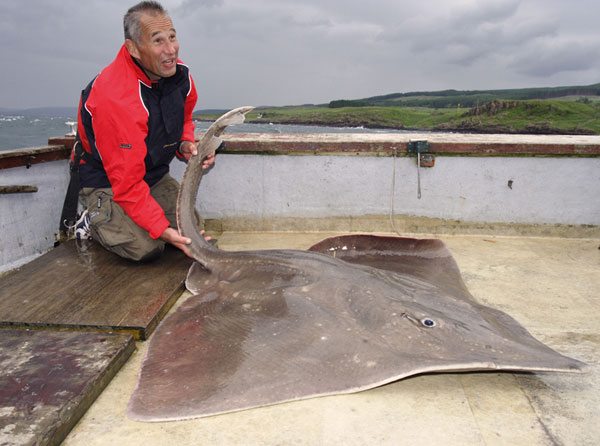 This is the largest of the skates found in European waters. It has a fairly long snout which leads to the front edge of the wing or disc being concave in shape. Both sexes have prickles on the back but the male tends to have more coverage over the whole of the disc. This skate has a row of spines down its tail and has up to three spines situated between the two dorsal fins at the rear of the tail. The colouration on the upper surface varies from olive brown to grey with brown blotches and dark spots. Lines of dark pores are visible on the blueish-grey underside.

Females of this skate can reach widths in excess of two metres and weights over 115 kg have been recorded.

The common skate can be found in depths of 10 to 600 metres but the adults tend to inhabit the deeper water. In exceptional cases around the Western Isles large adults will venture into shallow water. It can be found from the waters around Iceland and north Norway down to the Mediterranean Sea. It is commonly found over soft seabed in particular where scallops are found.

This skate is a predacious fish which will hunt in mid-water as well as on the bottom and feeds extensively on spurdogs, rays and demersal fish. It will also feed on crustaceans.

Whole or flappered fish are the most effective bait for skate including mackerel, coalfish and dogfish. 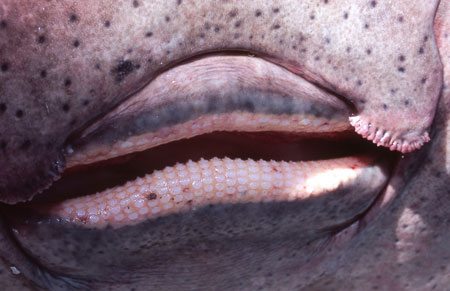