There is little doubt that the mass UK influx of long continental style rods from elsewhere in Europe has forced a major rethink in how our beach fishing is approached. It could even be argued that in some areas of the country, these rods have largely revolutionised the way we fish by removing many of the complications of casting etc. commonly associated with more traditional UK rod designs. Without question, these continental rods have much to offer when used correctly in those situations where they are most at home… namely shore and beach venues where snags are minimal. Pair such a rod with a good quality fixed spool reel loaded with either braid or mono, adopt simple rigs constructed from thin low visibility lines, and you are well on the way to better catches and increased enjoyment. 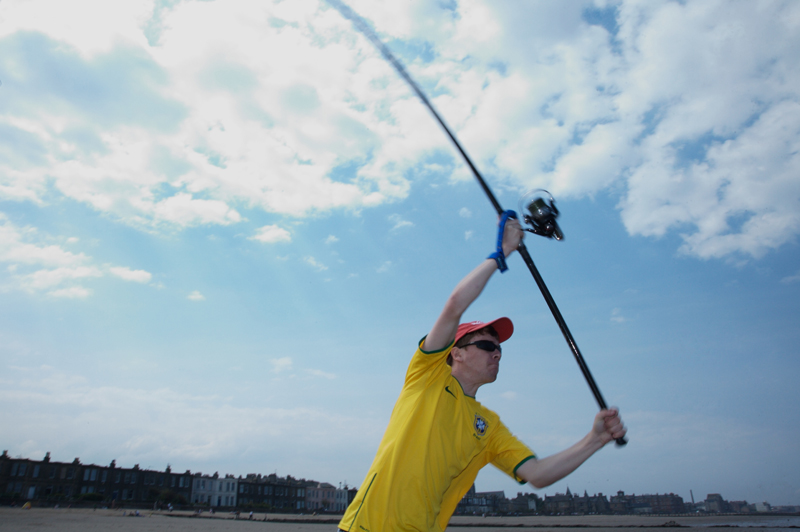 Italian company Ultramarine have a reputation for quality, and many of the UK’s international shore anglers have been quietly using UM rods successfully for years. Elsewhere in Europe, crystal clear waters and shy-biting fish demand sporting ‘fishing’ rods capable of casting light main-lines a long way. Rods of the continental ilk accomplish this and much more without stress or effort, instantly eliminating the years of torture many endure in trying to master traditional rods and multiplier reels.

I had a hectic six months leading up to last year’s World Championships in Brazil, and was investigating several rod options with the big event in mind. Having heard good things about several Ultramarine rods from several of the international squad members, I contacted Ultramarine UK to ask some probing questions.  I’m a fussy git, and wanted a rod of not less than 15ft, with a gentle action right the way through the blank, culminating in a very sensitive tip. I wanted something that would cast a long way with light line and deliver delicate baits to fish intact, rather than spraying them all over the beach as can happen with stiffer sticks. There was also the transportability aspect to be considered, given that carting all the necessary gear to Brazil was not a prospect relished. 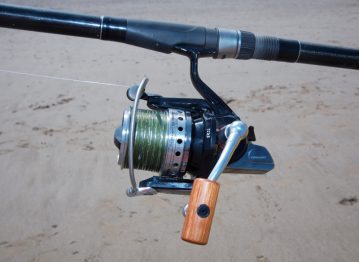 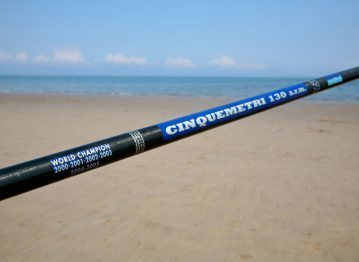 Top England shore angler, Paul Stevens, who runs Ultramarine’s UK arm, suggested a rod that sounded like a girly car! The Cinquemetri 130 is a 15 ft telescopic beach rod that ticked all my numerous boxes. I hadn’t heard of the rod before, but the result of extensive discussions was that I became the nervous owner of one.   I have never been a fan of telescopic rods and was sceptical at first… none had impressed previously and I wondered if I would live to regret my decision. I opted to keep an open mind. Good, bad or indifferent, I would give the Cinquemetri a thorough workout before the World Championships. If it stood up well, it would go with me to Brazil, if not, it would get flung in the corner with all the other failures.

My first session was at a flounder beach on the East Coast of Scotland where small flounders were present in numbers. I fished with long, light rigs. I could have fished shorter traces, but I needed to get a feel for the rod with the same rigs I’d identified for Brazil. I used a 10ft 12 lb rig body and 6 lb fluorocarbon snoods.

The rod was a delight to cast/fish with, and ably answered the questions that I asked of it. Light enough to be held for long periods, the tip is fantastically responsive and gave the impression of flounders crawling up the line. That first session convinced me to fish with Cinquemetri at the World Championships. Eight months on, with many hours hard fishing now to its credit, here are my findings…

These long rods are designed with fixed-spool overhead casting in mind, and can really whack a lead out a long way. Pendulum swings are completely inappropriate, and don’t work with this style of rod due to their all-through action. The most important information is that this rod will effortlessly send three delicate baits 100 yards with little effort – and that will result in more fish than three exploded baits blasted to 150 yards. I find 3 ozs of lead is about perfect for the rod, but it will handle a maximum of 4 oz if conditions demand it. The Cinquemetri will also ping 1 – 2 oz leads beautifully. 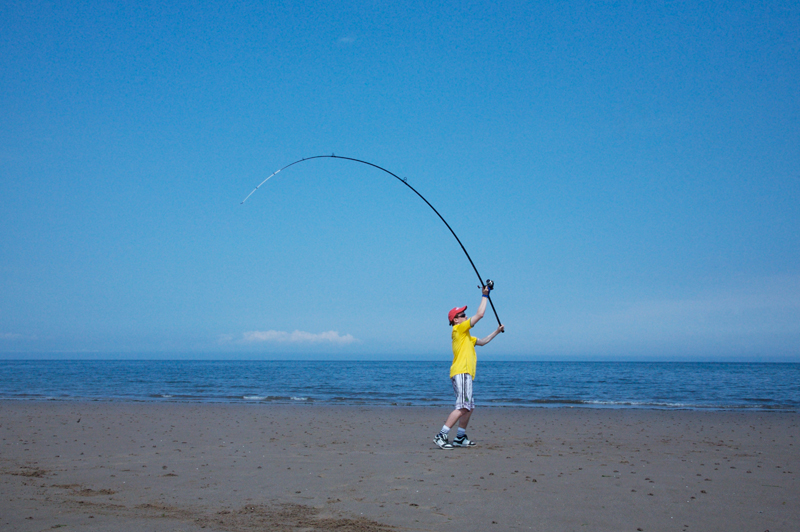 The through action means that you can fish very light rigs and cash in on presentation advantages. This might come as a shock – I have been leader-less casting 15 lb rig bodies with a 3 oz lead a long way with this rod. The rod absorbs the initial shock, and punches the lead out without risk snapping line. In theory, the lighter you can fish with the rig, the better your presentation will be, but the line between effective presentation and a tangle nightmare is a fine one. In some situations it can be useful to fish with a very long rig. I have been able to fish 12 ft long rigs with the Cinquemetri 130 with no problems. 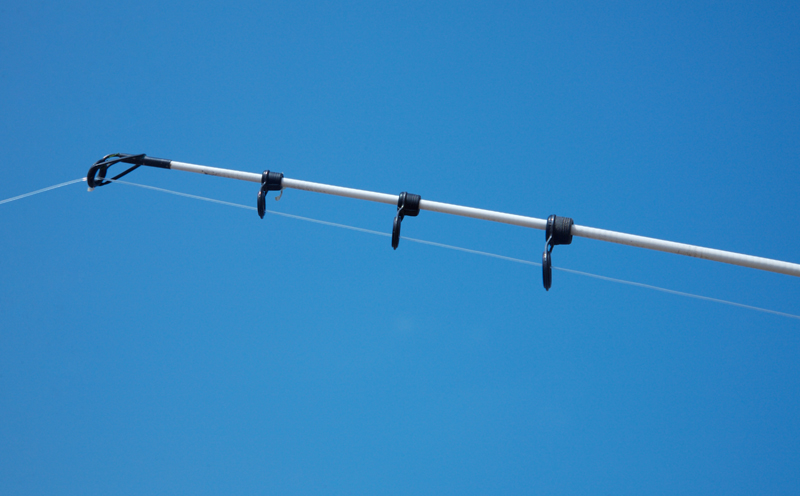 This rod has a fantastic soft tip which shows even minute bites clearly. In Brazil I was regularly catching 6-inch fish, and the bites still showed up well. The tip is finished with bright white paint, which stands out well in poor light.

It should be clearly understood that like so many items of fishing tackle, long continental style rods have limitations. Used appropriately they are excellent, but force them to contend with rough ground, strong tides and big fish and they quickly come unstuck.

I discovered the Cinquemetri does not like a heavy sea. The maximum casting weight is 130 grams, which is about 4 oz. Using a gripper of 4 oz is fine and indeed helps the problem, but large waves tend to pull the rod over too much, and if there is floating weed collecting on lines then it really struggles. Ultramarine produce a beefed up Cinquemetri 180 rod that would be better suited to heavier sea conditions.

Both Cinquemetri rods carry special Fuji sliding eyes. Unfortunately these are far from problem free, and tend to slide around the blank no matter how hard you tighten them down. In time they create a tiny groove on the rod’s finish, and in my experience this compounds the problem of guide ‘skewing’. This only happens during casting, and is an irritation common to all telescopic rods.

To purchase any of the Ultramarine range check out the TronixPro website.