Japanese fishing line manufacturer ‘Sunline’ is a market leading company with a worldwide reputation for producing some of the best lines available. Pioneering technology and processes, and the highest quality materials are responsible for an extensive product range and some of the best nylons, fluorocarbons and braids available. Sunline carry the much loved Siglon brand, which ceased UK distribution some years ago but is now back better than ever thanks to UK and Ireland distributor Nice Fish! Sunline was founded in 1977 and now supplies over 40 countries worldwide.

Super Cast Tapered Leader is a high performance resin-coated leader line derivative of Sunline’s Single Resin Processing (SRP), and there are no less than nine breaking strain variances available. Super Cast Tapered Leader as comes in four different colours – clear blue, red, yellow and black – but all breaking strains are not available in all the colours, so be sure to double check before ordering. 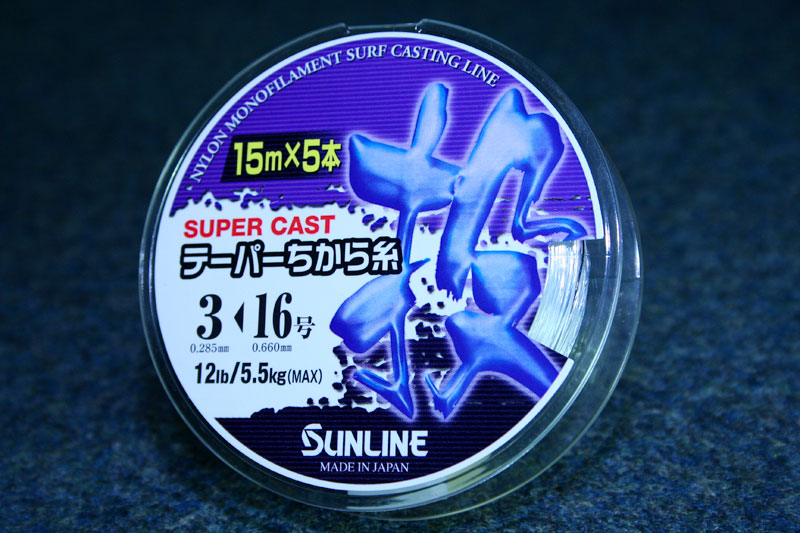 Each new spool holds 5 X 15 metre leaders, while individual leaders are comprised of an 8m parallel section, 6m tapering section and 1m tippet, as opposed to the more universal tapered leader configuration of an 8 metre parallel running to a 7 metre taper only. The start of each leader is numbered with a sticker that very simply lets you know how many are left on the spool.

I trialled the 0.285mm to 0.660mm or 12 – 70lb, non-intrusive clear blue strain, which I found rolled off the spool true and knotted beautifully. Even joined to 0.32mm Ultima F1 main line the 0.285mm SCTL produced a compact little knot that wasn’t inclined to clatter noisily through rod rings when cast. The Clear Blue version displays a slight semi-ultraviolet tint, but it is pleasantly non-intrusive. Exactly how hard-wearing the product is remains to be seen, but the importance of this is negligible given that anglers should be replacing or re-knotting leaders regularly, if not before every session. Triple Resin Processing is an intricate manufacturing process that fills spaces between molecules with resin to produce a moisture-proof, shock-resistant and hardwearing line in the form of Siglon FC Fluorocarbon. 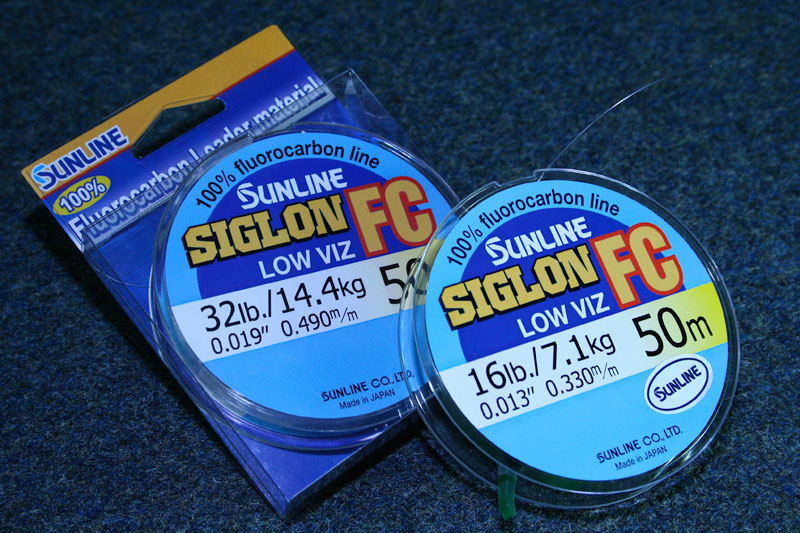 Siglon FC is a 100% Polyvinylidene fluoride or fluorocarbon line that’s clear in colour. The test spool was 50 metres of 16lb (0.33mm): it peels from the generously wide spool straight rather than resembling the crumpled bedspring symptomatic of so many lines claiming to be full fluorocarbons. This line is a joy to knot. Various knots and loops were slid together and formed with very little evidence of forming damage behind any completed knot. Pull-tests against digital scales produced an average of two-thirds line strength expiry at knots, which is pretty good too. Siglon FC is without doubt one of the very best full fluorocarbon lines that I have laid my hands on. The ‘Triple Resin’ technique produces a fluorocarbon that combines discernable body rigidity and suppleness to provide a desirably stiff aspect but soft finished article that’s just magic to work with… this is damn close to the fluorocarbon Holy Grail. Fantastic for both leader and rig uses.

Siglon V is a water-repelling (hydrophobic), UV resistant line that possesses superb shock strength. Excellent for both reel-line and hook length purposes, I have considerable previous experience of this IFGA rated line, and would class it as one of the best available for sea fishing. The trouble until now has always been getting hold of it in decent quantities. 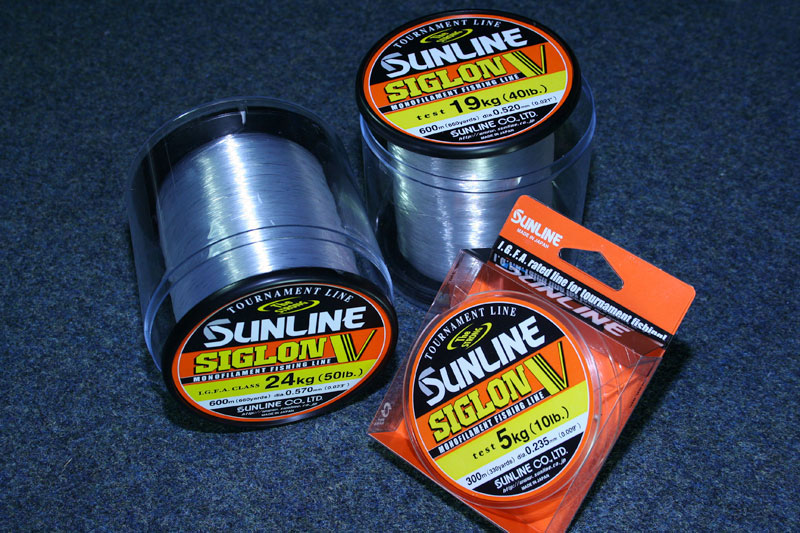 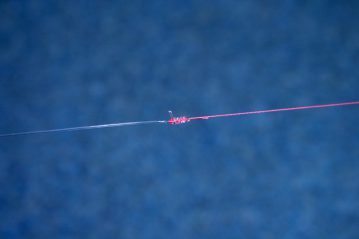 Actual working strength aside, this is a wonderfully smooth tensile line that’s highly reliable with an excellent wet knot strength. In this instance the test spool was 5kg/10lb (0.235mm), but Siglon V is available right up to an almighty 40kg. Actual line diameters compare very favourably with other similar mainstream fishing lines. Three examples of breaking strain to diameter ratios are: 16.5lb (7.5kg) is 31mm, while 17.6lb (8kg) goes 0.33mm and 22lb (10kg) is 0.37mm in diameter.

Siglon is great on reels for finesse bassing in modest breaking strains, or for highly abrasive, heavy-duty rough ground fishing in the thicker diameters. Ideal for lure fishing, float fishing and more general shore and boat use, but also comes highly recommended for rig building purposes. It’s available in either Clear or Mist Green, and spooled in a variety of quantities from just 30m spools for lower braking strains right up to giant 5000m spools. More standard spools carry 100, 300 and 600 metres. 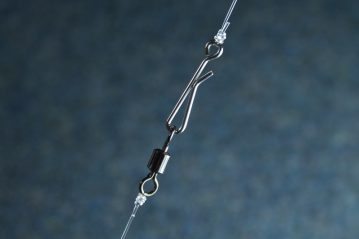 Small Game Leader FC line is only available in 3 – 6lb breaking strains and is included here as it’s ideal for mullet fishing, and for creating ultra light snoods on beach match rigs where likes of flounders and generally modest fish are targeted at close range in clear water situations. It will also find favour with those who fish LRF style.

Coloured Stealth Grey, Small Game is a soft 100% fluorocarbon hooklength material. It has the feel of a friendly mono rather than a wiry fluoro, and comes on neat 30m spools. My dabbling was with the 4lb Small Game for mullet under a small float and I cannot fault it in performance terms. Knots form soundly, however I did find that knotting to an eyed hook produced a better aesthetic knot as opposed to a finished snell knot or whipped finish knot to a spade-end hook, which displayed noticeable ruffle on completion. Quick-change loop-to-loop connections worked well, as did snoods attached via tiny match swivels. 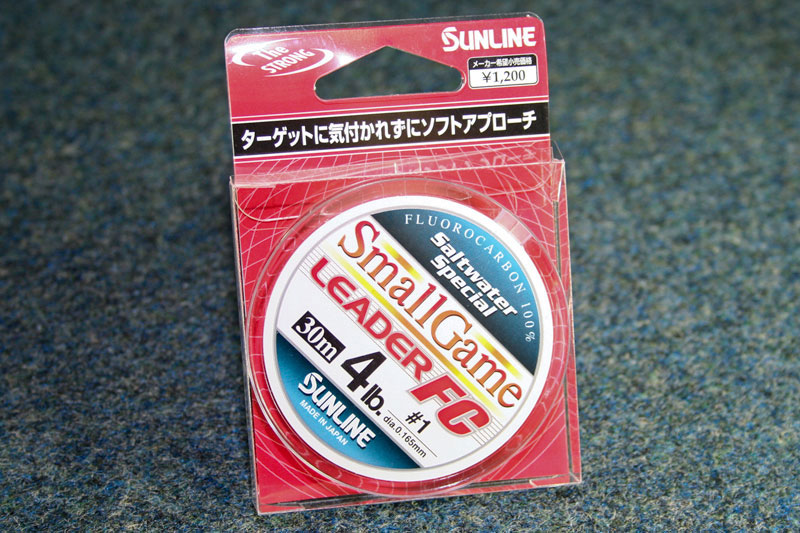 A full list of Sunline dealers across the UK and Ireland can be found here. The Sunline catalogue contains details of their full product range and can be viewed here. For further information email info@nice-fish.com