Momentum 4X4 is a high performance braided line that lure fishing fanatics are absolutely raving about. Planet Sea Fishing test drove it and concluded this is a line with plenty to offer shore, boat and more specifically lure anglers.

Momentum 4X4 braid comes in highly visible Fluorescent Yellow or Dark Green colour strains. Engineered using polyethylene and high specific gravity ester monofilaments to produce a very individual braid that’s less susceptible to the interfering effects of wind and waves. I have no idea what high specific gravity ester monofilaments are but the end result is a stiffish slick surface braid with a round outer profile to minimise guide friction during casting. Joining knots to either a fluorocarbon leader or direct to a link swivel form well, while Momentum 4 X 4 is easy to cut cleanly with a decent pair of braid scissors. 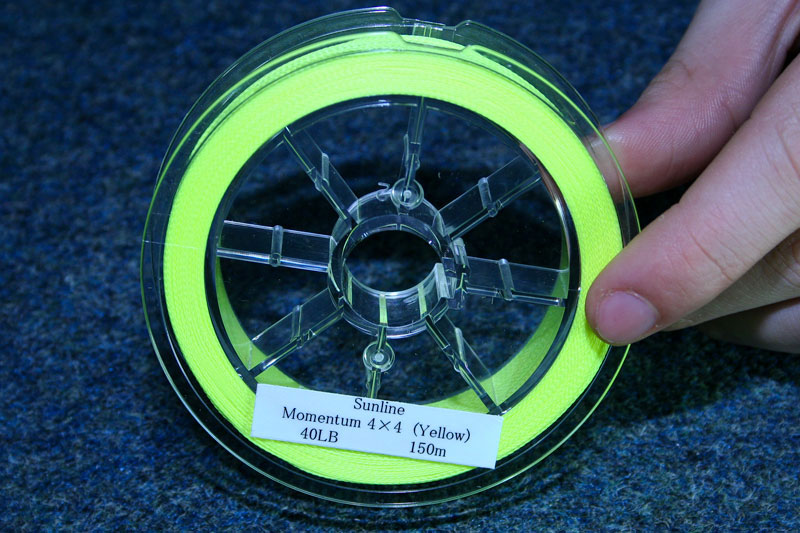 I had a couple of spools of yellow gear to try. I put 150m of 20lb on a medium sized fixed spool reel for tossing lures at the modest bass that are prevalent locally. I fished a very short 4ft fluorocarbon leader which allowed maximum technique to be imparted to lures and full feel to be retained for what is generally short range, rock edge fishing.

Unlike some braids, Momentum isn’t limp and dull feeling. And it does not absorb water like a sponge even after considerable rasping through rock snags, which serve to swiftly strip exterior coatings. Twitching, popping and walking lures with such a reactive line means you can’t fail to visualise lure movements under cover of full darkness. I would describe Momentum as a responsive buoyant braid possessing a good level of abrasion resistance and knot strength. 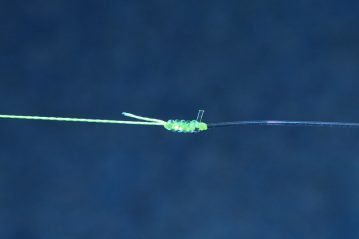 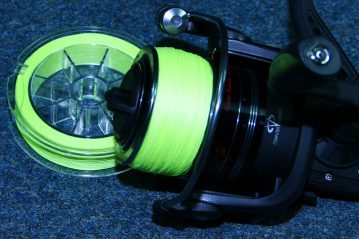 I let several experienced anglers cast and retrieve the 20lb yellow Momentum on test and overwhelming opinion backed this as a top braid for lure men. An excellent braid is only a part of the wider whole however, and marrying the correct rod and reel to said line is crucial when it comes to achieving maximum sporting enjoyment and full lure fishing function. 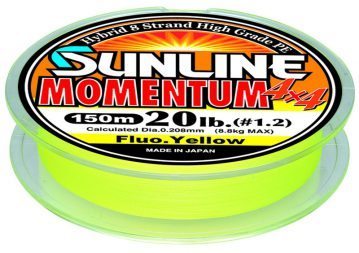 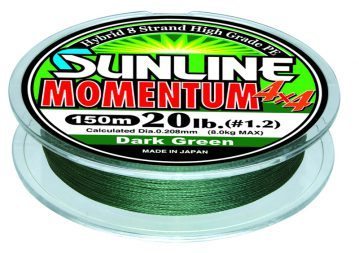 A full list of Sunline dealers across the UK and Ireland can be found here. The Sunline catalogue contains details of their full product range and can be viewed here. For further information email Nice Fish.