I prefer to have a light on my rod rest to illuminate my rod tips when night fishing as I feel that light overspill can put off some of the fish which inhabit the water close to shore. With this in mind I have been looking to replace my lost Joby Gorilla torch as a light source to illuminate my rods when they are sitting on the tripod. The Damiltech torch kit appears to fit the bill.

Damiltech Solutions are well known for producing tackle box accessories such as the Spool Tidy and Tube Tidy. The torch kit is their first foray into the lighting market. The kit consists of the torch body, a plastic mounting unit, a re-chargeable BRC 18650 battery, a plug-in charger and an adapter which holds three AAA batteries. 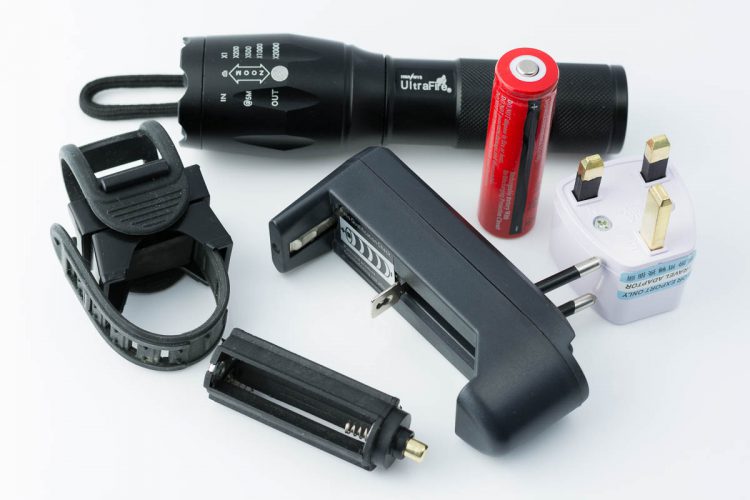 The torch itself is based on the Cree XM-L T6 LED which is rated up to 1000 lumens and produces a bright beam of light. The flashlight body is machined from quality aluminium alloy and its solid construction coupled with decent seals means that the unit can cope with adverse weather outdoors. The rotating head of the flashlight allows some variation in the width of the beam. 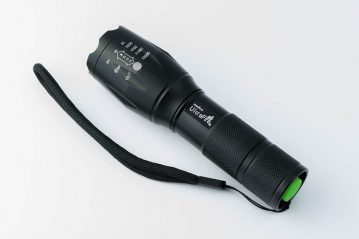 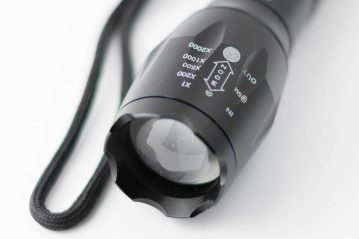 While to torch is fairly standard it’s the fact that the kit comes with an adjustable mounting unit that will prove of interest to the angler. The mount is easy to locate on the torch with the rubberised plastic strap securing it in place. Turning the torch on is a matter of simply pressing the large green button on the base. The button surface has a rough finish and can be easily operated even when wearing gloves. The initial press has a sensory click and turns the light on in full power. Subsequent, partial presses will cycle the light through the various options; full power, medium and low power then strobe and finally a SOS Morse code mode. A full press turns the light off again. 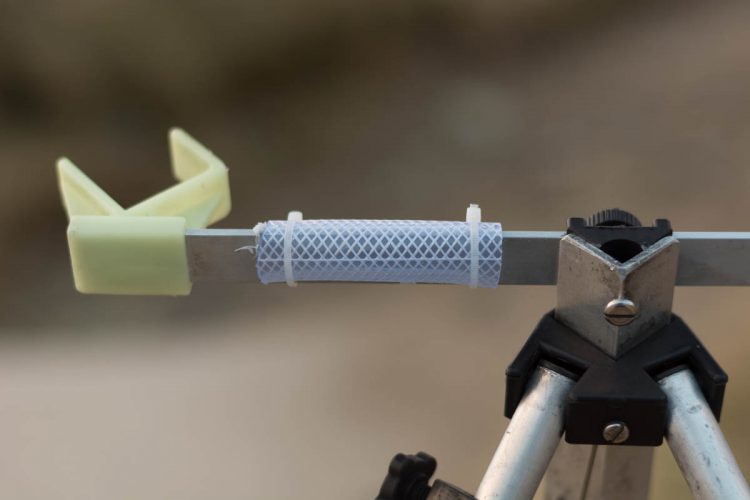 On their Facebook page, Damiltech show the torch being mounted on the leg of the tripod where it is directed upwards towards the rod tips. However, I found it more efficient to locate it on the head of the tripod. Although the head of my Ian Golds tripod has a flat bar profile it was a simple job to cut a length of reinforced plastic hose and split it length ways to allow it to be slipped onto the bar. A couple of cable ties ensured that it remains in place. The flashlight can then be located at the optimal angle using the lower strap. The pictured tubing has a diameter of 13mm but I have since replaced this with 19mm tubing which fully covers the head bar. 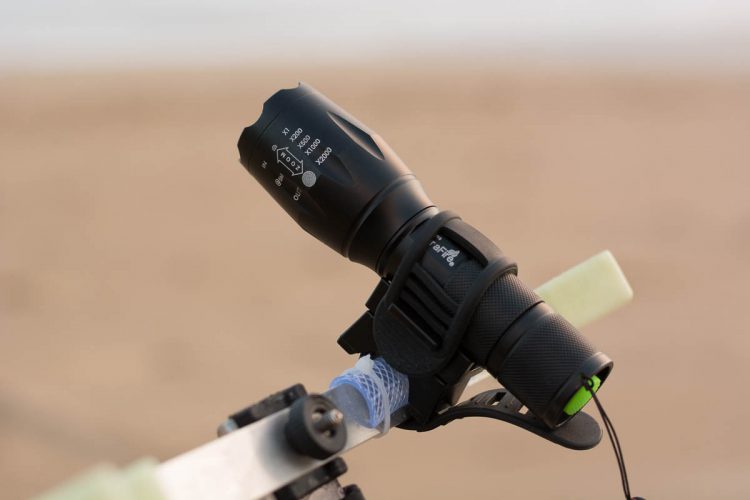 Unfortunately, my kit was let down by a duff Ultrafire battery, which although rated at 3000 mAh did not produce this power and only provided a maximum of 60 minutes effective light. When I advised Damiltech of this a replacement  battery was quickly supplied and this replacement has a far better life, stretching out to  more than six hours. When powered using the supplied adapter and three Duracell AAA batteries the light remained effective for periods in excess of five hours.

All in all this kit is a valuable addition to the tackle box of any angler who fishes after dark. For info on how to order visit the Damiltech Facebook page.