Priced at £269 and with something of an instant cult following the  Century Excalibur boat rod is raising more than a few interested eyebrows. It fell to Steve Souter to drill down and deliver the verdict on exactly what this UK-made rod is capable of.

Century have been something of a reluctant player in boat rods, with only fleeting dips into the area until now with the introduction of the Excalibur Braid 20-40 boat rod profiled here, and its 20-50 big brother version.

Created to subdue heavyweight Norwegian cod and coalfish in the first instance, the Excalibur concept doesn’t conform to any bland multi-piece travel rod blueprint. In a nutshell, common travel rods, while convenient, are fallible and limited by interrupted rod curvatures symptomatic of multiple joints, and sometimes inappropriate blank wall thicknesses which court catastrophic rod implosion under the strain of big fish hauled from deep on a near vertical line. 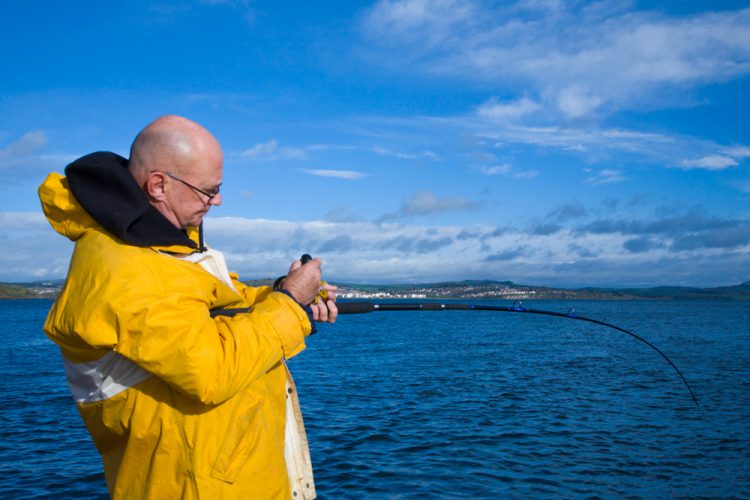 At 8ft 4in, the 20-40 Excalibur seriously bucks the stinted 6-and-a-bit-feet suitcase rod trend, which immediately opens it up to much wider general use. By adopting a more traditional 2-piece, short butt (35½’’) and long tip section (64″), and utilising generous amounts of high modulus carbon in the Excalibur design, Century have created an all-purpose rod that isn’t compromised or conformist.

The resulting fluid curvature, formidable lower and central strength and subtle tip action is specifically intended to work in conjunction with braided lines. The culmination of these efforts and Century’s anti-twist blank technology – AT-T for short – is a prodigious boat rod that’s more than capable of delivering top performance across home and away situations and venues.

The optimum working length for a modern downtide boat rod wherever it is employed around the UK is a little over 8 feet, and with this in mind I would not hesitate to use this 20-40 Excalibur for middleweight congers from wreck and deep water reefs, or bank fishing for large turbot, or at anchor for all manner of substantial species including tope, large spurdog, rays and smoothhounds.

My wacky intent was to illustrate the rod’s powerhouse capabilities by catching a west coast common skate on it but things don’t always go to plan. Those that know me know also that I would rather set myself alight than go skate fishing in upwards of 400 feet of water, and after three weathered off attempts, I was spared that familiar purgatory. In the midst of some horrendous weather I eventually got out to play on boats on the Scottish east coast. 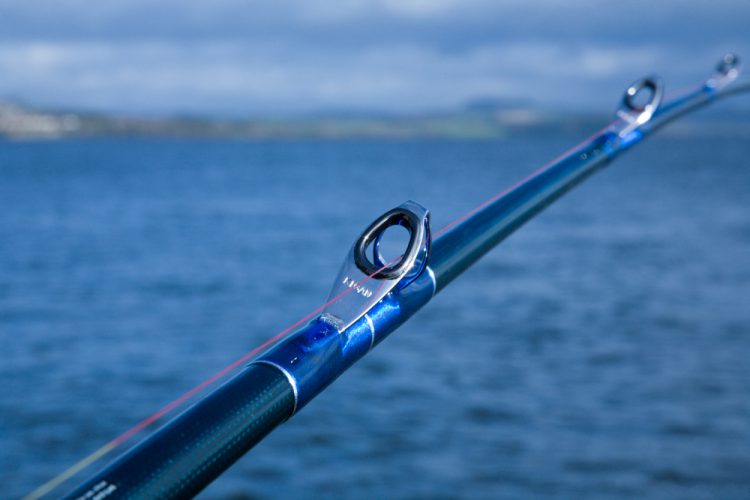 Marrying the rod with a Daiwa Saltist STTBG35H reel and thin 50lb 8 strand braid I encountered typically 3lb codling, some larger pollack and a couple of ling, none of which taxed the rod’s backbone to any great degree. However, the visible bite detection on the tip and feel through the blank in response to underwhelming adversaries was outstanding. I could read every signalled lump, bump and dip of the rocky bottom through the rod, while bites are belted out on the tip. The tugs and tows from hooked fish, and line-stripping dives in the case of pollack are clarion-clear from both sight and contact perspectives.

This is a rod that is categorically understated in all departments. While the product specification identities using 20-40lb lines, it is comfortably at home with high quality, thin 8-strand braided lines to 60lb and more. I worked on the drift with a variety of leads and found that despite the conservative 200 – 400g (7-14oz) rating, the rod excelled on weights between 8ozs and 1lb, while it breezed the jump to 1½ lb and remained untroubled by a full 2lb of burden. These lead machinations serve to underline just some of the scenarios this brawny rod will cope with.

Bait fishing, wreck lure work, full blooded pirking, bank fishing and more in tides ranging from modest to extreme, the Excalibur has what it takes in spades. There is no doubt that the 20-40 will easily handle cod and coalfish certainly into the twenties of pounds, and I would happily use it on my annual Spring trip to Shetland where big roe-heavy ling regularly go more than 40lbs. 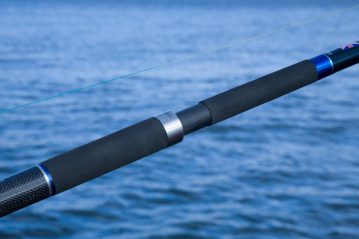 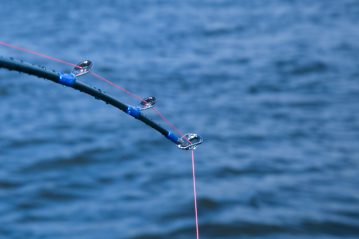 The build and body work are as impressive as what’s under the bonnet. The translucent blue blank sports near noiseless Kigon Zirconium guides, which are secured with two shades of blue whippings. The push-in joint is steel trimmed in trademark Century fashion, while a tapered fore-grip, JSR handle and joint grips and Fuji DPS reel fitting complete the regalia. 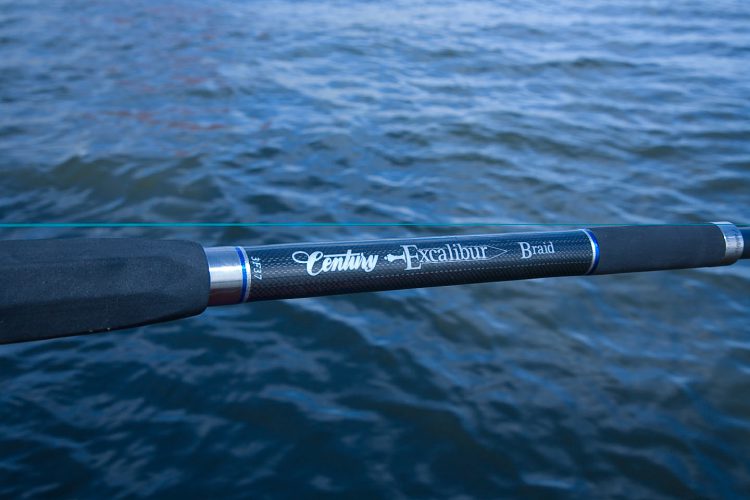 The Excalibur 20-40 Braid is quality, reliability and impressive performance in an all-purpose power and panache package worthy of the £269 price tag. Both Excalibur Braid boat rods are available through Century dealers.