Rod reviews that ring Shaun Cumming’s bell are those that don’t leave gaps, the ones that explore fishing abilities without guesswork before marrying those findings to casting opinion. This stoic criteria stood as a framework for working the now well established Century Carbon Metal Express rod for Planet Sea Fishing. 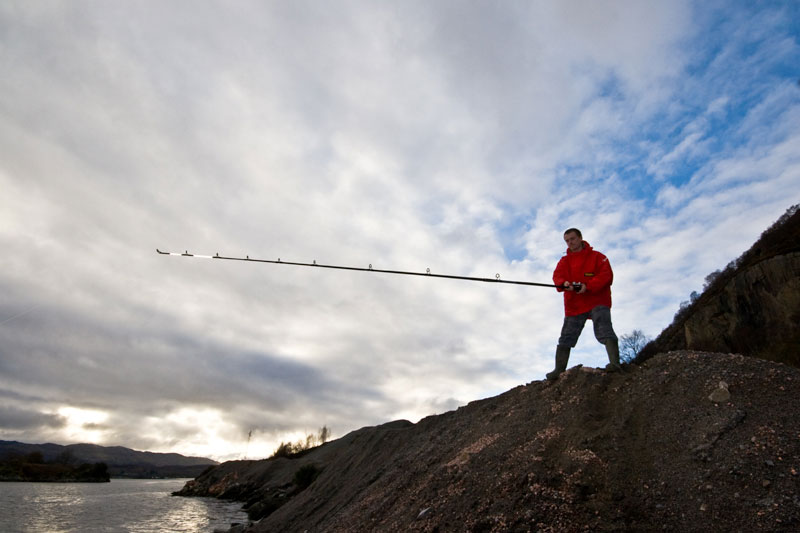 Century have a profound reputation for producing casting rods that can leave others standing in a grass field. However, those really familiar with the company’s history and modern rod range would be quick to laud their fishing attributes equally. I was conscious that the Carbon Metal Express has received raving acclaim from ‘casters’, which is all good and well, but as an angler for whom casting is only a means to an end, those merits alone would not seal contented approval on my account. Indeed, if the CME was to win any real thumbs up from me then it would need to excel in real ‘wet’ fishing situations as well.

With a clear mind I set out to systematically judge one fishing factor at a time. I strolled onto the beach without a hook-bait in sight to get the initial casting bit out of the way. The CME carries a 4 – 7ozs lead banding. I started off on a 4oz lead in order to introduce myself to the new rod and gently acclimatize to its casting idiosyncrasies.

I don’t profess to be a huge caster but I can bend most rods and sling a substantial bait out to where the fish are on the vast majority of occasions. My initial impressions were that this wasn’t a particularly stiff blank but under load of 4ozs it wasn’t priming as well as I knew it could – but then I am no man-mountain meatball! A 5oz lead was much better and the rod felt markedly more alive through the set up and release. I used a simple slow fishing swing to draw a drop of around 8 feet under the rod, before swivelling into the cast. After several clean confidence building casts, I think it is fair to say regular distances of 150 yards were consistently achieved. 6oz leads felt good on the rod too, and compression and distance using the same stunted fishing cast effortlessly mirrored my 5ozs results.

A recurrent thought was that compressing the CME felt strange, not unpleasant, just different to what I was used to. These CME rods were painstakingly designed with the assistance of field casters, which would make my later ‘fishing’ tests interesting. Regardless, the aim of designers was to break traditional casting rod moulds in order to deliver very achievable high performance. Many lead-chucking rods are more or less stiff throughout, and generically described as displaying a “J-curve”. The CME however, is apparently designed with a “C-curve”. The clues are in the shapes of the letters, but explained simply, the bend extends in parabolic fashion, and when fully compressed, resembles that of a drawn archer’s bow. 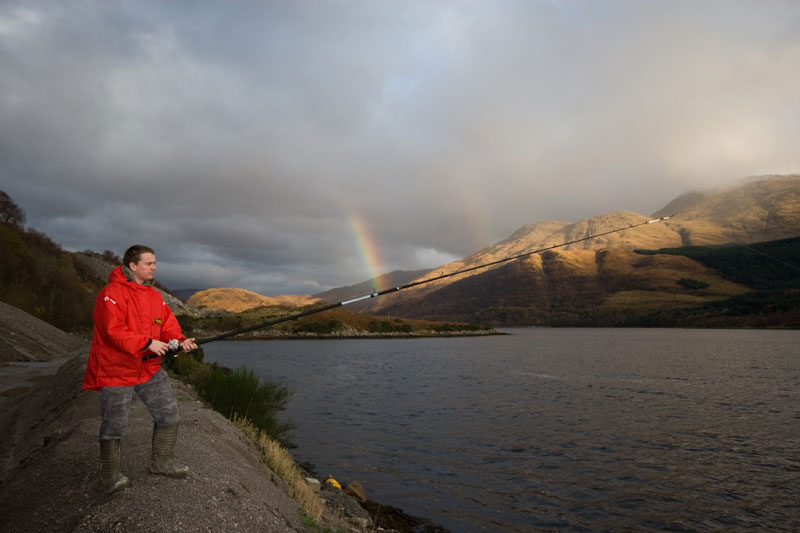 This perhaps paints a picture of a spineless, floppy rod, but be assured that this is not the case. It takes extreme power to achieve the fully compressed state, and super-fast recovery speed is good indicator of underlying steeliness. I am no casting bear and admit that I cannot achieve rod’s full potential with my current abilities, but I can clearly see why fledged tournament casters are able to launch leads scary distances with the CME. Considering my less than expert casting I was still able to achieve excellent distances without having my intestines pull themselves in painful knots.

After the casting feeler session, I had some reservations with the blank design, but stepped out with an open mind and went straight for an extreme. Conditions were wild for an impromptu cod session on Scotland’s rocky east coast. The venue was an esplanade overlooking shallow boulder ground. Not the roughest of venues, but it would provide a wicked first blooding. 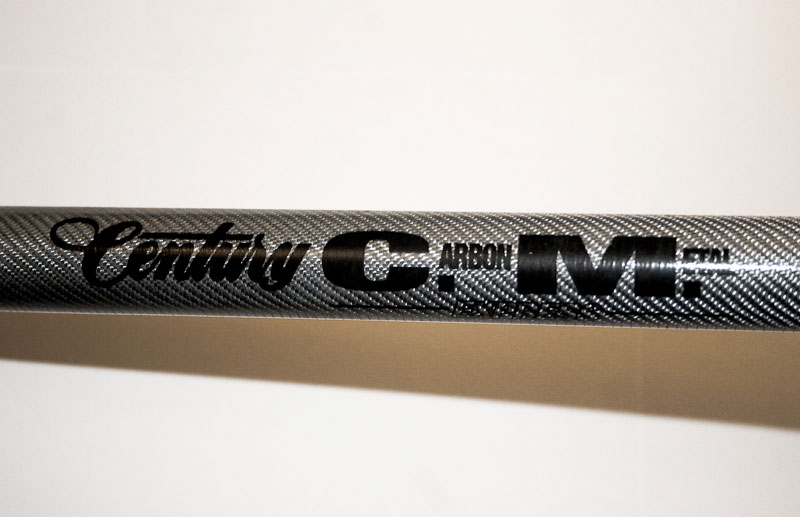 The fish were playing ball and I landed four small codling in quick succession. This involved some huffing and heaving with the fish 80 yards out and over some trying boulders. The through-action was not ideal but it was manageable. The ante was upped with a 5lb cod, which I eventually landed after a worrying struggle.

Moving to a shallower mark, I faced a gulley running parallel to me, and a pronounced reef 40 yards out. Cranking fish over this grabbing ground on the CME was an uncomfortable experience all-round that would define the rod’s limitations. It felt as though I was playing fish on the end of a great big elastic band. Okay, it was a responsive elastic band, but nonetheless, any rod that automatically yields in the mid and butt sections just won’t best meet the challenges that rough ground presents. This rod clearly has its uses, but bullying big fish through snags is not second nature, nor, in fairness, the CME’s intended forte. 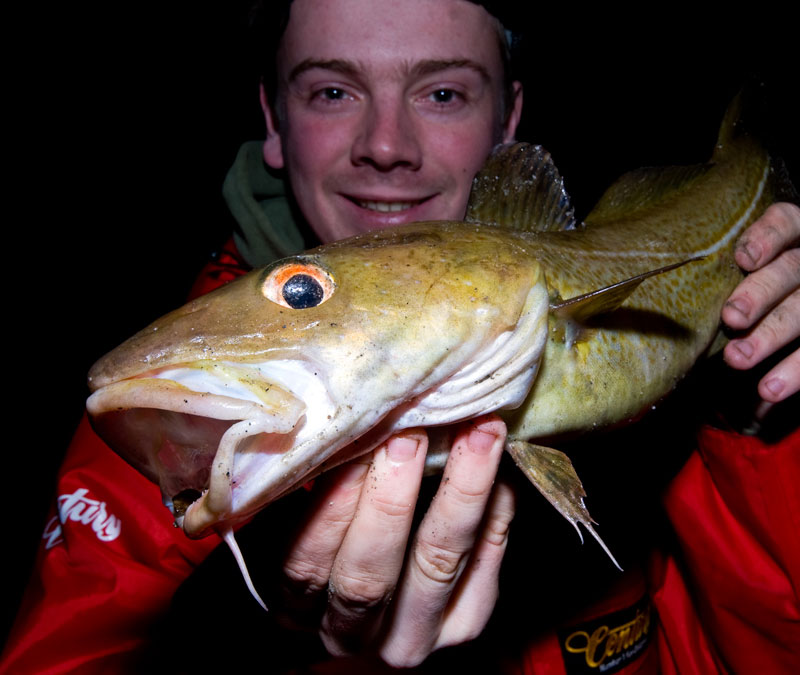 Next time out, I took the CME to the deep water quarry venue at Loch Etive, where there’s limited tidal run shy of 80 yards. This is a snag-free venue requiring a decent cast to consistently find fish; thus a much more apt proposition for the CME. 6oz grip-leads towing 3-hook clipped rigs were in order. This time the rod was a dream to use: casting was as clean as before but it was a far, far happier animal without jarring rocks to contend with.

I had a good few fish including double shots of dogfish and codling. Every nod and turn was displayed on the discernibly stiff tip, and down the blank to my receiving hands. Nibbling bites from small whiting and gurnards at long range were clear as a bell. If I was impressed with the clean, easy casting performance of the CME, I was doubly taken with what I’ll call the HD bite detection and feel with fish attached. And wind and tide influence didn’t swamp the tip into a rush of fluttering reverb when sat static on the tripod – a habitual failing of many rods over 13ft.

The general finish of the rod is top notch. Metallic graphics contrast well against the raw carbon weave to provide a machine-like aesthetic. Whippings are minimalist and suit the rod. The tip is furnished with high quality reflective tape rather than the ineffective and quickly perishable factory grot used on too many new rods.

Century faced angler criticism regarding their adjustable reel seat, which some say can slip and rotate under strain. This is my first prolonged experience with this particular reel seat configuration, and I experienced no such problems using reels at all ends of the size spectrum, from a small 6500 or 7HT all the way up to Slosh/Saltist 30 size. All the hard edges on the reel seat, including the coaster, are lined with soft foam for comfort and good gripping. 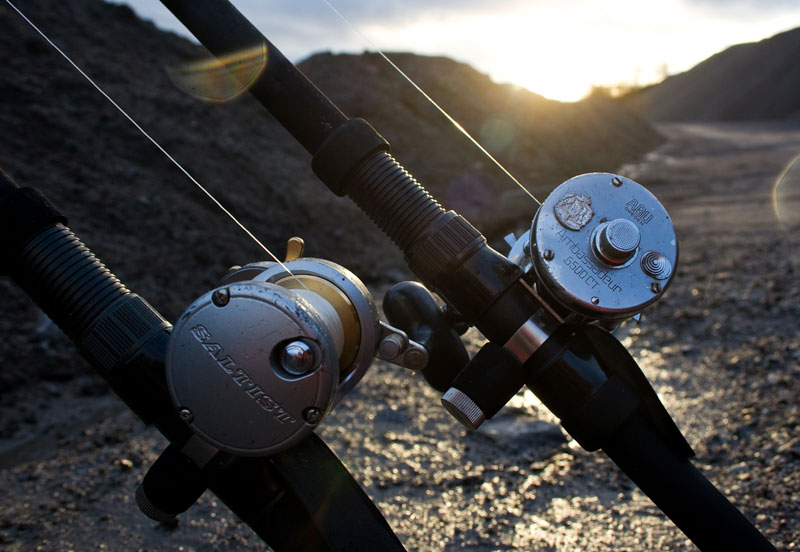 Century supply a rod bag as standard with all of their beachcasters. Usually, these are the first items I throw in the bin, but I simply couldn’t in this case. The Century rod bags are fantastic: made from robust super thick material that screams quality and longevity. Each bag has a convenient carry strap, but the best feature is the fabric separator within the bag that keeps both tip and butt section apart so that guides don’t clash on the way in. Admittedly they are too bulky to take fishing and would never fit inside a rod carrier, but these are perfect if travelling light with only a couple of rods, or even just to keep the car tidy.

From top to bottom, the Century CME is indicative of fine British craftsmanship, and vastly superior to the masses of inferior pre-formed Far Eastern blanks. A fabulous casting rod, it shines in clean ground situations at everything from 40 yards to over-the-horizon. A constant of rough ground kills the rod, unduly hurts the struggling angler, and will ultimately cost him fish. While the CME does handle occasional stray boulders and certainly big powerful fish without issue, this is not a rod for rough ground skull-dragging. Match anglers who fish shallow beaches for such as small whiting and dabs at maximum distance will love the CME. South coast beaches spring to mind, but I would also put it at home across Lincolnshire, Norfolk, and pretty much all west coast situations. It certainly won’t accompany me on any more east coast codding trips, but the designers would rightly argue it was never meant to. The price tag speaks volumes, and with an RRP of around £290, the Century CME most certainly is not some Chinese ‘noodle’. Visit the Century site for more information.