Not much to report from the Lancashire area this week I’m afraid due to the weather we have had high wind and heavy rain has made the sea unfishable 95% of the time.

The Fleetwood and District Club were out at at Morecambe, fishing the west end beach and had a low attendance. This was to be expected it was a Saturday which does not suit every one, the forecast was horrendous strong winds and monsoon like rain, so no surprise a lot of anglers gave it a swerve.

As it turned out for the hardy souls that made it found the wind hitting their backs and the sea was calm and the rain was tolerable.

At first sight the amount of weed on the beach made the anglers feel that fishing would be a waste of time, but luckily all the weed was on the beach not in the water.

All we needed now was some fish, the target species plaice, only showed in small numbers but there were thornbacks, a couple of dogs and a good smoothhound. 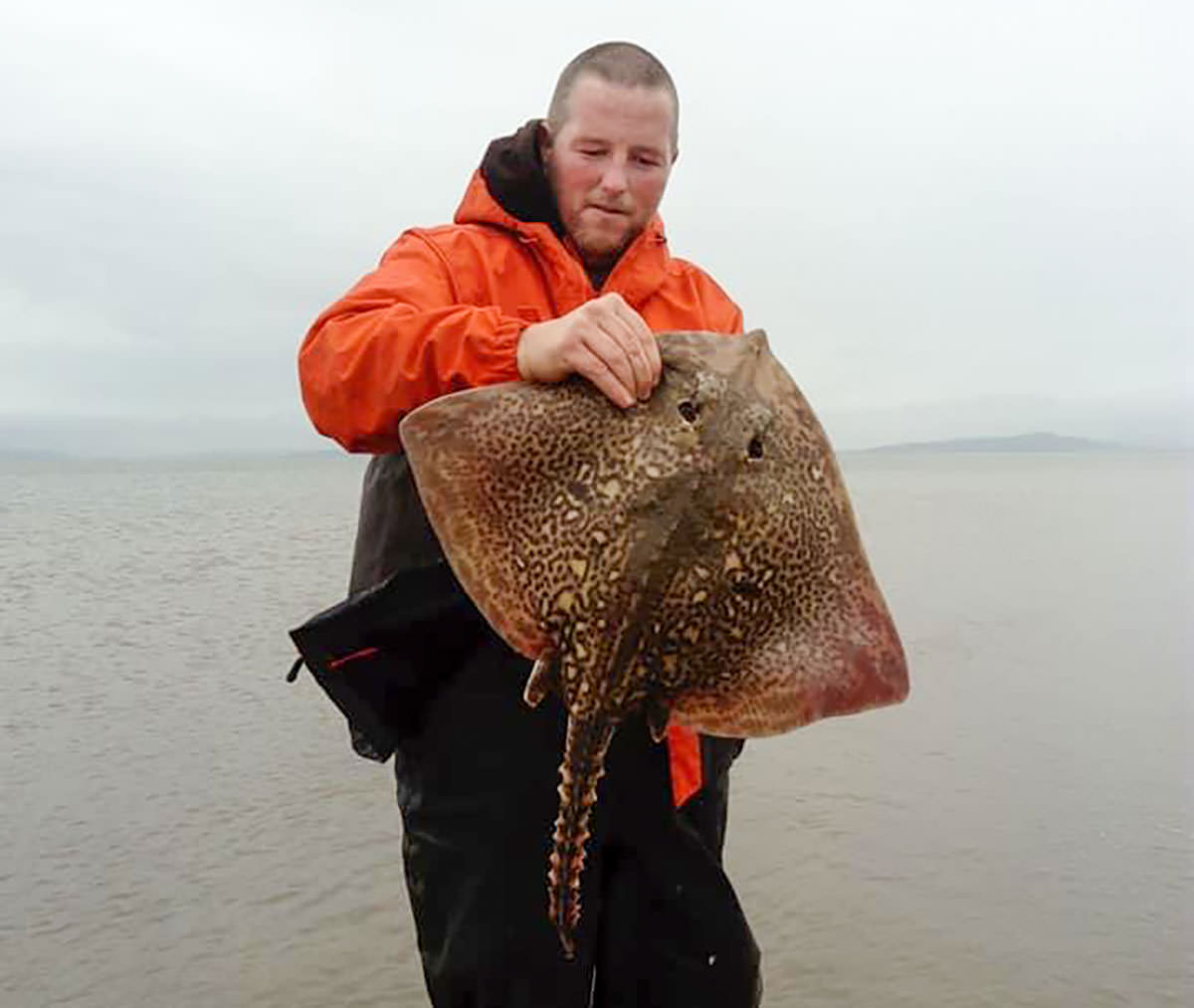 David G Hutchinson with a ray

Bait for the days did not seen to matter, with fish being caught on squid, sandeel, worm or a mixture of the above baits.

Congratulations to Neil Porter on winning his first club match and having the biggest fish a good smoothhound, in second place was West end beach expert David G Hutchinson.

Results of those that caught.