Jordan Russell enjoyed a brilliant first trip out on his SIB just one mile off Redbank Road.

Highlight of a great session was a 54lb tope which was landed after a 40 minute fight with the assistance of Steve Morgan, Kevin Osborne and his crew from Wyre Boat Angling Club. 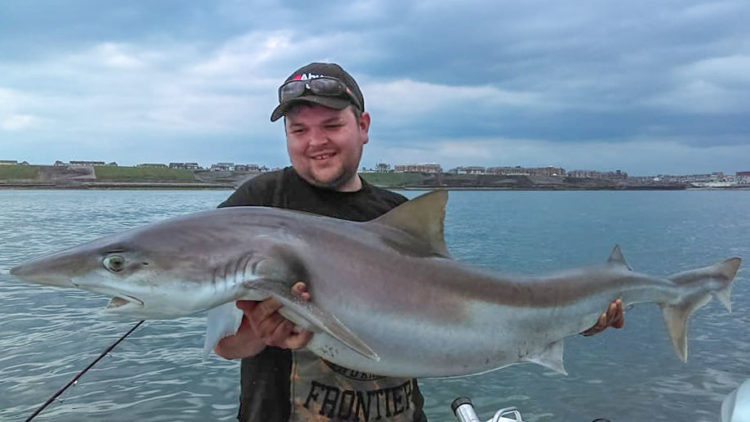 Jordan with his 54lb tope

Jordan also had a shore session last Sunday Paul Goodchild. They fished a couple of hours on the flood at Marine Beach. Paul had already fished the low at Rossall and Jordan a chuck there too, with just a plaice to show for Paul’s efforts.

They both fished the same tactics at Marine with one rod short and one at distance all baited with fresh black worm and small fresh peeler crab. The key was to fish in the surf not over it and within minutes Paul was in. In just over two hours they had nine bass, a plaice and a flounder. A cracking session on light Grauvell gear, using the Vertix Continental rods and reels. Good fun fishing close range with light leads and small hooks.

Blackpool Federation Angling Club held their fifth match of the season at Fleetwood Channel on the 4th of June 2017 from 9:00 to 12:00. Fishing the first 3 hours of the ebb.

Overall fishing was hard with most anglers only managing to catch a couple of fish. Catches were mainly made up of flounders with the odd eel and plaice being caught.

Most effective bait was undoubtedly peeler crab, whether or not tipped with bluey.

Fleetwood and District AC fished their match on the Fylde coast at Lytham last Sunday. The weather was a bit breezy, blowing down the estuary and weed was a problem at times. For once the fish decided to feed while we were there, and with one or two exceptions the match length fished well. A total of 116 flounders and two eels were landed by the ten anglers who fished.

Top bait on the day was peeler crab.

Well done to Dave Wilson who was top rod on the day, and Mark Taylor and Peter Lambert who both had the longest fish a 40cm flounder.

Next week’s match is at Rossall point 11.00am-2.00pm don’t think they will have over one hundred fish. 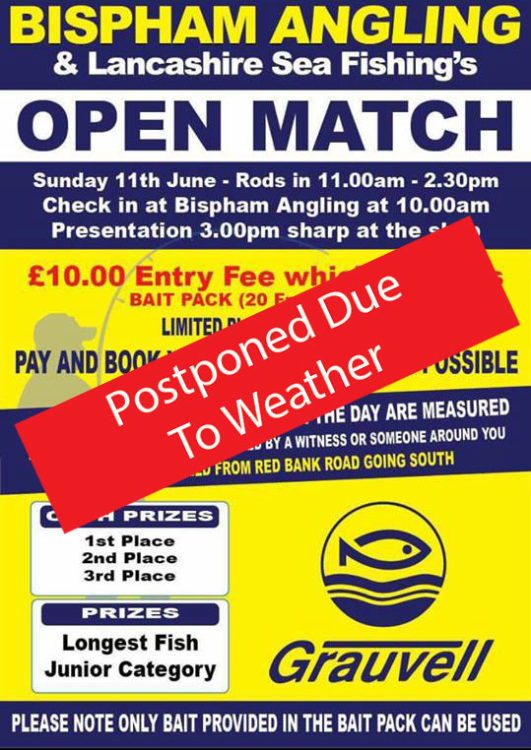