Fleetwood and District Angling Club fished their latest match at Five-bar Gate. 30 anglers fished the event in good weather, the wind was not as bad as forecast and even some fish turned up.

The fishing was mainly for whiting but also a few thornback, dogfish and also two surprise bull huss. One just over 9 lb for Hughie Porter and one just under 9 lb for David Hoyle. Another surprise catch was a 98 cm conger for Neil Porter giving him the prize for the fish worth the most points.

In a match like this it is hard to work out the tactics do you go for a bag of whiting or fish bigger baits in the hope of a dog or thornback.

Almost every one caught fish today

Next match is on Saturday at Beach Road, Fleetwood.

Dave Brown had a hectic session the other night with a fish every cast. Dave had 7-8 doggies, 5 rays, the biggest a lovely fish of 6lb 7oz, one dab and a little whiting. Lovely conditions but still no cod for him. 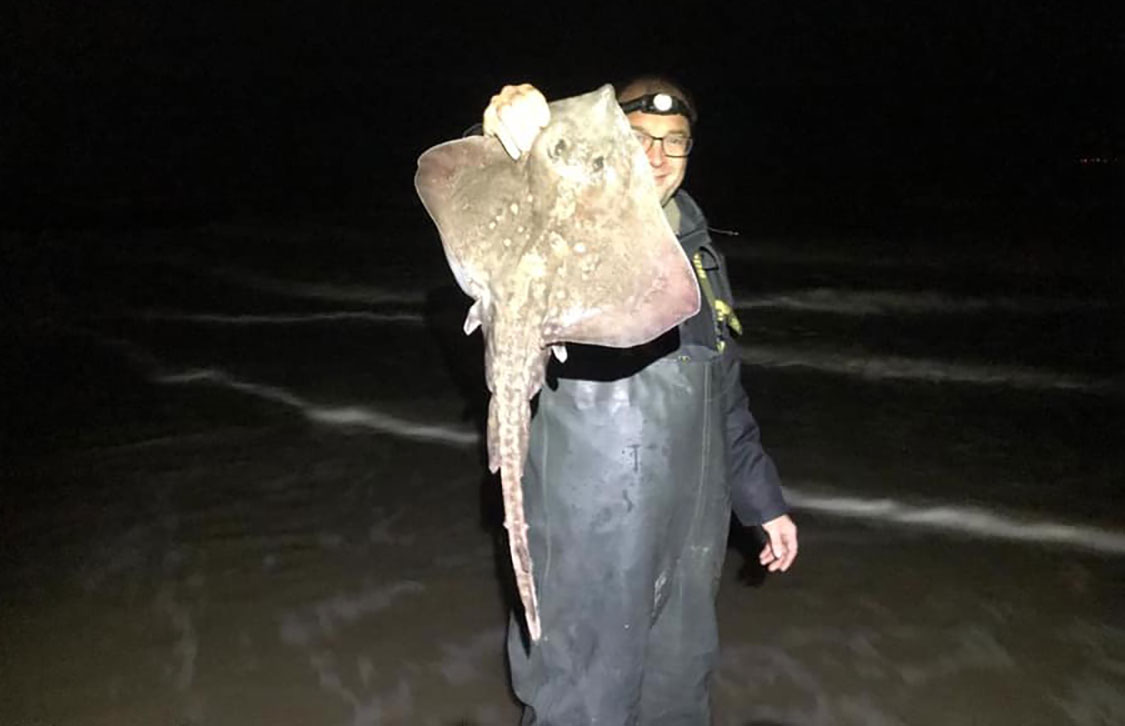 Dave with a ray

The rig Dave used was a simple drop down pennel with worm and squid and thanks to the fella who gave Dave a little advice on taking photos.

Eddie Atkin had a great session where Amy Jayne Hargreaves had her first ever thornback of 6lb 7oz then another straight away of 7lb 3oz. She also had a whiting, plaice and flounder. Colin Torkington had two thornbacks the biggest at 6lb 3oz with a sole, dab and a dog. Eddie had a thornback at 3 lb.

Ian Marshal enjoyed a decent day on the Gynn Wall first up two plaice, then a thorny about 6½lb two dogs and four whiting. This was Ian’s first outing in three months. 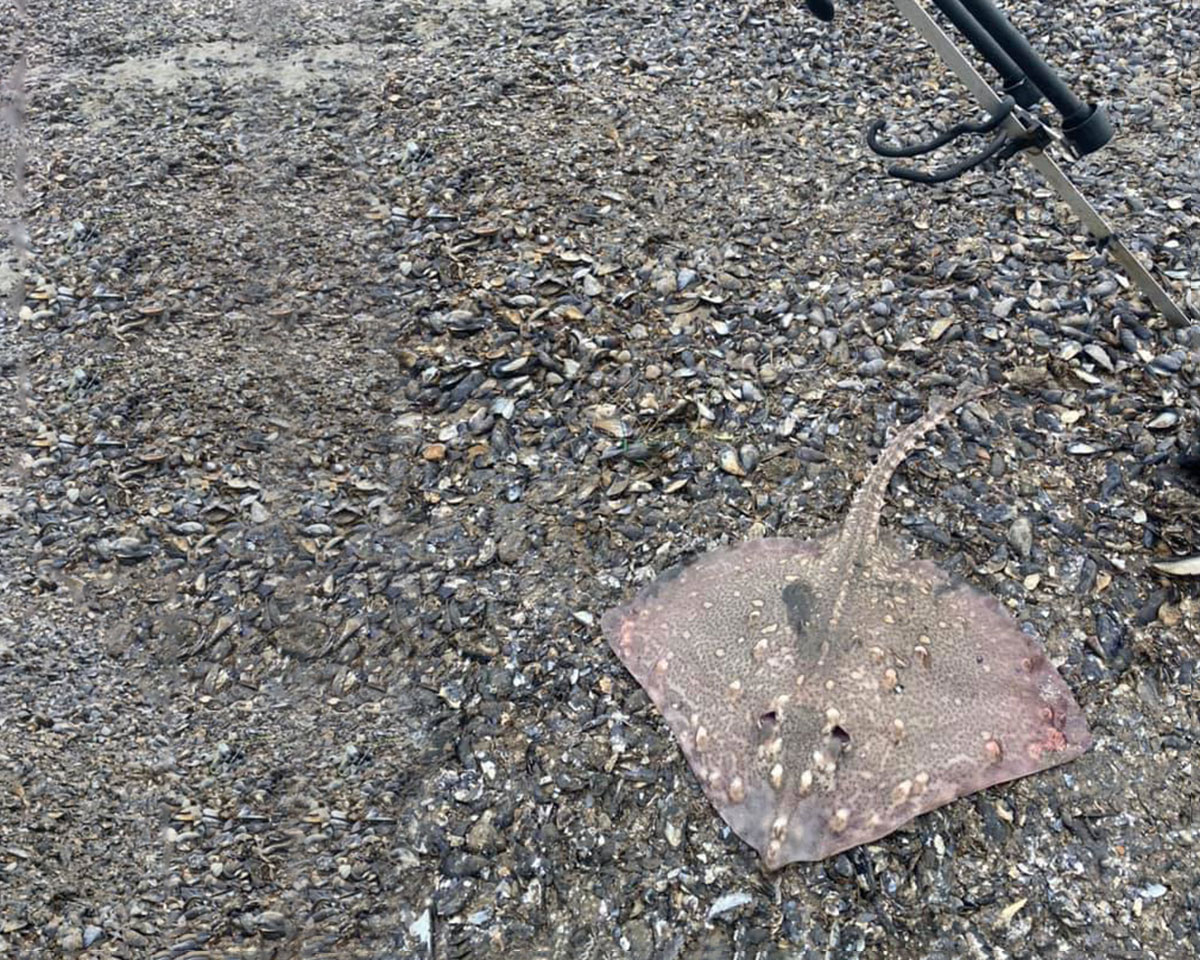 one of Eddie Weitzel’s rays

Eddie Weitizel had a few hours over low water, down at Morecambe. He wanted to test some of his new weights that he had moulded. Plenty of Thornback activity to keep him amused, and he ended up with half a dozen between 4 and 8lb, together with some chunky plaice.