It looks like the summer species are very close with the odd smaller shark species being caught already. We have also seen plenty of reports of bass including Ben James catching one off the Gynn Wall along with other species. The next couple of weeks and the big tides of Easter are not to be missed.

Sixteen members of the Fleetwood and District Angling Club were out at Stanah for their latest match last Sunday. Conditions were rather good, not to muddy underfoot, the weather was bright and sunny with a cold west northwest wind and a very small tide.

Fishing reasonable for early in the season with over 60 flounder caught in total. It was noticeable that the small tide effected the fishing.

Fish were caught at the start of the match when there was some run. As the run eased so did the numbers of fish caught. Over high water very little caught, then in the last fourty five minutes as the tide picked up the fish came on the feed again.

Crab was the top bait, very few fish to worm, and it fished fairly even along the venue.

Congratulations to match winner David Bayliss who had fish all through the match to end up with nine flounders. Only flounder caught in the match.

Biggest flounder was Neil Porter’s 41 cm fish and there were a couple of 40 and 39 cm fish.

Next Sundays match a flatfish and round fish event at the Miners Home. 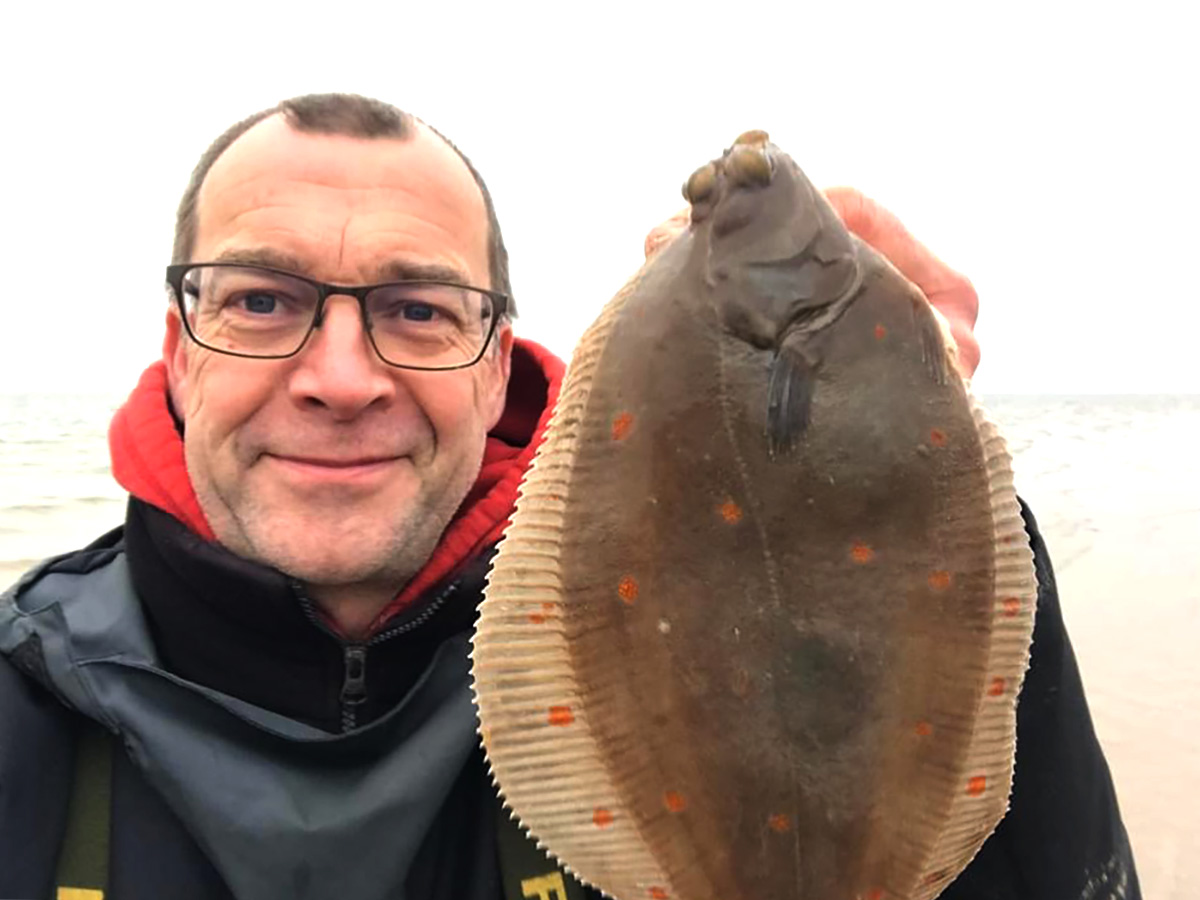 Dave Brown with one of his plaice

1st Norman Pilkington with 6 flounders, 1 plaice and 3 rays one of which was the biggest fish at 50cm, scoring 238 match points.

2nd Michael Darlington with 2 flounders and a plaice scoring 44 points.

3rd equal Nigel Thompson with 2 flounders and a plaice and Peter Pilkington with a flounder and a plaice both scoring 34 points.

Dave Brown fished a couple of hours to high water and on his first cast he beached a tope around the 5lb mark. It was Dave’s first decent fish since last summer and he christened his newly refurbished Penn rod by adding a small smoothhound an hour later. Let’s hope this is a sign of some good summer fishing with some bigger tope at high water as well as smoothhound and rays.

A different Dave Brown (the usual one) fished the early flood the other morning starting in darkness. Dave was targeting plaice and ended with six and a big old flounder last cast.