The Common Smoothhound record was smashed by 8 1/2lbs on Friday night. Lucky captor was Steve Cullen from Hants.

His fish weighed 28lbs 10oz and was returned.

It was landed from the Sandy Point end of Hayling Island. Fish was caught on Zziplex HSM, 7HT Mag loaded with 25lb red tritainium, very long pulley rig, with an 80lb very low diamiter hook length, Teclon gold I think, Hook was a 3’0 Sakuma baited with half a Crab.

Congratulations Steve on the fish of a lifetime. 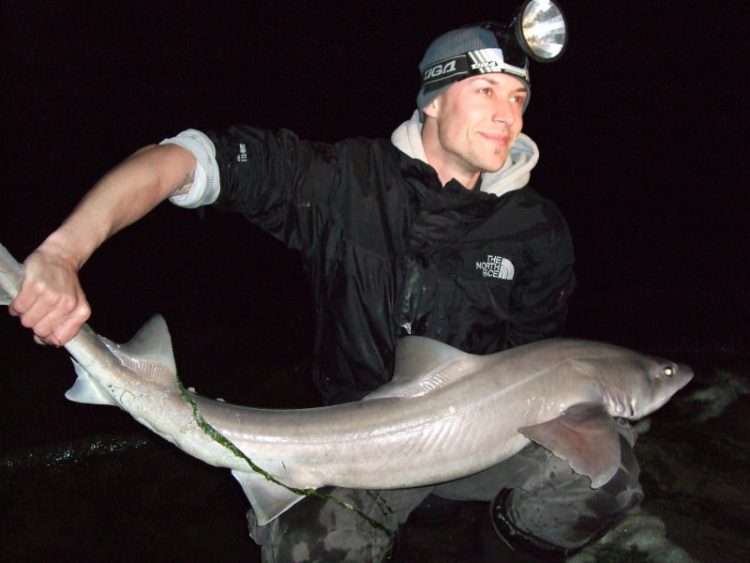