Skarnsundet Fjordsentre hosted Norway’s first ever Open shore fishing festival over five days from the 16th to 20th November. The organiser, Phill Dale, arranged for the competitors to arrive the day before event so that he could take the groups around the marks, explaining to them where the productive areas were and how to fish them.

Unfortunately just as the event was getting underway the Norwegian coast was hit by the worst storm in 20 years with winds of 80 mph and more battering the exposed coastline. Despite this at 09:00 hours Saturday the 16th November, the festival kicked off and all the anglers were out on the shore on sheltered marks. 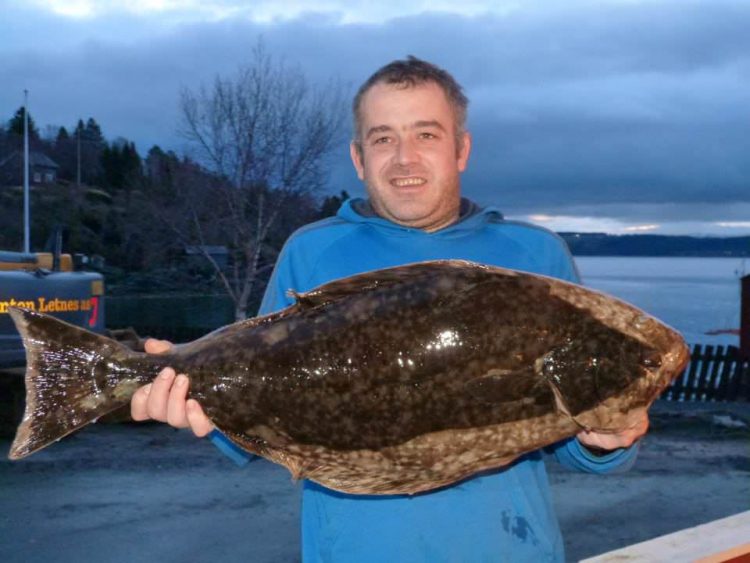 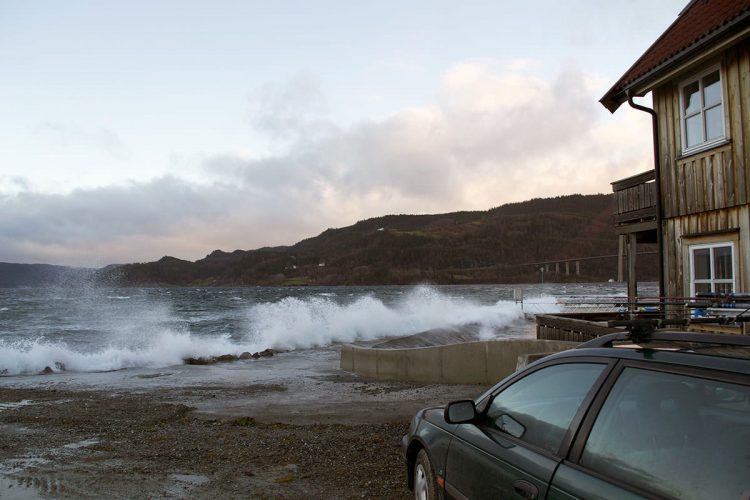 The format allowed for two weigh-ins each day, at 16:00 for the daylight catches and again at 08:00 for those who fished through the night. The first day saw some nice haddock brought to the scales with fish of 4lb 6oz, 4lb 7oz and 5lb beating the 4lb qualifying weight. 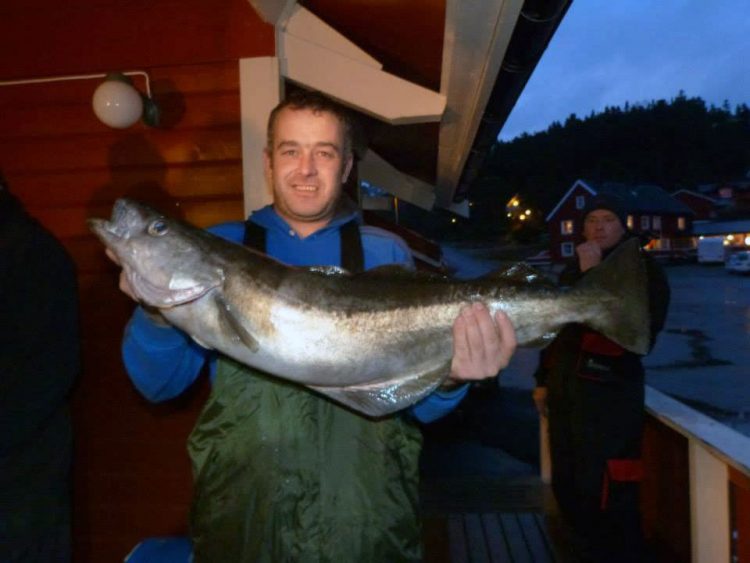 On the second day blackmouth dogfish and ghost sharks dominated the morning scale session but daylight saw cod over ten pounds, more haddock and a superb pollack of 14lb 13oz weighed in by Andy McGee, caught right in front of the fishing lodges here in Skarnsundet. Andy also landed a fine halibut and lost a rod to a much bigger fish. 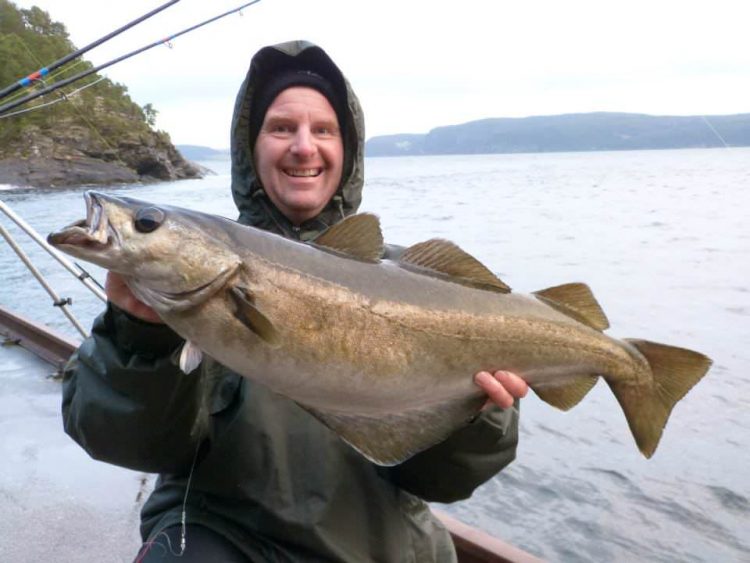 After an adventurous trip to a mark, which involved chopping fallen trees brought down over the road by the gales, lumberjack Mark Harding of Alderney Angling was rewarded with a personal best 14lb.

As the storm backed off the fish came on to feed and more species were brought to the scales including a specimen whiting. The first of the ling also hit the board together with more blackmouths and ghost sharks. 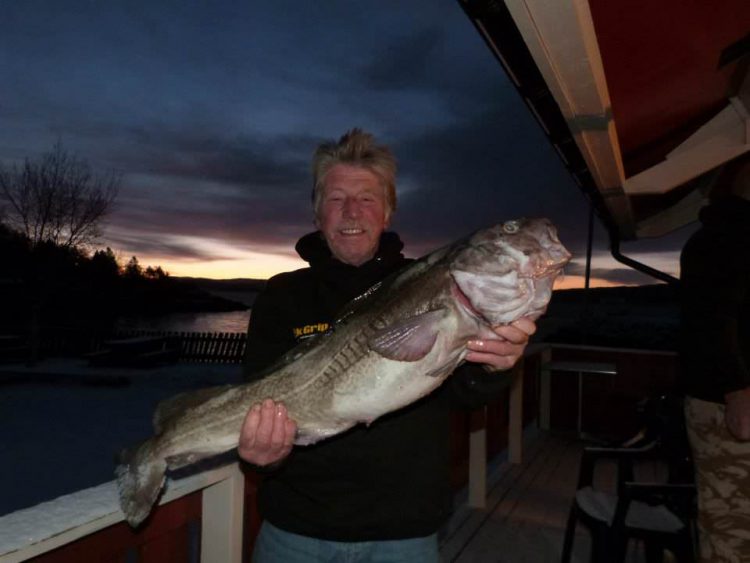 The final day saw two good cod weighed in, the biggest a 15lb fish for Dave Lovelock, together with a cracking haddock of 8lb 5oz. 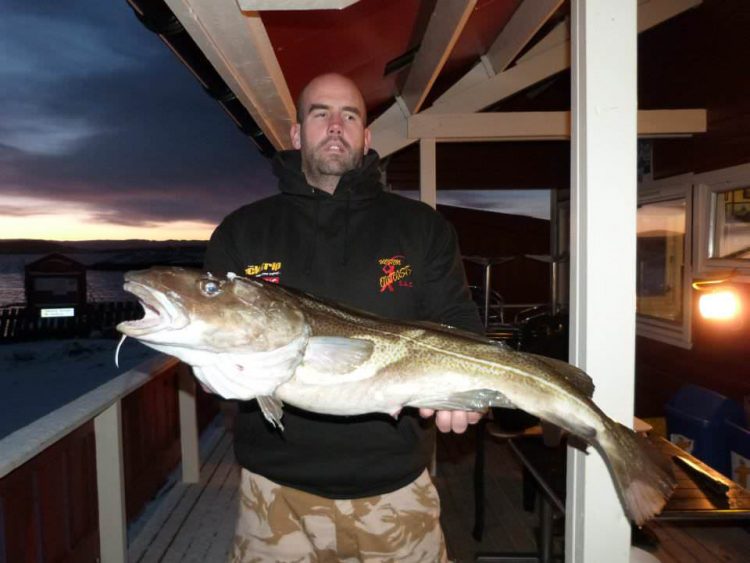 The organisers wish to thank everyone who helped out with the event, the anglers who travelled to the far north and a massive thanks to the Weston Outcasts and Paul Rodgers from Rock Grip for supporting the festival. The competitors enjoyed a great presentation night at the local pub with a buffet, plenty of trophies and a great raffle that raised £500 for a local charity. 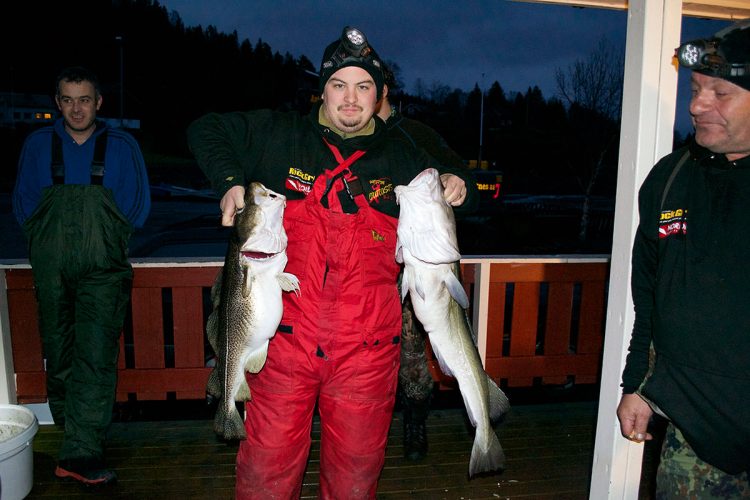 Thanks to Mark for some of the photos.

Daniel and the Raggie Shark