With a decent surf forecast and a bucket of worms pumped, Dave Brown and Jason Usher decided to try for a bass. Jason managed the target first cast while Dave had the first of several plaice. The duo ended with a couple of bass each and quite a few plaice, a good night again. 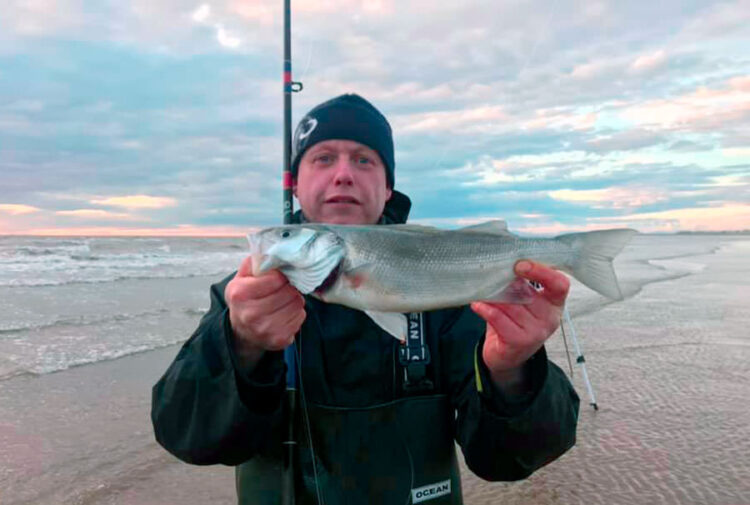 Jason with a bass

Kenneth Forest had another low water session at Five Bar Gate, very similar to the day before. Seven smoothhound and two dogfish, all caught on crab. A few more anglers fishing last night also saw flounder, thornback and a tope pup. Again missed out on the bigger fish, best one just over 6lb.

Fleetwood and District Angling Club fished their latest match at Lytham starting at low water and fishing the flood. It was good weather to be out, not much wind and warmed up a bit. 17 anglers fished, two blanked.

Fish caught were almost exclusively flounder apart from a couple of eels. Crab was the top bait as would be expected at this time of year. The fishing was OK but we have had much better.

It can be quite a peggy venue some anglers got of to a great start, then the fishing died on them. Further up the beach anglers who got nothing early on, were catching up fast in the last hour.

Congratulations to all the winners. The next match is on Saturday fishing from 7 pm till 10pm on the Gynn Wall at the Miners Home.

A big tope for Dean Turner from his own boat