Not a great week on the fishing front, we anglers can be a fickle lot! With thoughts of big fish on the larger tides this week, to be honest they did not materialise. Last week saw some big stingrays from St Osyth beach with Dominic Dyas and Juan Pablo Castillino catching giant rays in excess of 40lbs. This week has been quiet although there were plenty of anglers on this famous beach with just the odd thornback ray and school bass showing.

Those that have targeted the bass have faired better with some decent sized fish being caught. Local angler Jon Hall fished around the rocky breakwaters. With a light spinning set up and fishing early morning tides he had great sport with some very large bass falling to his lures. Any of the Clacton, Holland beaches will hold bass around the breakwater and it is worth trying a spinning rod and lure and just walking along the beaches. 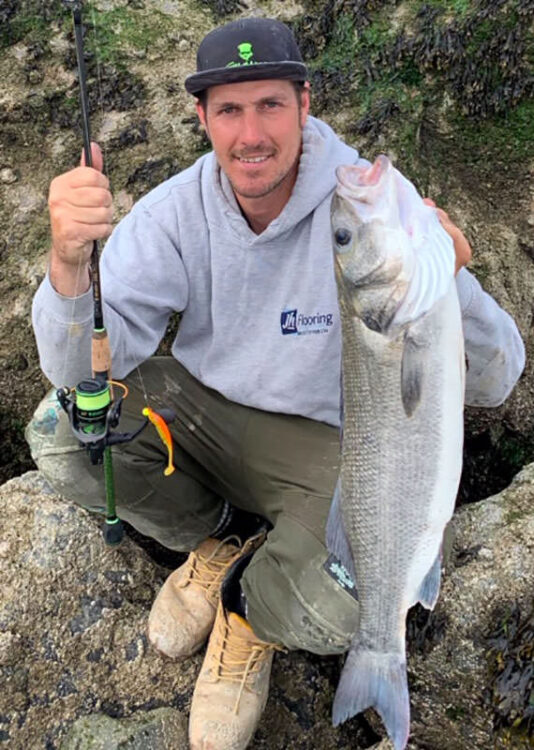 Jon Hall seems to have a knack of catching bass on lures from the local beaches, this one is his biggest from his last trip.

The Clacton beaches have reported small rays and school bass, Daniel Rotchell on an evening tide caught four thornback ray, eels and a solitary bass. All his fish were on the small side, but at least the fish were feeding.

The weed that I have been reporting about all along our coastline seems to be disappearing, which is making for easier fishing especially on the ebb tides. It maybe that the strong westerly winds have pushed it further out to sea.

My trip this week was down to the Frinton beaches to fish a night ebb tide. The wind was once again strong, and the fishing was difficult but I did end the night with a couple of thornback ray to 7lbs and some small bass. All my fish fell to peeler crab baits.

The Holland on Sea beaches have been quiet with the odd thornback ray and school bass being reported. The Summer sole are just starting to move closer to the shore and John Morrisey fished an evening tide here and caught a fine 1lb 8oz sole. If you fancy a session on the sole fish into darkness, use small hooks and ragworm baits, no need to cast more than 50 yards as the sole will be feeding close to the shoreline. 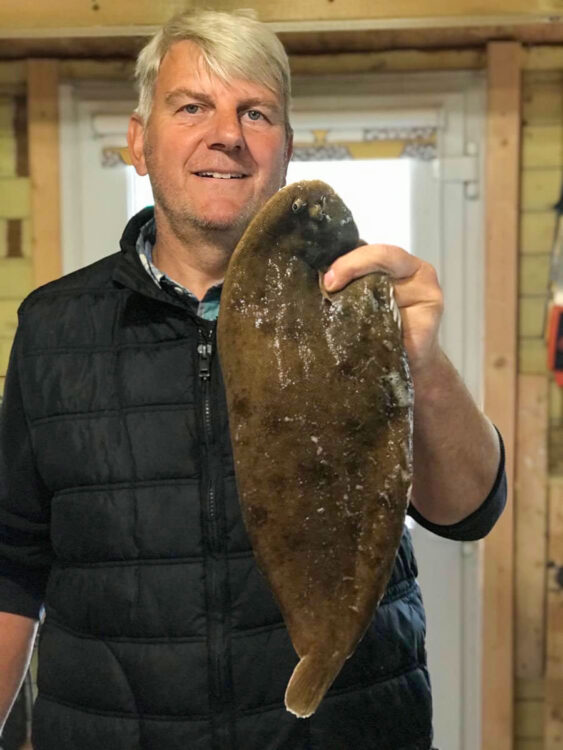 The Walton beaches have also followed the trend with school bass, eels and the odd sole now showing.

The boats this week have seen plenty of hard fighting smooth hounds being caught. Neil Marples’ boat out of Walton has landed 22 smooth hounds to 10lbs with a few thornback rays and bass thrown in. He also caught an unusual catch in the form of a spotted ray, although one or two have been reported to me this year.

The unusual report of the week was of a whale that had been washed up at the weekend on the Holland on Sea beaches. I managed to get down there and speak to an official who told me it was a Fin Whale of 40 ft in length which apparently was only half grown. It had a cut on its back from what was thought to be from a propeller from a commercial boat and a broken rib that had punctured a lung. 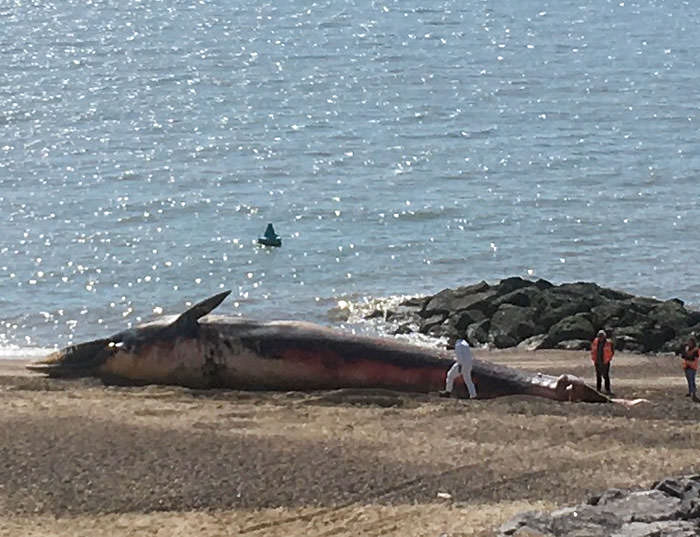