Thanks to all the members who supported the match, well done guys.

Last minute dot com was the order of the day for Allan Cordwell with a short notice invite from Paul Fulcher to plug gaps on an eight hour session aboard the Kingfisher as a result of a party cancellation.

Allan had originally planned to commence preparations for fishing in the Torbay festival at Brixham next weekend but couldn’t resist the chance of getting onto the water with his boy Mathew. 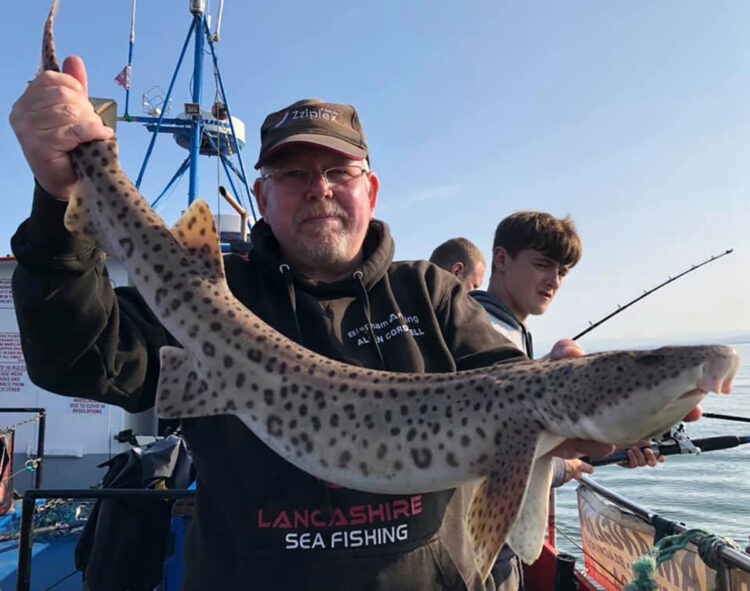 Allan with a huss

Unfortunately it was a silly o’clock start but keeping our gear in readiness for such situations, along with a good reserve supply of frozen bait facilitated a stress free and timely arrival at the Esplanade the following morning to board the Kingfisher with Paul, Dave and Lee Ferguson along with a number of other anglers.

The crew sailed under an amazing sunrise in relatively warm conditions and, for a short while, they were accompanied by the awesome sight of a pair of dolphins less than ten feet from the starboard side of the boat enroute to our first mark.

The boat was soon anchored in calm conditions and it wasn’t long before Mathew landed the first of many tope. The sport was steady with a mixture of tope, bullhuss and the ever present dogfish. After low water they moved further out and the water clarity was better with the water temperature noticeably cooler. 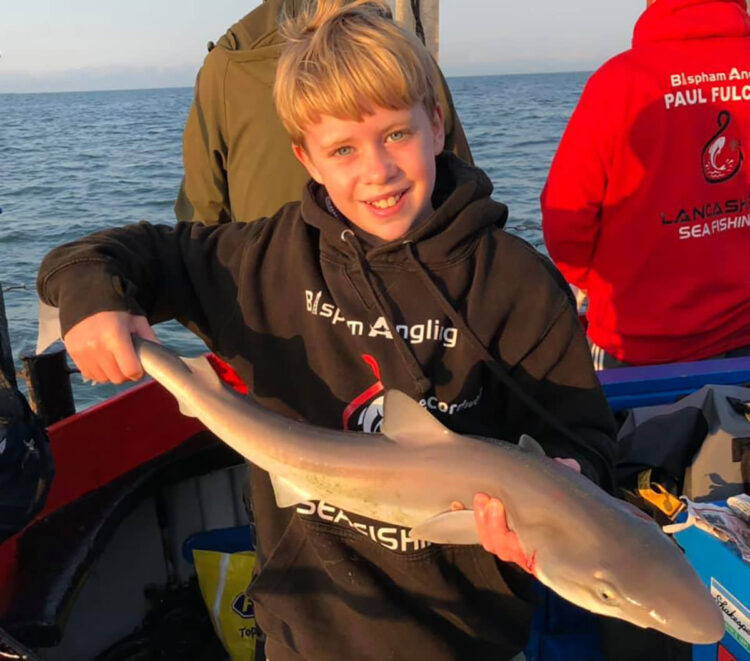 Mathew Cordwell with the only hound

The same mix of fish continued with the appearance of mackerel which provided fresh bait. Unfortunately, it’s clear that the larger female tope are long gone, replaced by smaller males and pups who were hitting the baits irrespective of bait size, if they could get to it before the dogfish and huss. Strangely, no whiting or flatties and a only a single smoothhound appeared despite a mix of baits being presented. We found the most productive baits for the day to be sandeel and full squid.

We fished on in glorious sunshine accompanied by the usual banter with the time passing all too quickly. A nice unexpected session in great weather, and good to catch up with John Worthington , Paul, Dave and Lee.