The European Union Commission’s proposal for fishing opportunities in 2015 includes, for the first time, a measure specifically aimed at recreational fishers – a bag limit of only one bass, per day. The limit will apply to anglers and other recreational fishers such as those using nets and pots and to spearfishing.

The European Anglers Alliance (EAA), the European Fishing Tackle Trade Association (EFTTA) and the International Forum For Sustainable Underwater Activities (IFSUA) suspect this proposed bag limit could be beyond the competence of the Commission. It is unacceptable to recreational angling, spearfishing and the businesses which these activities support for a number of reasons.

EAA, EFTTA and IFSUA will be lobbying the European Commission and Member States for this misguided proposal not to be adopted at the Fisheries Council meeting in Brussels on 15-16 December.

Some reasons why the proposed bag limit should not be adopted

(b) The legal text is unclear concerning its scope and remit. Art. 2 (the scope) gives the impression

that this is about ‘recreational fishing vessels’ only (such vessels are not well defined). However, we

have been informed that the recreational fishing bag limit in Art. 12 extends to more than people

fishing from ‘recreational fishing vessels’. To our surprise, it is intended to include ALL recreational

(c) The recreational fishing bag limit concerns ‘only’ the ICES areas IVbc, VIIa, VIId-h, which means that not all bass fishing areas of France, Ireland and Scotland are within the remit. This isrelevant for data collection, monitoring and control.

(d) There is considerable uncertainty as to whether the EU has the legal competence to legislate for a recreational fishing bag limit such as proposed. Former Commissioner Damanaki has said in public more than once, that recreational fishing is a Member State competence. As an example this can be read on Ms Damanaki’s blog (on 1st August 2013):

“..recreational fisheries activities are not covered by the EU’s exclusive competence with regard to the conservation of fish stocks. Therefore, the rules governing recreational fishing are decided by the Member states themselves.”

If this is a fact, then the EU should only decide on the extent, where and how commercial bass fishing mortality should be reduced and leave it to the Member States individually to reduce recreational fishing mortality on bass on an equitable basis. This would better comply with the

To legislate for a recreational fishing bag limit at EU level we believe another legislative tool should be used, which gives the European Parliament the power of co-decision in order to comply with the intention of the ‘subsidiarity principle’ – one which means, “that decisions are taken as closely as possible to the citizen”. 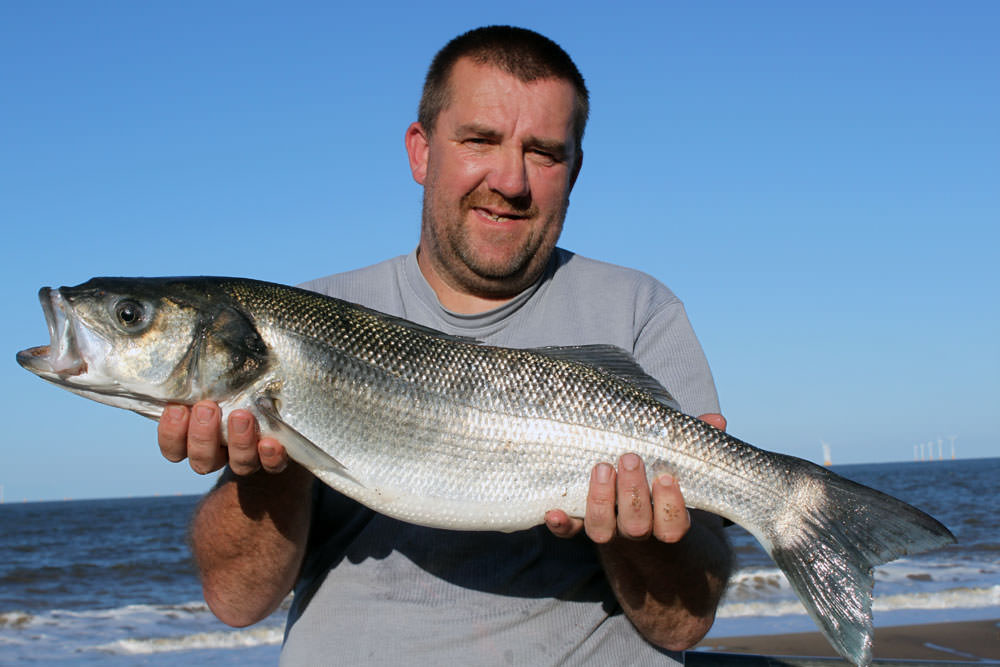 The draft annex3 to the Regulation illustrates which areas are to be addressed and in which vessel/gear metiers mortality reduction is expected. However, the Commission’s proposals provide no details on catch limits in these fisheries. We anticipate that these omissions will be discussed at the Fisheries Council meeting on the 15-16 December, if not before. We firmly believe that this draft annex, if adopted, will deliver very little, if any, reduction in bass mortality from commercial fishing.

It is clear that the proposal on commercial fishing is limited to too few vessels and to too small an area. For example, it is suggested that commercial bass fishing should be only addressed in area VIIe – only one of eight ICES areas identified by ICES and the STECF.

EAA and our partners welcome the fact that the Commission has focused on area VIIe as this area has important bass spawning grounds which are trawled commercially during the spawning period.

However, EAA has advocated that off shore fisheries targeting spawning bass should be restricted not only in area VIIe but in the neighbouring area VIIh as well. A total closure would be preferable, but at the very least, trawling directed at bass should be banned in these areas.

Consideration should also be given for the fact that there are bass in the area VIIe+h all year round, not just during the spawning period. So the Commission’s proposal might slightly reduce (depending on what the Council agree) the targeting of spawning bass by trawlers during the spawning period in the area VIIe but fishing will continue unaffected in this area during all other months of the year. Effort is likely to be increased during the open months.

Given the Council’s past track record, it is feasible that the omissions in the Commission’s proposed annex could be treated in such a way that results in no substantial reduction in bass mortality at all. Even if the Council is ambitious the area VIIe and the vessels addressed are too limited to secure a notable reduction in bass fishing mortality. All other areas are still open (area VIIe is also open most of the year) which would ensure that the majority of commercial bass fishing will continue unchecked as it currently does.

A consequence of this is that the EAA and EFTTA foresee an increase in commercial landings of bass next year due to new regulations taking effect (the landing obligation, which makes it an obligation to land and count against quota fish previously discarded at sea. Smaller quotas are suggested for next year for a range of species. Earlier exhaustion of quotas next year must be anticipated. This will make it attractive or ‘necessary’ for the commercial sector, the small scale sector in particular, to fish more intensively for bass. 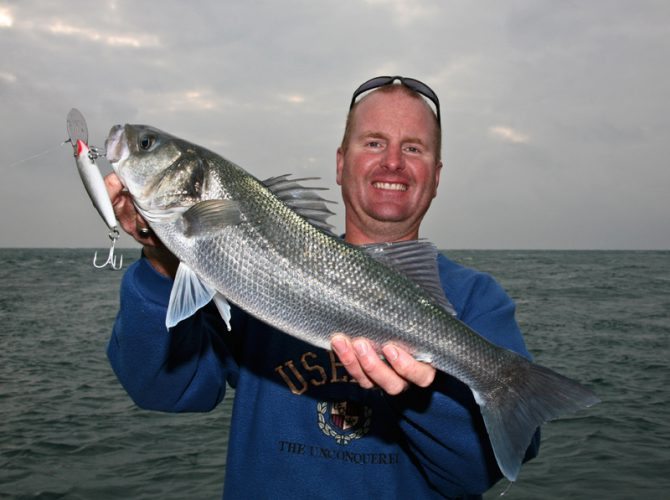 What should happen now?

The Commission and Council should not adopt a recreational bag limit!

Whilst we agree that there is a need to adopt suitable emergency measures now in order to reduce fishing mortality in line with the June 2014 ICES advice, a bag limit should not be one of them. This is an ill- conceived, badly thought out and disproportionate proposal, with little or no data to support what it would do to deliver a reduction in recreational bass mortality.

The present proposal to be adopted by the Council next month is outside the remit for the European Parliament. Next year a long-term management plan should be developed. This work will involve the European Parliament, as the ordinary legislative procedure applies to long-term fisheries management plans. Apart from banning fishing in the spawning areas during the spawning time, an increase of the minimum landing size and adjustment of the gear to that size (see further below) other measures can wait to be included in the long-term management plan.

We trust the Parliament will take a fairer and more balanced approach than the one in the Commission’s proposed Regulation. Additionally, more of the data needed to work out an appropriate and fair bass management plan will be available next year.

Mixed Fisheries are the single biggest source of fishing mortality; 41 per cent of bass stock removals come from the mixed demersal fisheries.

It is with great surprise that the Commission’s proposal leaves these mixed fisheries untouched. There should be an immediate review of available technical measures and a cap on bass caught in mixed fisheries.

We have suggested that an increase in the bass minimum landing size (MLS)* would be a fair and effective way to secure that all catching sectors and segments, recreational and commercial alike, contribute to the reduction of bass fishing mortality. The present proposal is grossly unfair to recreational fishing, and, as we have argued above, likely will deliver little with no evidence on what it will contribute to the reduction in bass mortality.

* Note: In the following text we make use of the new term “Minimum Conservation Reference Sizes (MCRF)

The Minimum Conservation Reference Size (MCRF) should be increased now from the present 36cm – where no bass spawn – to 42cm to allow some bass to spawn at least once. An increase to 42cm would allow about 50% of the female bass to spawn and thereby improve recruitment – a key contributor to stock recovery.

We insist that an increased MCRF for bass must also apply to all fishing sectors, commercial and recreational. Such a change would require some modifications to gear and/or fishing practices, but these will be required whatever the Commission’s proposals are for the commercial catching sector.

More selective gear and fishing practices will be needed to fulfil obligations from other EU policies and legislation like the landings obligation, Maximum Sustainable Yield (MSY) objectives, the Marine

There is an enormous amount at stake by the Commission proposing unfair and disproportionate restrictions on recreational fishing. This is clearly an issue which the Commission has little or no expert knowledge of, principally due to the lack of prominent and fair inclusion of recreational fishing in the Common Fisheries Policy (CFP). Millions of anglers spend billions of Euros supportinghundreds of thousands of jobs around Europe in pursuit of the European bass, and other species, whilst having a considerably lower impact on stocks than the significantly less economically valuable commercial catching sector.

The case for managing bass as a recreational asset is overwhelming however the Commission seems unable or unwilling to manage the resource for purposes other than commercial exploitation.

Socio-economic impacts of various management options for bass are still to be investigated and the Commission is asking member states to provide data to understand this better. Questions therefore have to be asked as to why this proposal has been put forward before the relevant data has been evaluated and those socio-economic impacts better understood.