Norway sea angling guide Phill Dale presents the first of his regular reports from Norway as the shore season kicks off. 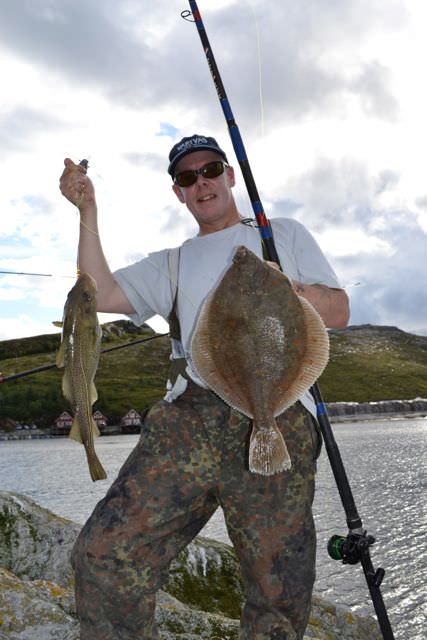 The start of the shore fishing at Skarnsundet and Bessaker is always an exciting time and after having a full summer boat fishing for pleasure I look forward to getting back to guiding my shore guests. Over the next 6 months I’m going to be posting regular reports and photographs depicting the progress of our shore fishing season.

To mark the start of the season a little earlier than usual Steve Ace, from Veals Tackle in England, visited with three friends with the intention of hitting the shore marks and to fit in a couple of sessions from the boat during the trip.

Among the target species for the week were to be plaice which after a very productive Spring tend to move around more in the summer so it would be interesting to see where they were. We also decided to have a day in Bessaker with the aim of landing a halibut from the shore.

Steve was the first off the mark with a nice boat caught boat caught 20 pound plus ling from just under the bridge in front of the apartments. The guys also had plenty of tusk or lumbe, as they are known locally, into double figures from the same mark.

An early morning session for Paul paid off handsomely with the other lads still in their beds he headed for the end of the pier just 50m from the digs bed and landed a cracking 13 pound pollack on light spinning tackle. 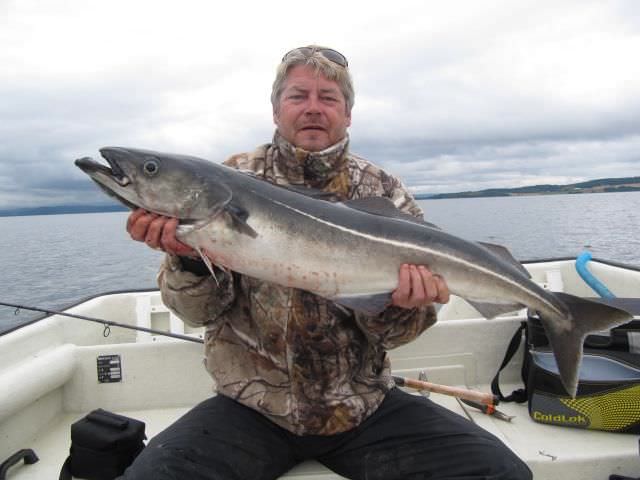 Paul Channing got in on the action both from the boat and the shore by taking the biggest cod of the week from the shore which weighed in at 16 pounds, although the body size suggested that this would be well over twenty when in top condition.

Paul also landed a couple of double figure coalfish from the boat on a light spinning rod. The one pictured was over 15 pounds. 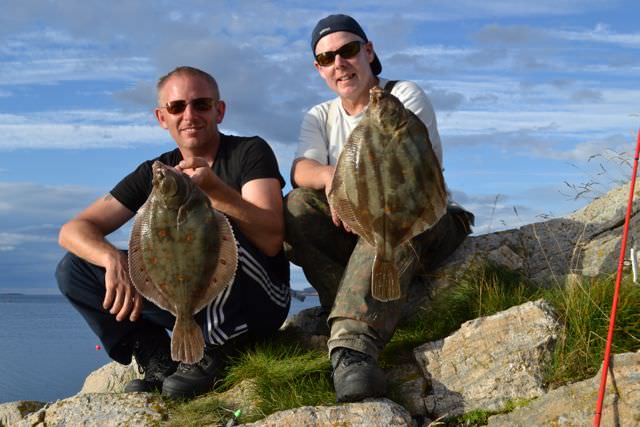 A trip over to Bessaker paid off well with a cope of good sized plaice for Steve and Shaun with the best just 4 pounds in weight. No signs of the halibut but the lads had a great time with double shots almost every cast. A wolfish, catfish, featured among the dabs, cod and coalies.

For more information on how to book a trip check out the Nordic Sport Fishing website.

Bass and Mullet Underwater in the Netherlands