Cod are starting to move inshore in small numbers around the Teesbay area. Odd fish from Hartlepool promenade and nearby low water marks given movement on the sea.  Best sport has been between the Wear and Tyne, and from the lower Tyne estuary where reasonable numbers of smaller fish are present. North of the Tyne, Gary Kislingbury, Craig Fuller, and John Douglas fished Lynemouth Beach taking 9 cod to 5 – 08lb.  The local piers have produced mainly small dabs and whiting in daylight, but there are still some quality plaice to 3lb falling to ragworm ragworm, with an odd better bass to 4lb reported also. Whiting moving inshore after dark with the Durham beaches and Roker Pier giving best results. There are quality flounders in the Wear where Paul Hossack won the Eastenders match with one of 1 – 13lb from the Timber Beach.  Unusually there seems to be a lot of weaver fish around. If you are unfamiliar with weavers then be very careful as poisonous spines on their dorsal fin as well as the gill covers mean they should not be handled. 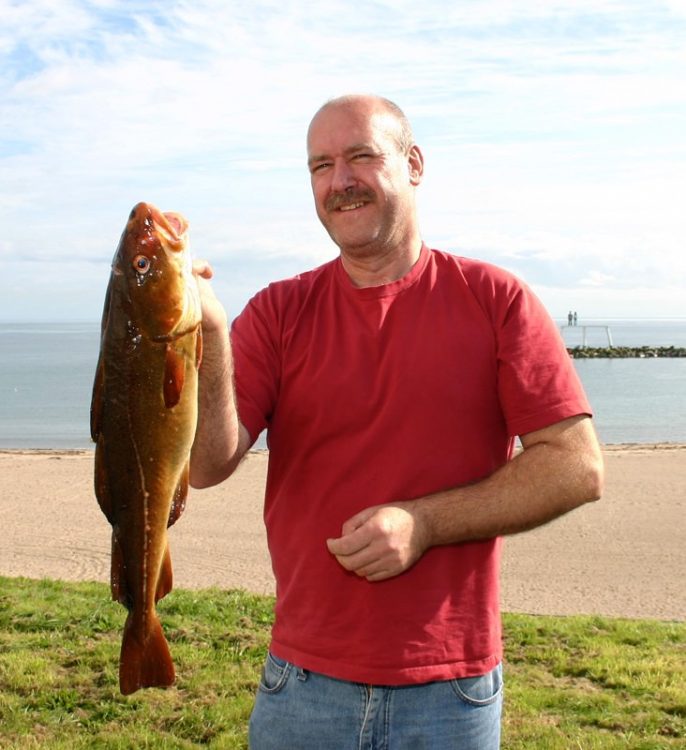 The Tynemouth Winter League match on Saturday was fished in dead calm conditions with only 5 out of 12 weighing in. Steve Ellliott had a pollack and a pouting for 2 – 05lb;  Doug Spivey had 2 pouting and 1 whiting for 1 – 15l;  Kenny Patterson had 1 cod and 1 pouting for 1 – 09lb.

Last Tuesdays Ryhope sweepstake saw 34 fishing with Seaham Hall beach producing several cod on the night. Gary Warwick fished Ryhope for a cod of 1120 grammes; Chris Hossack fished Hall Beach for a cod of 1020 grammes; Kevin Waters also fished here for one of 820 grammes, as did Arthur Mordicai for a cod of 665 grammes.

The Ryhope Open on Sunday saw most fish coming from the lower Wear with only 65 out of 265 weighing in 10 whiting, 3 wrasse, 3 coalfish, 2 cod, and lots of flounders.  First prize for the h.s.f. went to Carl Foote with a cod of 1530 grammes taken from Marsden; Gary Walker had a wrasse of 1200 grammes from Whitburn; Keith Robinson had a wrasse of 1100 grammes also from Whitburn. Top lady was Hartlepool’s Jackie Feeney with a flounder of 550 grammes, and junior winner was Adam Harriman with a flounder of 530 grammes.  Jim Dobie had the h.s. flatfish with a specimen flounder of 935 grammes, and he also won the superpool and heaviest bag with 4 flounders and 1 eel for 3215 grammes. Joe Wilton and Ken Hailey won the team event with 9 fish for 3525 grammes, and Jim Dobie and Paul Short were second with 5 fish for 3215 grammes.

Boats: Settled conditions have allowed boats to fish well offshore where fresh mackerel baits have taken some quality ling. Jimmy Cassidy had ling of 25lb and 19lb; Ian Houghton had one of 22lb, while Reg Lewis had a cod of 11lb and a Pollack of 8lb all on the Sarah JFK out of the Tyne. Sean Bell fishing on the Warlord out of Amble had a ling of 24lb, and Walter Turnbull fishing on the Charlotte off St. Abbs had pollack to 8 – 08lb on light tackle.