With plenty of movement on the sea again the winter cod sport continues to improve with quality fish present all along the north east shoreline. Whiting continue to be in short supply with few reported in any numbers, which gives any cod the chance of finding any bait first. Cod numbers seem to be increasing all the time and few anglers, possibly with the exception of match anglers, will miss the hordes of whiting that have been evident over recent years. Double figure cod continue to be reported, with the best of 14lb taken by Chris Davidson at Bog Hall Rocks.

Most of the bigger fish will be north of the Tyne but they are slowly heading south, cod to 9lb or more have been taken from the rock edges around Marsden and Whitburn and from the Durham beach marks on night time sessions. There are still a lot of undersize fish showing in the south of the region and from the local rivers, particularly the Tyne where bags of up to 20 of these smaller fish have been reported, though as always there is the chance of a bigger specimen amongst them. 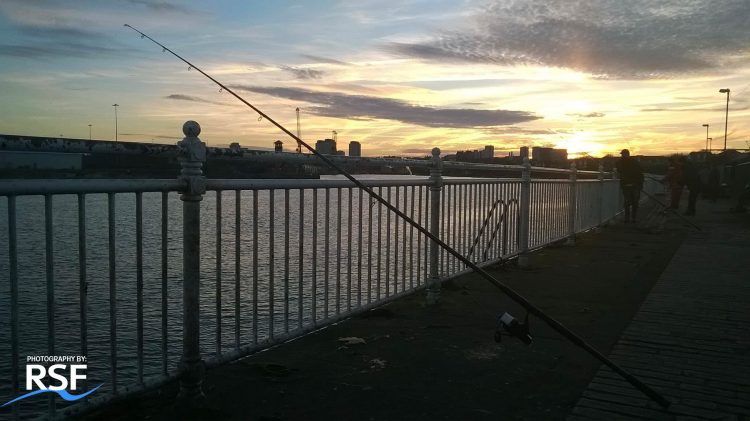 Double figure bags have been taken in reasonable numbers by those anglers lucky enough to be in the right place at the right time. Jim Dawson and Brian Penny took 14 cod for 40lb from Cresswell Carrs, Keith Ryder had eight cod up to 8lb 12oz from Foxton, during a later session at Cambois he landed six totalling 25lb, and yet another session at Beadnell produced cod up to 10lb 2oz. Paul Foster won a Tynemouth match with seven cod for 12lb 2oz.

South of the Tyne Darren Donnelly took six cod for a total of 20lb, the best weighing 7lb from the Broken Arm. Richy Carr had five weighing 15lb from the Wherry, and Joe Gibson had several fish up to 7lb 2oz from Hendon. Alan Robinson fished Ryhope and landed a 21lb bag of fish, including one of 7lb 2oz, and another session produced cod up to 7lb 10oz. B. Ridley won a Cleadon match at Marsden with two totalling 7lb 8oz, the best 5lb 15oz.

Whitburn produced the top three heaviest fish in the last Ryhope Tuesday Evening Sweepstake where Paul Hossack took first and third places with cod of 5lb 3oz and 4lb 6oz, and Dave Turnbull took second spot with one of 4lb 12oz. Roker beach has seen specimens up to 8lb landed when conditions are right and Seaham Hall beach has also been productive. The last Seaham Badger Open saw 17 out of the 22 entrants weigh in 54 cod for 125lb. First prize for the heaviest fish went to Matt Swan with a cod of 5.63lb taken from the Blocks, Gary Pye had one of 5.35lb from Hawthorne, and Neil Smith had one of 4.91lb from the Spiles. Gary Pye also had the heaviest bag with a nice catch of seven cod for 23.89lb

While many fish have been taken on crab or worm baits, the processed cart bait is becoming increasingly popular and effective. The Arbroath area in south east Scotland is a popular destination for visiting anglers at this time of year, seeking the many double figure cod that inhabit the very rough ground marks here. Richy Carr and Mick Newton had a recent trip here and landed 45 cod to 7lb all taken on cart bait. So, if you have not seen the potential future of winter cod angling yet, you have now.

The Sapphire out of Sunderland is back in the water for uptiding trips, a technique that has been extremely successful over recent winters fishing just off the rock edges. A recent trip produced a lot of mainly smaller fish around the 2lb to 3lb mark, but double figure monsters should become evident as the season progresses.

A last reminder that the Seaham Town Council Open is on Sunday December 7th with fishing from 12 noon until 5pm between Hendon Groyne to the North (excluded), to Saddleback Rock at Hawthorne Hive, both the North and South piers will be pegged weather permitting. The top three prizes are £500, £350 and £250. Basic entry is £10 plus optional pools and team events. Register from 10am at Seaham clubhouse. Telephone 0191 5810321 for details.