With the easterly and northerly winds over the last few days putting a moderate swell on the sea, some anglers have managed to pick up a few sizeable cod from the beach and pier marks. Most have averaged around the 2lb to 3lb mark with the odd bigger one reported though most tides have been quiet. Those anglers with fresh or frozen crab have been the ones to pick up the cod with worm baits taking whiting, flatties and other smaller species. Some of the whiting have been of specimen size. Dean Appleby had a monster whiting of 3lb 2oz taken from the Blast Beach during a recent session, he described it as “having a belly like a 2 litre lemonade bottle”. 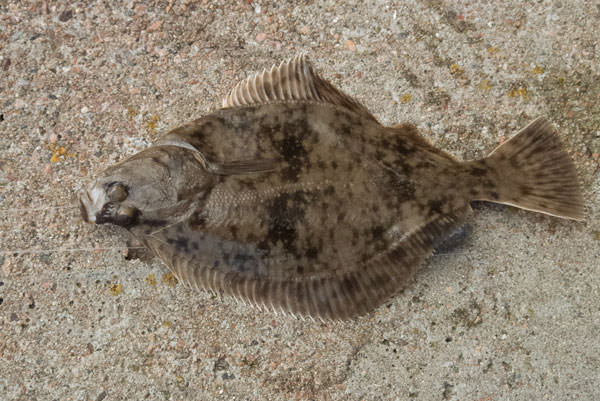 Roker pier and South Shields piers both continue to produce the odd early plaice, best reported was one of 1¾lb taken by Rob Bowmaker from Roker.

Seaham A.C. fished for the Wilkinson Cup last week which only produced seven fish for 4.52lb in very windy conditions for the 57 anglers who turned out. Dave Borwell won with a single cod of 2lb taken from the North Pier, Jim Dobie had one of 0.57lb also from the pier, and Bill Headley had one fish for 0.26lb.

The Seaham Good Friday Open fished in a nice northerly swell saw 10 out of 34 weigh in 12 cod and one whiting for 23.56lb. First place for the heaviest fish went to Mick Davison with a cod of 2.59lb taken from the Targets. Lee Burton had a cod of 2.49lb from the Manholes, and John Charlton had one of 2.18lb from Hall Beach. Mick Davison also had the heaviest bag with two cod for 4.58lb.

The Ryhope Tuesday Evening Sweepstake saw Lee Burton win with a cod of 2lb 5oz taken from the Targets. Mick Davison had a dogfish of 2lb 2oz from Seaham North Pier, and the pier also produced a cod of 1lb 10oz for John Lovett to take third place. An Easington S.W.C. match saw slightly better results when Andrew Parkin won with six flounders and a single coalie totalling 6lb 1oz.

East End A.C. had a match in the Tyne which produced a few in size flounders among lots of undersize specimens. Dave Delaney won with two flounders for a total of 1lb 7oz ahead of Les Henzell whose two weighed 1lb 1oz. The South Shields monthly sweepstake saw similar results with the ever reliable flounder being the only size species to be weighed in. P. Coates won with two for 1lb 9oz followed by S. Dorothy with one of 11oz.

Flounders are starting to show in increasing numbers from the various marks along the Cumbrian Solway shoreline. Port Carlisle is a favoured venue which is producing bags of up to a dozen bigger specimens with some topping the 2lb mark. Bedlington Station A.C had a match at Port Carlisle which produced plenty of flounders in ideal conditions. Marty Pygall won with 23 weighing 16¾lb, Callan Stevens had 13 totalling 13lb 15oz and Bill Jacobs had the best, a monster of 2lb 6oz.

Boat anglers have been getting amongst the cod and ling when conditions allow. The North Star out of Hartlepool had a productive recent trip with every drift producing at least a few cod for the two anglers fishing who kept 22 size cod to 9 – 10lb, returning the smaller ones. The trip also produced a ling of 12lb amongst a few smaller specimens.

Saturday April 26th is the Little Derek Flounder Fanatic Open fished in the Wear at Claxheugh. Register at the venue from 9.30am. This is a pegged match limited to two hooks, no white worm allowed, longest fish wins. Basic entry is £10. Numbers may be limited contact Anthony Constable 07827338934