With continuing movement on the sea without being overly rough, shore sport continues to improve. However, with lots of bait washed out during the heavy seas giving any fish an easy food source, cod catches have been a little disappointing with whiting dominating most fishing. Small shy bites from any cod are a good indicator as to there being lots of feed in the water, and of course those cod that have been landed have been full of lugworm, shrimps, and crabs. From some clean ground marks such as Middleton pier and South Shields pier the cod have been full of small dabs.

If you can avoid the whiting, the low water and rough ground marks have seen the best results for any cod with specimens to 7lb showing from all areas.

The North Gare and Staincliffe marks at Hartlepool have both seen cod landed, a few fish have been taken from Parton beach and Crimdon, the Durham beaches have seen similar results, Hendon Wall has been productive as have Roker pier and the rock edges up to the Tyne when conditions allow with anglers taking bags of up to 10 cod to 8lb. Cod to 7lb and big whiting to 2lb have shown from the lower Wear and Roker but whiting dominate the cod on most tides. Those anglers fishing Rathouse Corner and Roker small beach have taken bags of up to 25 quality whiting. The Walkway in the Tyne has been a popular venue for cod up to 7lb as has Haven Rocks for some better quality fish, and as always South Shields pier produces at least a few fish on most tides with the first gate producing cod to 7lb again when the sea was on the heavy side. 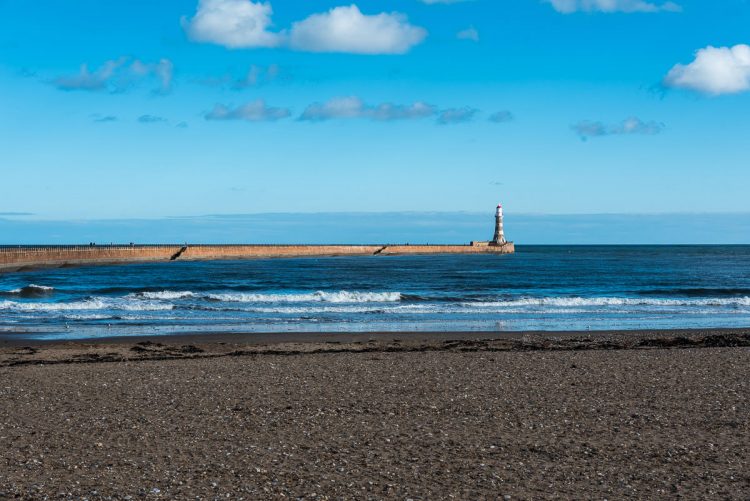 January to March is a good time for big spawning cod, sometimes a lot of big fish move into the Region’s rivers and local Sunderland angler “Roker” Ronnie fishing the Glass Centre in the Wear landed a superb specimen river cod of 10lb 6oz on Sunday afternoon. Ash Orwin boat fishing just a few hundred yards off Hendon using the uptiding method and a big squid bait landed a cod of 18lb, which when cleaned was full of dabs and sandeels.

Lots of club matches have been won with double figure bags. Seaham A.C. fished for the Coronation Cup last Sunday which saw 87 anglers weigh in 161 fish for a total weight of 154lb. Jimmy Barrass won with five fish weighing 10.10lb, Timmy Ibbinson had four for 9.18lb, including the heaviest of 5.72lb, and Danny Swan had eight totalling 8.92lb. Steve Harper won a Tynemouth match in the lower Tyne with 12 whiting, five cod and two dabs for a total weight of 23lb 15oz including cod of 5lb 10oz and 4¼lb. Tony Anderson won a retired members match with 16 whiting, three cod and two dabs weighing 17lb exactly. Tommy Tate won a Cleadon match on Roker pier with 16 fish for 12lb, Paul Wastell had the heaviest fish, a cod of 6lb 3oz taken from the Targets.

The Ryhope club match last Sunday saw 85 anglers fishing in perfect cod conditions and although some cod were landed it was the whiting that dominated the day’s fishing. Liam Simpson fished the Glass Centre in the Wear to land seven whiting and a cod totalling 6.10kg. Ken Hayley fished Roker and had 17 whiting weighing 5.98kg as did Steve Rackstraw who had 11 whiting for 5.21kg. Ryan Taylor was top junior with 15 whiting weighing 4.71kg, Paul Richardson had the heaviest fish, a cod of 2.08kg, and Gary Watson had the best flatfish with a nice winter flounder of 0.70kg. The Ryhope Tuesday sweepstake saw Mick Davison win with a cod of 4lb from the Targets, Paul Hossack had one of 3½lb from Roker pier, and Lee Burton had one of 2½lb.

The Dave Jobson Memorial Open is on Sunday January 24th with fishing from 7.30am until 11.30am between the Ice House in the Tyne and Seahouses South pier, all other rivers are excluded, fishing is allowed on Blyth pier. Basic entry is £10, juniors free if accompanied by a paying adult. Register at the Sea Horse, Plessey Road, Blyth from 6.30am until 7am. Weigh in from 12 noon until 12.45pm in the rear car park. Full cash payout for top three heaviest bags, heaviest fish and top junior.

Can You Really Afford To Lower Costs When it Comes to Boat Safety Equipment?