Just a few days on from the start of the mackerel invasion and they have moved inshore in numbers unseen since the early seventies. The whole of the Teesbay area is overwhelmed by quality fish approaching the 2lb mark and bigger. Some anglers report taking up to 300 fish one at a time on single lures. Good news if you like mackerel fishing, but for anything else forget it as the piers are full of feather chuckers on most days.

Some specimen plaice should be evident in the clear water; you may get an hour’s fishing at first light before the mackerel anglers arrive. However, the best bet for an alternative to this is to head for Crimdon with fresh ragworm, crab, and a light bass rod where plaice, flounders, bass and rarities such as turbot, which will take a fresh mackerel bait, can be expected.

All of the Region’s piers have seen plenty of mackerel on most tides and at South Shields and Roker there is usually a bit of room for bait fishing for plaice, pollack and coalies all of which have been taken on worm baits. Float fishing with ragworm has produced pollack, coalfish, and smaller cod. A few size cod continue to show during a nighttime session with fresh crab the best bait. 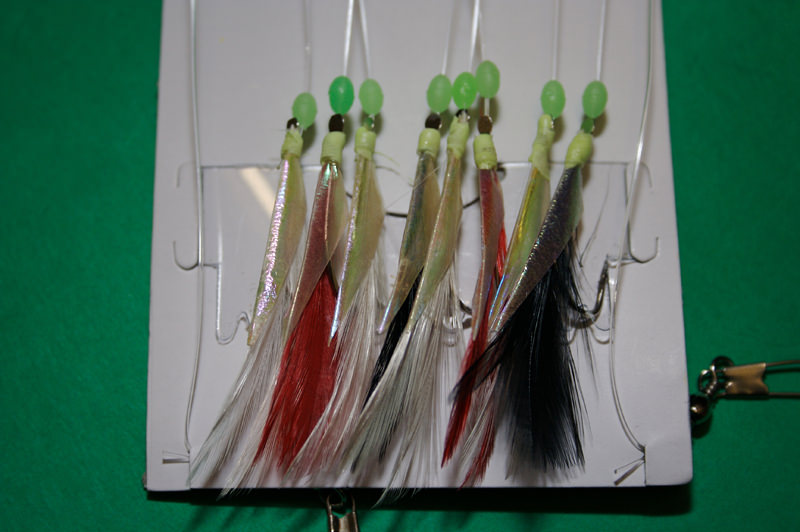 The Ryhope Tuesday Evening Sweepstake saw 21 anglers fishing the Wear where Bob Surtees won with a flounder of 1lb 1oz, piping Andy Rutherford by one ounce. The Ryhope Sunday match at the Copthorne Hotel on the Tyne saw numbers of small flounders present but none of the expected eels showed up. Paul Craig won zone A with 18 fish measuring 311cm, Terry Mann had 10 for 136cm, John Bryan had eight totalling 110cm and Steve Maw had eight for 106cm. Bob Surtees won zone B with 17 for a total length of 329cm, John Blayney had 14 measuring 293cm, John Lovett had 12 for 254cm, Bill Bland had 10 for 229cm, Mason Burton had the longest fish, a cod of 36cm and top junior was Oliver Redpath with two fish measuring 71cm.

A Tynemouth Retired Members’ match saw a good selection of species weighed in from the lower Tyne with 14 out of the 22 anglers finding fish. Wilf Reed had six mackerel and four plaice weighing 9lb 3oz, Tom Sawyer had five plaice, two dabs and a mackerel for 5lb 15oz, Steve White had four mackerel, a plaice and a dab totalling 5lb 2oz. Doug Spivey took the heaviest fish prize with a nice pollack of 4½lb.

The Rutherford Two Day Open on the Tyne saw Neil Cutler win with a second place on day one, 26 fish measuring 431cm and a win on day two with 22 for 417cm.

The first N.E. Kayak Open also produced a winning pollack for Dave Todd who took the award with a fish of 6lb 13oz.

The normally productive rock edge marks around Eyemouth have been a bit hit or miss lately with just the odd decent cod and coalie reported, and unusually very few pollack. However, Walter Turnbull and Paul Conroy on the Charlotte fishing close in to the cliffs at Eyemouth landed 60 fish, the best at 6.6lb and 8lb.

The Bedlington Station Summer Open is on Sunday August 11th fishing from 10.30am until 2.30pm between Tynemouth pier and Seahouses South pier. Basic entry is £10; juniors are free if accompanied by a paying adult. Top prizes are £200 for the heaviest bag, £100 for the heaviest fish, £50 for the heaviest flatfish, plus a supporting prize table. Register at the General Havelock, East Sleekburn, from 8am until 9am.

Do you target bass in Wales?