Club matches continue to see good numbers of cod weighed in but mixed bags are becoming more common. Some anglers are concentrating on the winter flounders when conditions are flat calm. Once again sessions after dark have produced the best results from the open shoreline.

A Newbiggin match saw 11 out of the 21 anglers weigh in 16 cod, two dabs, and a pouting. Dennis Wade won with a four cod bag weighing 4lb 8oz from Snab Point. Second placed Rob Thirlwell had a single cod and heaviest fish totalling 3lb 15oz from Cresswell. The Club’s most recent Christmas Fayre match clearly demonstrates the advantage of fishing for flounders in calmer daylight conditions, unless you want to take a chance of waiting it out for the odd cod from the rock edges. Sixteen out of the 40 entrants weighed in 34 flounders and 10 cod. An equal tie for first place saw Tony Taylor with six flounders for a total of 5lb 2oz from Cambois and Willie Emery with two cod weighing 5lb 2oz, including the heaviest fish of 4lb 1oz, taken at Marden. Joe Lindsay had eight flounders weighing 4lb 10oz from Warkworth, and Steven Smith had six flounders for 3lb 14oz. Peter Marshall had the second heaviest fish of 3lb 9oz. Top junior Tyler Haldon had three flounders totalling 1lb 15oz just ahead of Liam Smith with three for 1lb 12oz. Most of the flounders came from Warkworth. 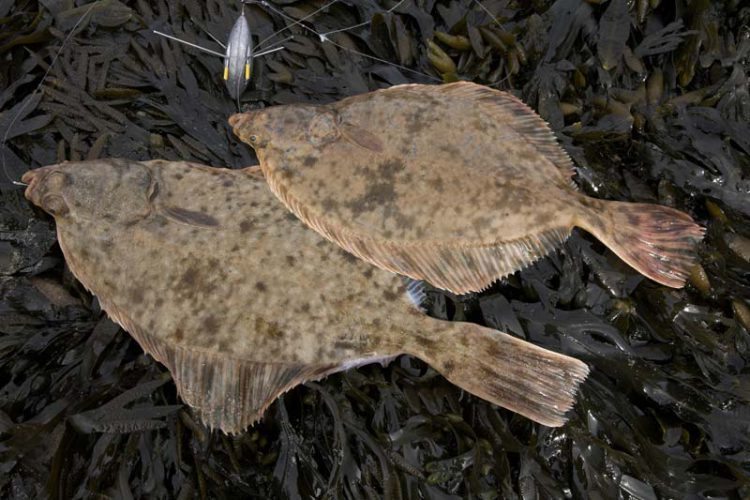 A Cleadon match saw most of those fishing heading for the shelter of the Tyne, a wise choice as there were plenty of smaller but in size cod showing on the tide. M. Daglish won with seven weighing 7lb 12oz, J. Haw had five for a total of 6lb 10oz, D. Browne had five for 5lb 13oz, and S. Start had three weighing 3lb 8oz. K. Hall braved the rock edges at Marsden and had a single cod of 3lb 3oz. Chris Hossack had a recent session in the Tyne and landed a cod of 7lb 2oz, an exceptional fish for the river.

For those wanting to travel, the Arbroath area continues to be increasingly popular, offering the chance of some big double figure winter cod, and a little bit of shelter from the recent Westerly gales when fishing from the more sheltered rock edge marks. There are plenty of cod showing over on the Cumbrian coast also, but few anglers would have ventured out in recent days, once the heavy seas die down there should be some good cod sport here also, as well as around the inner Solway marks, Balcary being one of the more obvious choices.

The Seaham Boxing Day Heaviest Fish Open will be fished from 12 noon until 5pm between Hendon Groyne (excluded), to Hawthorne Hive. The North pier will have 100 pegs available, weather permitting. Basic entry is £10 plus optional pools and team events. Register at Seaham clubhouse from 10am until 11.30am.