A heavy southeasterly sea last week saw all areas produce cod, although results were a bit hit or miss anglers. The Pilot pier at Hartlepool saw cod to 4lb taken when the other piers were unfishable but when the sea dropped off again for the weekend, the hordes of whiting quickly moved back inshore, though some anglers report cod to 7lb landed on early morning tides from the piers and the promenade. The better bags of cod were taken early last week when Gary Pye had five cod for 35lb, best 12lb and 10lb taken from Hawthorne. Paul Green had one of 11lb 6oz at Easington. Wayne Gleaves had a cod of 13½lb from Roker pier, Grahem Gillespie had one of 12¼lb from Blyth pier, and Peter McFarland had a cod of 9lb from Hartley Skeer. The small beach between Roker and Rathouse Corner has produced a lot of smaller cod on night tides, and has proved to be very productive during heavy seas. Club results north of the Tyne seem to have dropped off a little with few double figure bags reported and the better cod sport now seems to have moved down to the Seaham area, the Durham beaches, and into Teesbay, but only if you can avoid the whiting.

Hartlepool O.M.A.C. started the year off with three recent matches all of which produced some decent weigh ins and mixed bags. The first saw 18 out of the 22 weigh in 56 fish and Paul Lee had the heaviest fish of 3¾lb followed by Liam Ferguson with a cod of 1¾lb. Jay Kelly had the heaviest bag of 5lb 9oz ahead of Steve Corrigan with 4lb 12oz. Their second match saw 13 out of 21 anglers weigh in 45 fish. Jay Kelly had the heaviest; a cod of 4lb 7oz, Steve Wilson had a cod of 2lb 10oz while Steve Gibbins Jnr. had the best bag of 8lb 3oz followed by Jay Kelly with 7lb 2oz. Their most recent match saw 14 out of the 18 attending weigh in 65 fish mainly flounders. Chris Smith dominated with the top two heaviest fish of at 1½lb and 1lb 3oz and he had the best bag with eight flounders totalling 7lb 10oz. Second placed Simon Robinson had seven flounders weighing 4lb 10oz. 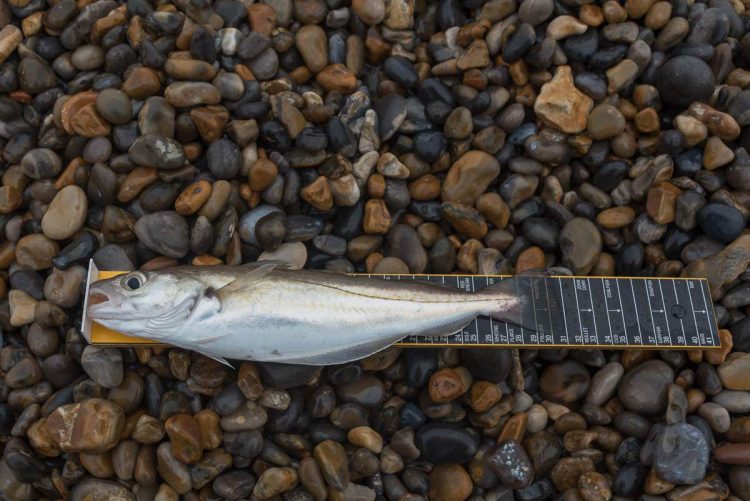 Seaham A.C. fished for the Kirton Cup last Sunday with 37 members out of 76 weighing in 164 fish for a total weight of 164.53lb. Dean Ambler had two cod from the North Pier for a total of 16.41lb, the best a specimen of 14.91lb. Gary Pye had 13 fish for 12.57lb taken from the Blast Ledge, and Darren Swan had 13 weighing 11.22lb from the same venue. The Seaham Friday night Badger Open saw 35 land 105 fish totalling 78.50lb. First place for the heaviest went to William Rowntree with a dogfish of 2.02lb taken from the North pier, Gary Pye had a cod of 1.72lb from the Blast Ledge, and Dean Furness had a whiting of 1.64lb from the pier. The heaviest bag went to Gary Pye with 18 fish weighing 17.04lb.

The rock edges around Marsden and Whitburn continue to produce cod, mainly on a nighttime tide. Kevan Hall won a Cleadon match with a cod of 4¾lb taken at Whitburn, Mark Shotton fished the Tyne to land four fish for 3lb 13oz, and Richard Landsbury had a cod of 3lb 5oz at Marsden. North of the Tyne, Dave Crudas won a Seaton Sluice match with two cod and a single whiting weighing 4lb 11oz. Colin Bell had a mixed bag of whiting and flounders to win a Whitley Bay match with 4lb 1oz, Don Nicholson had the heaviest fish, a flounder of 1lb 6oz. Iain Galbraith won an S.B.R.A.A.C. match with three cod for a total of 4lb 14oz taken from Rocky Island. A Tynemouth winter league match saw Dave Rae win with three whiting and a flounder for a total of 2lb 6oz, and a Tynemouth retired member’s match produced a 6lb 11oz winning bag of two cod, the best weighing 3lb 14oz, and one whiting for Dave Hayley.

The Ryhope Tuesday evening sweepstake produced a few cod among the whiting. Mick Newton had the best of 3lb 2oz followed by Lee Burton with one of 3lb. Whiting dominated the Ryhope match on Sunday fished by 62 anglers. Steve Swinhoe went to Seaham Hall beach to win with eight whiting for 2.43kg, Keith Carter had seven weighing 2.42kg, and Colin Smedley had six for a total of 1.91kg. John Blayney had the heaviest fish, a cod of 0.90kg, Gordon Russell had the best flatfish at 0.67kg, and top junior was Ryan Taylor with four whiting for 1.41kg.