While flatties and whiting have made up the bulk of catches from the shoreline and rivers some anglers have managed to pick up the odd better cod despite the recent gale force winds making fishing almost impossible from the Region’s piers and exposed beach marks. Severe Westerly gales did manage to put just a little bit of movement on the sea along the shoreline and it was the beach and low water marks that generally produced the better fish. The clean ground low water marks such as Crimdon often fish surprisingly well during such conditions, and a night time session at such marks have generally produced the best results for bigger fish. Those who have headed for the shelter of the rivers have taken bags of up to eight smaller cod on some tides with plenty of the usual flounders and whiting amongst them.

South of the Tees shore sport has been fairly good with large bags of whiting taken from the marks around Redcar and Saltburn, but further down the coast towards Whitby anglers have been taking bags of up to 30lb of cod. 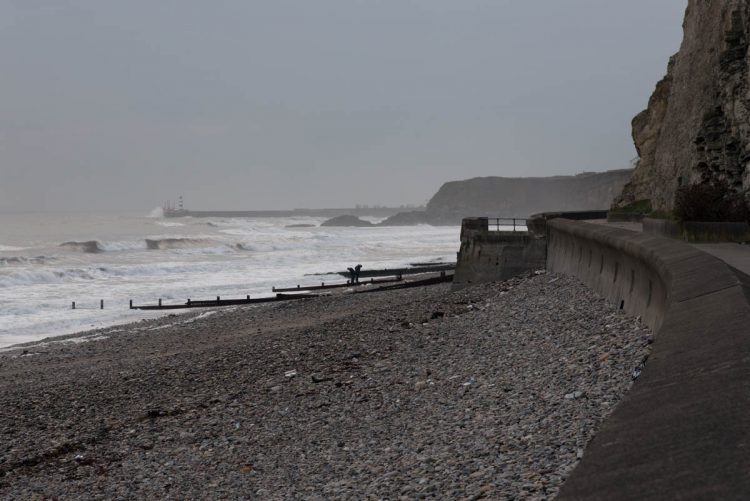 The Seaham Badger Heaviest Fish Open on Friday night saw 27 anglers trying to stay upright in the severe gales that saw 17 of them weigh in 34 whiting, 11 cod, five flounders and a coalfish for 52.94lb. Massimo Biffetti fished Hall beach to win with a cod of 5.11lb, he also had the heaviest bag with seven fish for 8.87lb. Joe Greaves had a cod of 3.53lb, and Neil Smith one of 2.47lb. A Tynemouth match in the lower Tyne only produced whiting and coalies, Chris Robson won with five whiting weighing 3lb 1oz, and Tony Anderson only needed a coalfish of 13oz for second place. A Whitley Bay match saw the better fish come from Blyth beach where Colin Bell won with four whiting, two dabs, and one cod for a total of 6lb 7oz ahead of Chris Stringer with a similar bag for 6lb 3oz.

The Ryhope Tuesday Evening Sweepstake was won by Chris Hossack with a cod of 5¾lb taken on fresh crab and cart bait from Roker pier, it was his only bite of the night. Lee Burton fished the Targets and had two cod of 4lb 5oz and 3½lb.

A reminder that next Sunday December 13th is the Ryhope Christmas match with fishing from 1pm until 6pm.