Sport picked up early last week with a bit of a northerly swell on Sunday producing the best results, with quality fish showing from all areas, although sometimes few and far between but at least they were there. Middleton pier saw cod to 4lb taken, as did the Staincliffe and promenade marks when fishable but the best results came from the North Gare where fish to 6lb were landed. John Wilson fished the local piers and had several cod to 4lb. As the sea died down the inevitable whiting showed up, some were a decent size around the 1½lb mark and many anglers had double figure bags. A little bit of movement midweek kept some cod inshore and generally most marks fished well for the smaller cod at this time with some bigger whiting and fresh winter dabs keeping many anglers happy.

As is often the case the best results came north of the Tyne where the better fish tend to move onto the clean ground marks at this time of year. A Tynemouth match shows the obvious difference. Tony Anderson fished Blyth beach to win with 14 cod for a total bag of 38lb 15oz, Paul Foster fished Whitley Pipe to land three weighing 8lb 15oz, the best at 6¼lb, and Chris Skinner had two for 6lb 10oz. Blyth beach produced nine cod weighing 15¾lb for Chris Kell to win a Blyth match, and Paul Brown won a Whitley Bay match at Blyth with four cod totalling 7lb 1oz, the rock edges have tended to produce the bigger fish and David Airey had the heaviest fish, a cod of 6lb 2oz from Collywell Bay. 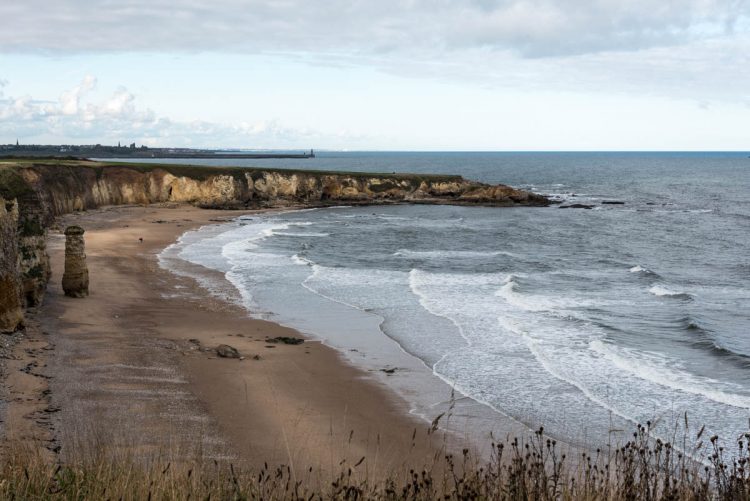 The Tyne has been popular offering a bit of shelter in the recent strong winds and cod averaging around 2lb have been landed from most of the more popular marks along with whiting and flounders. The Wear has also produced cod and small coalies in the lower river and lots of flounders from the upper river marks.

The rock edge marks between Roker and South Shields have been productive again and offer some shelter from the recent gale force westerly winds. The Ryhope Tuesday evening sweepstake saw Peter Moir win with a cod of 1.06kg taken at Marsden, Walter Yardley also fished here to land one of 1.00kg, as did Stu Footes with a cod of 0.85kg. The Fishermans Locker sweepstake on Wednesday saw everyone head to the rock edges for bigger fish this time. Steve Rackstraw had a cod of 6½lb; Rob Greenhow had one of 5lb 10oz, Terry Woods one of 4¾lb, and Dave Turnbull one of 3lb 14oz.

The Sunderland Open on Sunday saw 72 of the 258 entrants weigh in fish; those with local knowledge headed for the shelter of the cliff marks almost out of necessity in the severe conditions, luckily the gales had put just enough movement on the sea to bring some big cod inshore. First prize for the heaviest fish went to Dean Turnbull with a nice cod of 3.57kg taken at Marsden, Peter Moir had one of 2.97kg, and Alan O’Neill had one of 2.50kg. Top junior was Ryan Taylor with a whiting of 0.23kg, those who fished the Wear for the best flatfish were generally disappointed and Rob Feenan only needed a flounder of 0.50kg to win.