Some visitors to the Tromso area have enjoyed excellent sport recently with good reports of big spring cod. A group fishng out of Malangsgrunnen with Arctic Fishing Adventures had a terrific session recently.

The guys had many fish over 20kg and the trip was topped off by Marcus who landed a fish of 37.1 Kg. The incredible fish was over 150cm and had a massive girth of 95cm. Like the majority of the skrei cod at this time of year the fish was heavily laiden with roe. It the fish had been weighed on land immediately after capture there’s a good chance that it would have beaten the Norwegian record.

On the same drop Marcus also had two other cod weighing over 7 Kg each.

Per intends to target the spring cod from Tromso in 2011 so get your bookings in now. http://www.fish4u.se/f4uenglish.asp 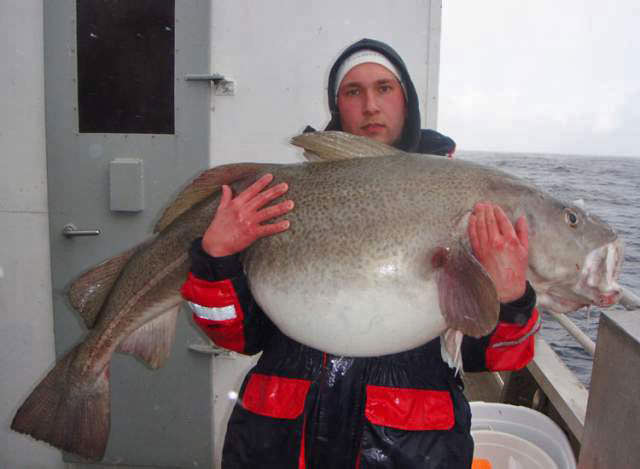