The sea fishing on the Lancashire coast has been very up and down no fish one day then some good fish caught the next day.

There seems to still be bass, plaice, sole and the odd smooth hound around at the moment with rag worm being the winning bait. Certain areas of the coast seem to be void of fish but other areas such as the Gynn Wall can be prolific in the right areas, for instance the deeper water between the Go Kart track and the Miner’s Home.

We do have some wind finally from the west so this should stir things up but at the moment most days it has been over powering in some areas.

Geoff Row had a nice mixed bag of fish on the Wall with bass, plaice, flounder and a sole all caught on black worm.

Fleetwood and District Angling Club were out at Beach Road and the Point and proved that fishing can be extremely frustrating. Everything looked spot on weather wise for the Club match but it turned out having good conditions were to no avail, and fishing was terrible.

Twenty-two anglers fished and only two fish were caught.

The fortunate two were Simon Dawber and Bob Egan who both had a fish worth five points, Bob a flounder and Simon a plaice.

Hopefully it will be more productive this week on the Wall at the Miner’s Home. 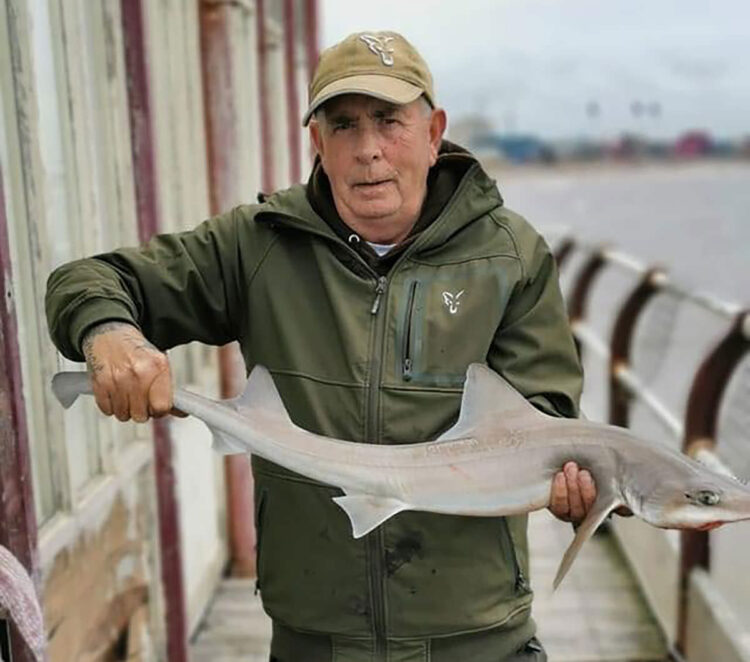 Leyland and District Sea Angling Club fished for the Abbey Leisure Trophy at the Bullnose, Preston.

First place and the Trophy goes to Sue with an eel and four flounders. Second placed Martin Cunningham had two eels and two flounders. Peter Pilkington finished third with five flounders ahead of Fred Howard with two flounders including the biggest fish at 38cm.

Thanks again to the 12 members who supported the match.